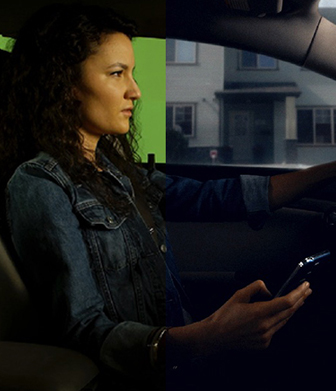 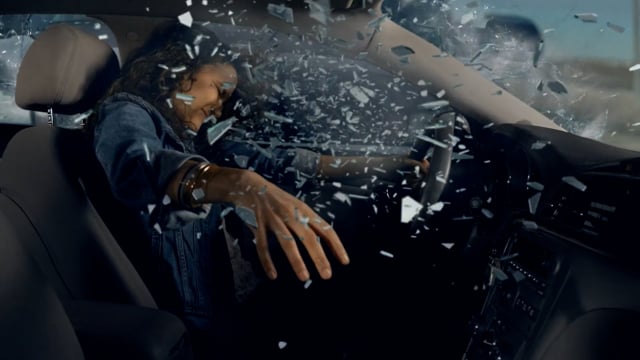 Welcome to the seventh and final installment of our behind-the-scenes look at the production of the recent road safety commercial that Java Post Production made with Phoenix Group for SGI (Saskatchewan Government Insurance). See the Related Project Video to watch the finished commercial.

We've wrapped up our green-screen shooting at the Canada Saskatchewan Production Studios in Regina, and we've taken the footage back to Java Post Production for editing, visual effects, and final colour grading.

Below are some before/after images to illustrate the way Java Post Production transformed the original camera footage into the final commercial scenes. 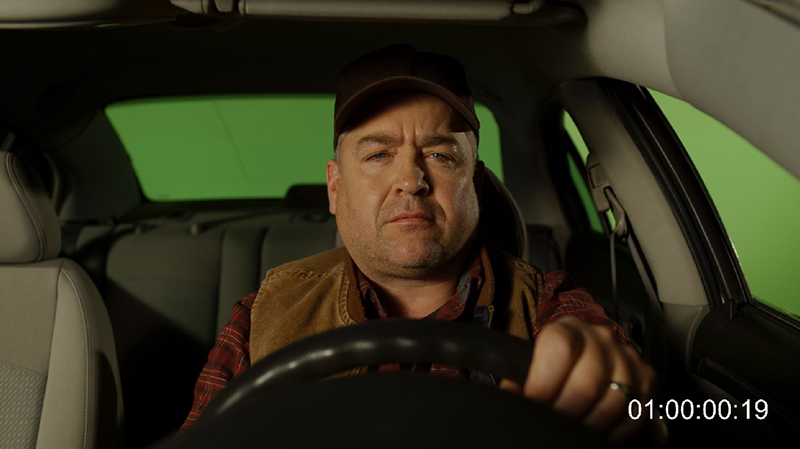 Above is an original camera shot of our rural truck driver. Now let's go to the "after" shot. 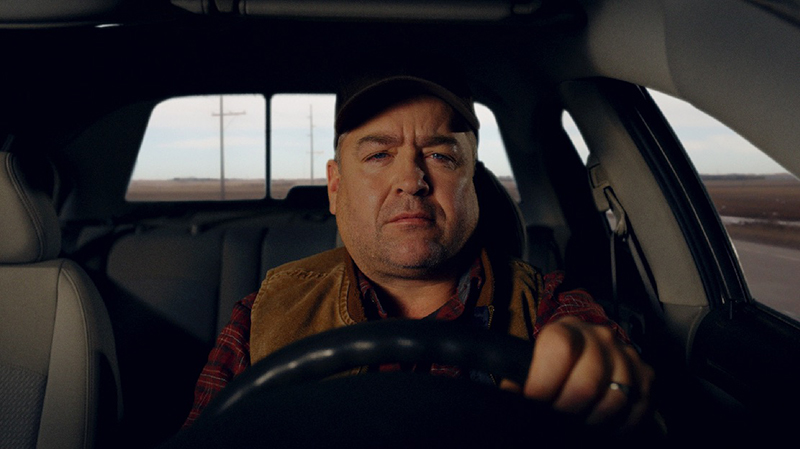 Here you can see that we've replaced the green screen background with exterior footage, to make it look as if our actor is driving along a rural road. The final colour grading of the shot blends overall appearance of our driver with the exterior image.

As well, take a look at the upper left corner of the rear window. Now look at the same area in the "before" picture. Notice how we've squared off the shape and added a vertical bar to make it look more like the rear window in a half-ton truck. 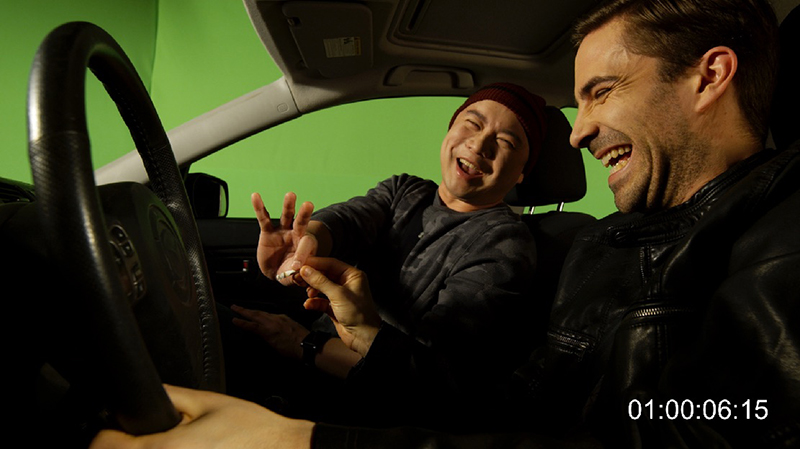 Now here are our two "jazz musician cigarette" smokers in their "before" shot. Pay particular attention to the, ahem, "cigarette" that they're sharing. 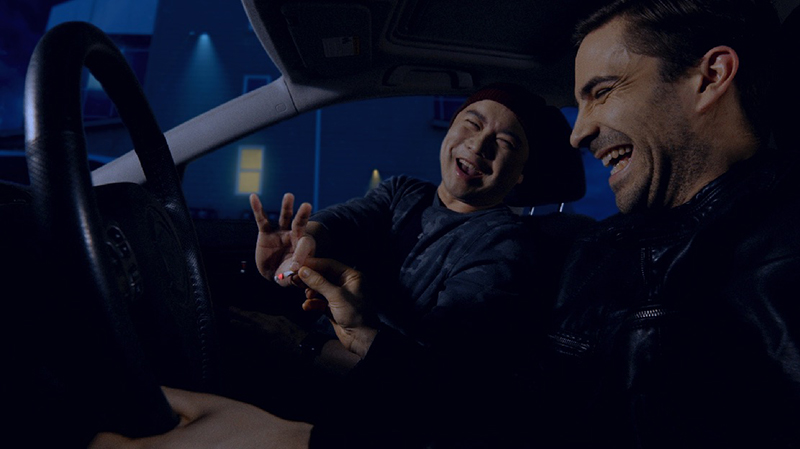 Thanks to the visual effects and colour grading done at Java Post Production, our two fellows are now driving at night. And the "cigarette" they are sharing has a bright orange burning glow. 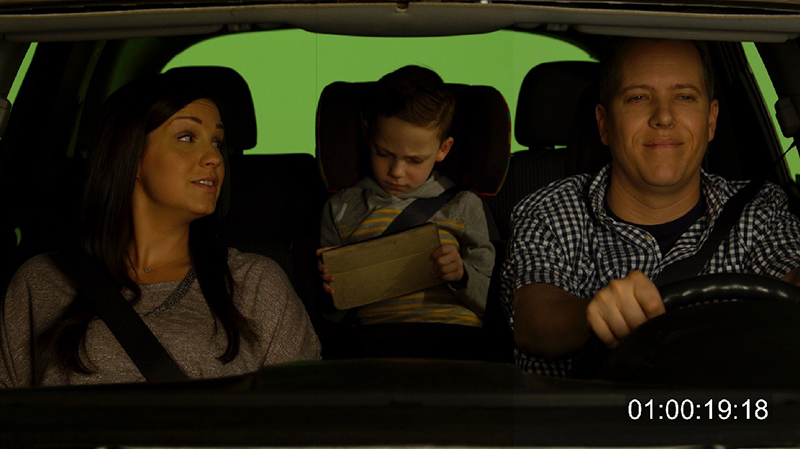 Now let's move to our family of three: Mum, Dad, and Son. Here's the green-screen "before." 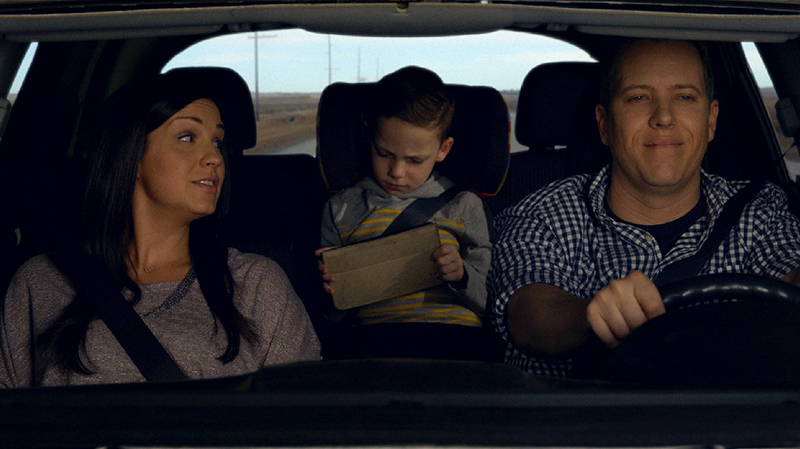 And here's the "after." The interesting thing about this scene in the finished commercial is that it was made up of three separate takes. We liked Mom in one take, Dad in another, and the Son in yet another take. So we combined those three separate takes into the final scene you see in the commercial. 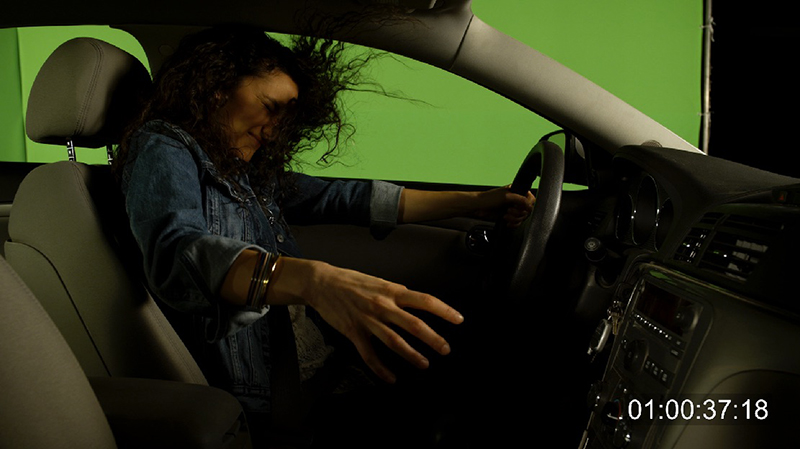 You may remember from an earlier post how we used an air cannon to make the hair of our female texter blow around, as if she was in a collision. 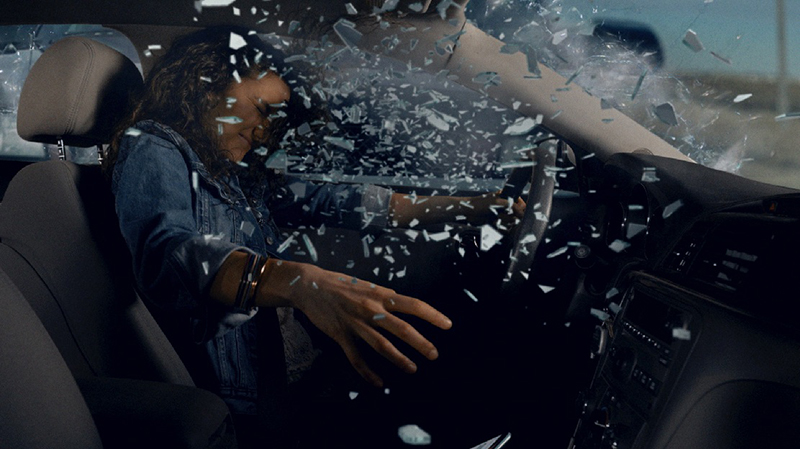 Well, here's how it looks when our Java Post Production team replaces the green screen background with exterior footage of a truck hitting the side of her car, adds broken windows and 3D flying glass, and colour grades the entire scene. 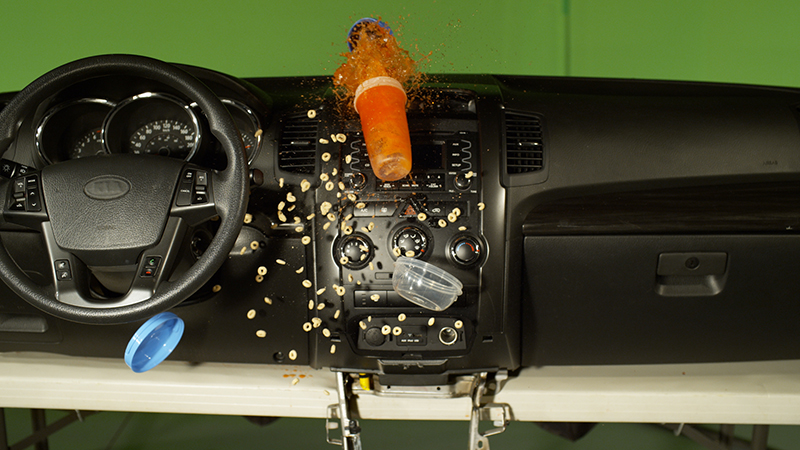 The final dramatic shot of the commercial was created in several layers. Above is our car dashboard (glamorously clamped to a folding table) being hit with a flying sippy cup and container of Cheerios. You may remember reading about how we did this in our earlier post. 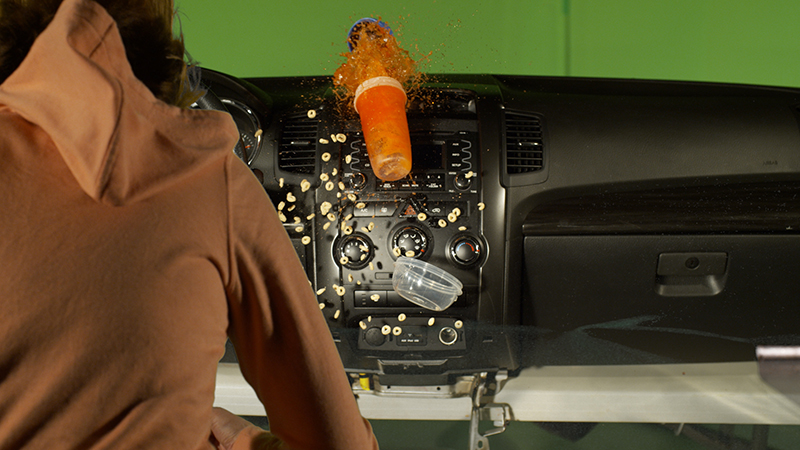 Then we add the layer of our female driver - shot separately - lunging forward as if she was about to collide with the steering wheel. 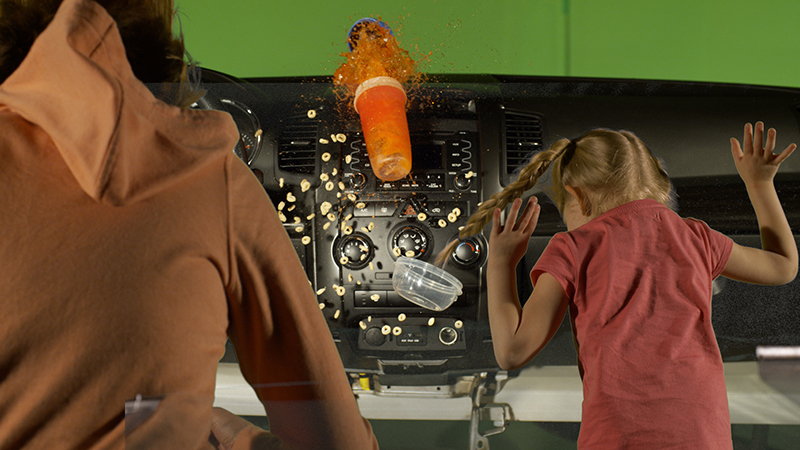 Our next step is to add the shot of the young actor playing the daughter character. In this earlier post, we described how her shot was recorded. 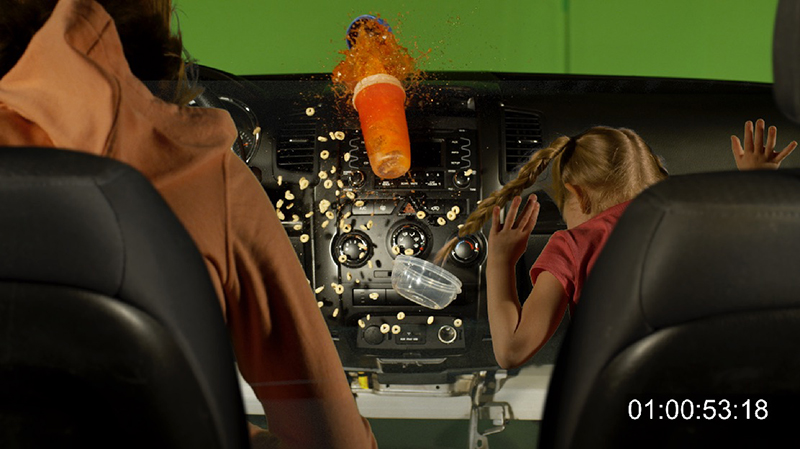 The final layer is a shot of the two front seats. The seats were originally shot in sharp focus, and some blur was added later to more accurately fit the overall depth of field we desired for the final composite. 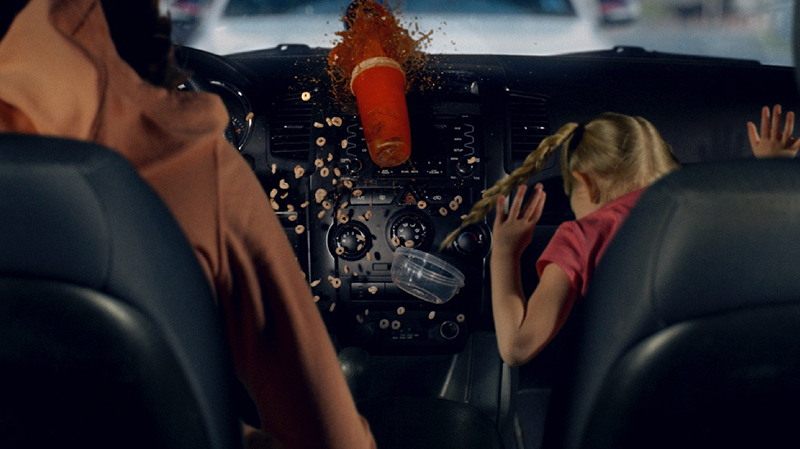 We finished up by adding in the lower-center part of the dashboard console (to cover the clamps and folding table), replacing the green screen background with exterior traffic footage, and colour grading the entire scene.

This brings us to end of our multi-part, behind-the-scenes look at the recent road safety commercial for SGI.

When you view the commercial, it all goes by in just 60 seconds. However, as you've read here, weeks of work by many people went into that brief minute of commercial time.

Thank you for joining us on the journey.