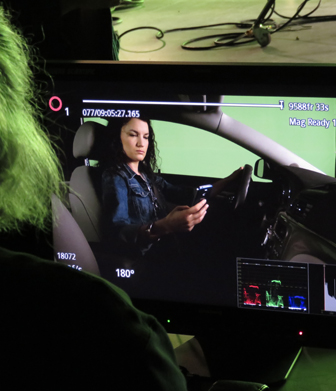 It's time for the fourth installment of our behind-the-scenes look at the production of the recent road safety commercial that Java Post Production made with Phoenix Group for SGI (Saskatchewan Government Insurance). See the Related Project Video to watch the finished commercial.

Then again, the green screens don't move at all, so we guess you could say they were "super-NO-motion." 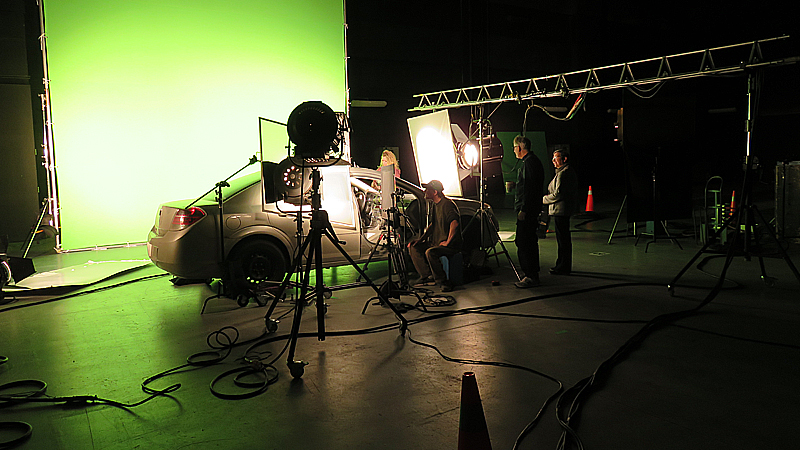 Above, we're set up to shoot footage of a woman who is texting on her cell phone when she should be driving. Tsk tsk tsk. That's very dangerous. Never do that. Except for commercials inside sound stages when you're surrounded by lights, camera gear, and production technicians. Even then, don't do it until the director calls "Action!" 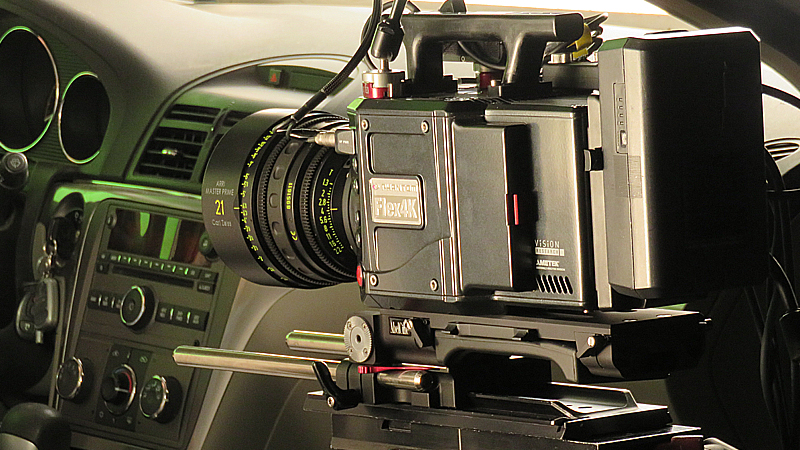 A closer look at the Phantom Flex 4K super-slow-motion camera. How slow-motion is it, you ask? Well, we usually record our productions at 24 frames per second (23.976, to be precise). That means, for every second of real time, we record 24 separate shots. We play the footage back at the same speed (24 frames per second) and it all looks normal.

But, with this camera, we're recording up to 1,000 frames per second. When we play that back at 24 frames per second, what takes 1 second to happen in real life will takes a little more than 41.5 seconds to watch. So, for example, if it takes an actor 10 seconds to smile and wave at the camera, that will take almost 7 minutes to watch. Man, our editor is going to hate us. 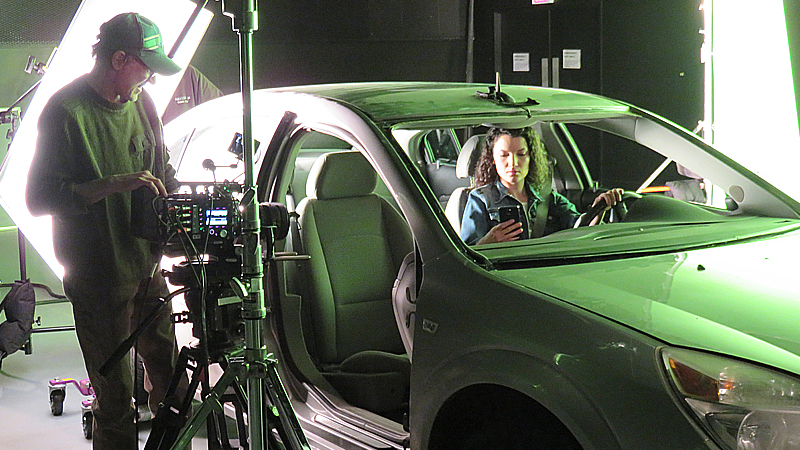 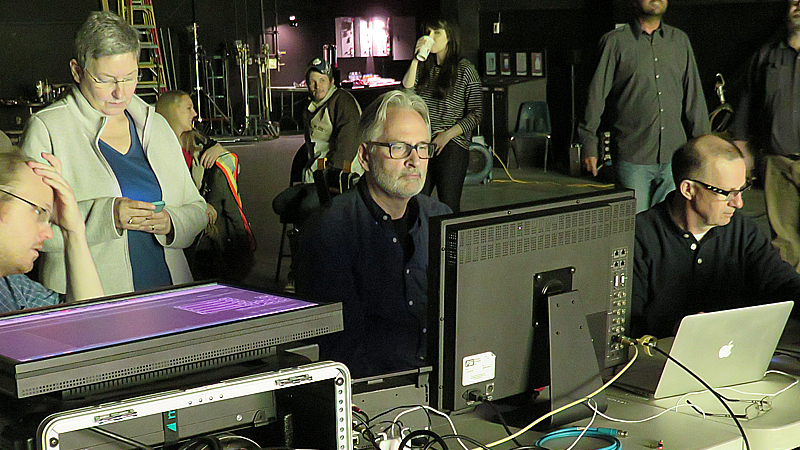 There's an old saying that "it takes a village to raise a child." Well, substitute the commercial for the child and substitute all these people (and more!) for the village. In the foreground left to right are our slow-motion technician Luke Campbell, our producer Joan Speirs, our director Stephen Hall, and Java Post Production owner/post-production wiz/aerial photography pilot "Java Jack" Tunnicliffe. 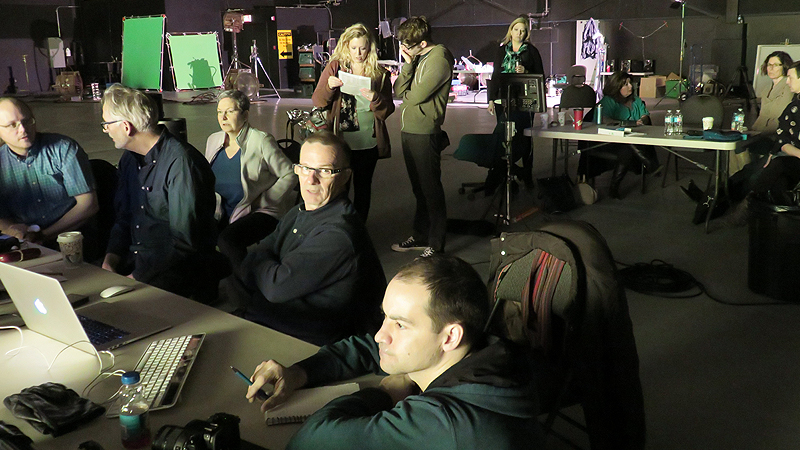 See? We told you there were even more people involved. There's Randy Shumay of Java Post in the centre foreground, while, in the background there are creative directors, art directors, writers, and account executives from Phoenix Group keeping us all on the right creative track. Or road, in this case. Overseeing it all is our client: Toni Ennis, Manager of Marketing, Advertising and Events for SGI. 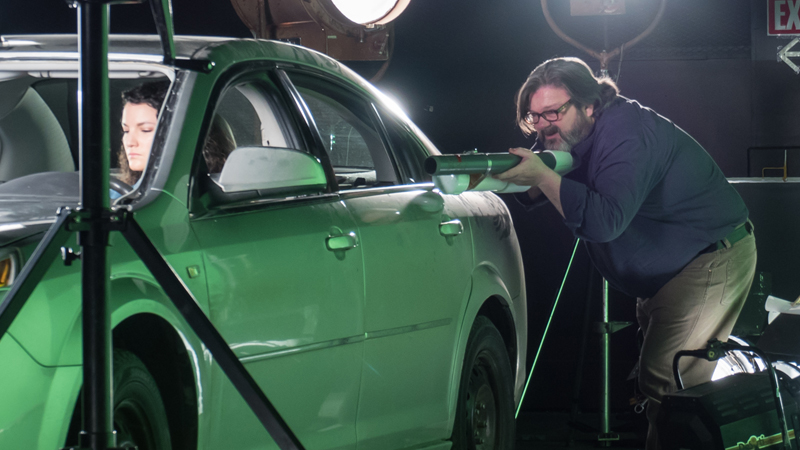 No,you're not witnessing highway robbery. This is our special effects technician, Jay Robertson, hiding out of camera view and ready to use an air cannon on our actor. At a cue from our director, Jay will shoot a powerful (but harmless) puff of air at our actor, which will make her hair blow out in all directions. That will help create the illusion that our actor is being tossed around in a collision. 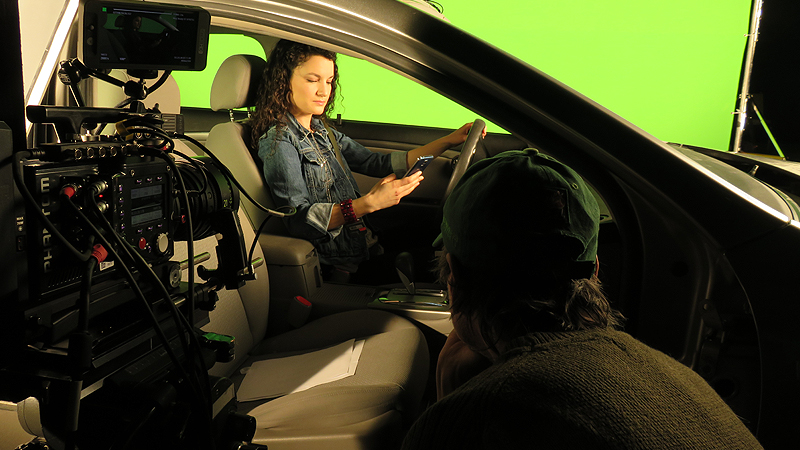 The green screen behind our actor will be replaced by exterior footage we recorded earlier. 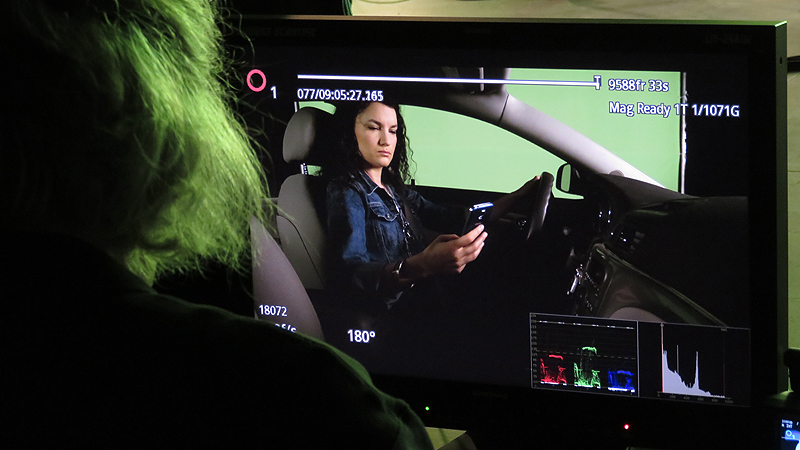 Here's how our actor appears on the camera monitor... 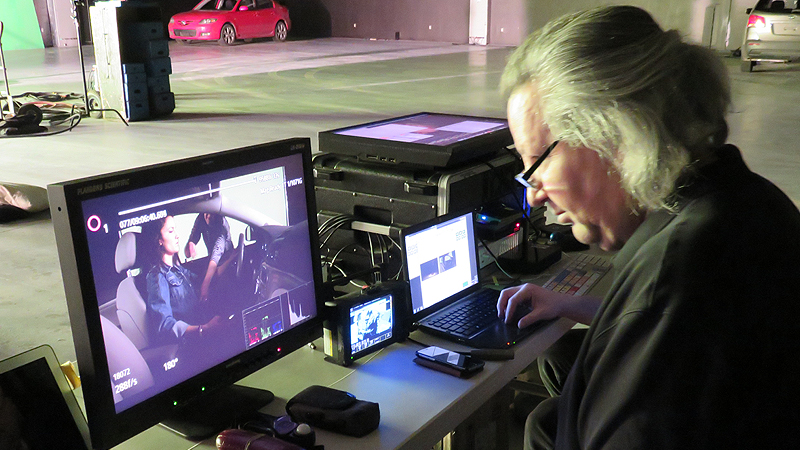 ...which is watched closely by our Director of Photography, Peter LaRocque. In the background of the Canada Saskatchewan Production Studios you can see two other vehicles which will be used for other scenes in the commercial. 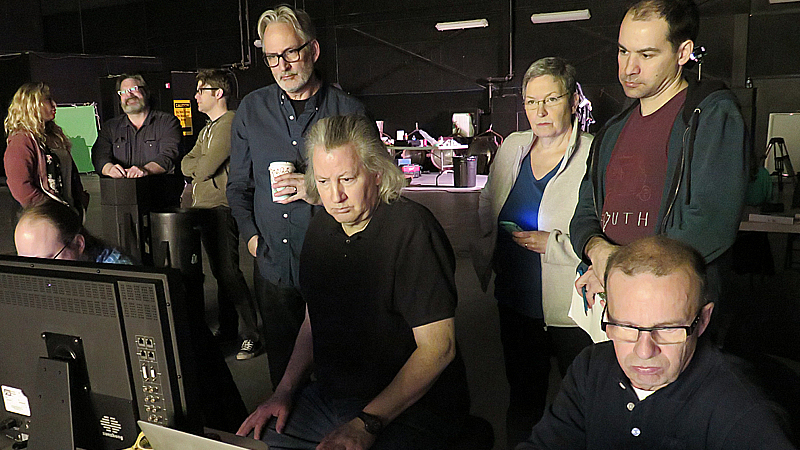 And it's not just Peter keeping a close eye on the camera monitor. Stephen, Joan, and Randy are also interested in the action. 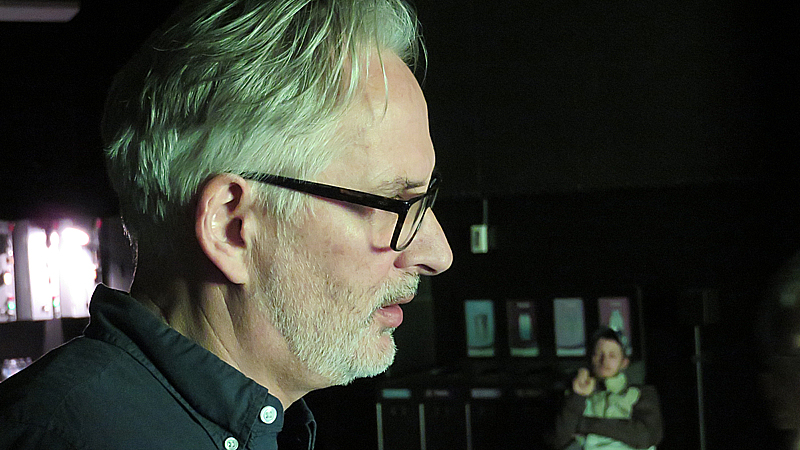 And now it's time for a quick profile of our director, Stephen Hall. 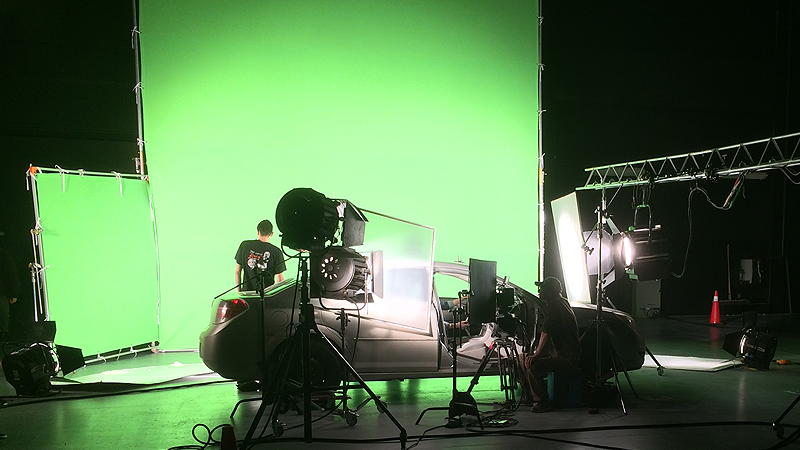 Thanks for reading part four of our behind-the-scenes look at the making of our recent road safety commercial for SGI. Part five is coming up next.