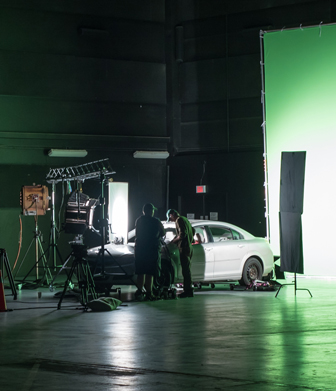 Time for part three of our behind-the-scenes look at the production of the recent road safety commercial that Java Post Production made with Phoenix Group for SGI (Saskatchewan Government Insurance). See the Related Project Video to watch the finished commercial.

Our production has now moved into the Canada Saskatchewan Production Studios in Regina for two days of shooting. We're working with vehicles, actors, and large green-screen lighting rigs, so the facilities at the production studios are perfect for this project. 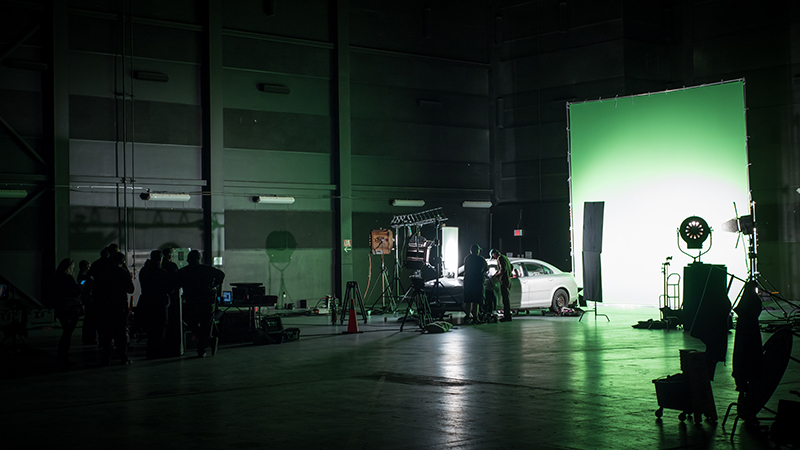 A wide shot of one of several set-ups we had inside the Canada Saskatchewan Production Studios. 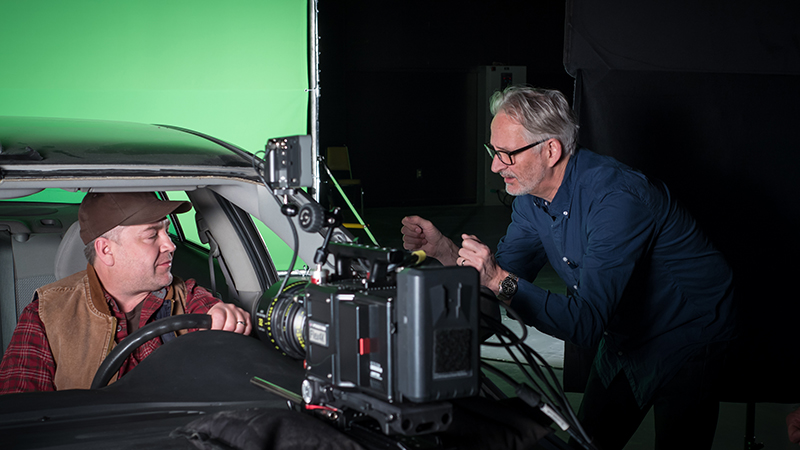 Director Stephen Hall (right) talks with one of our actors, describing what will happen in this shot. In the foreground is our super-slow-motion camera, a Vision Research Phantom Flex 4K. In the background is one of our green screens. Back at the Java Post Production edit suite, the green will be replaced with exterior footage we shot earlier. 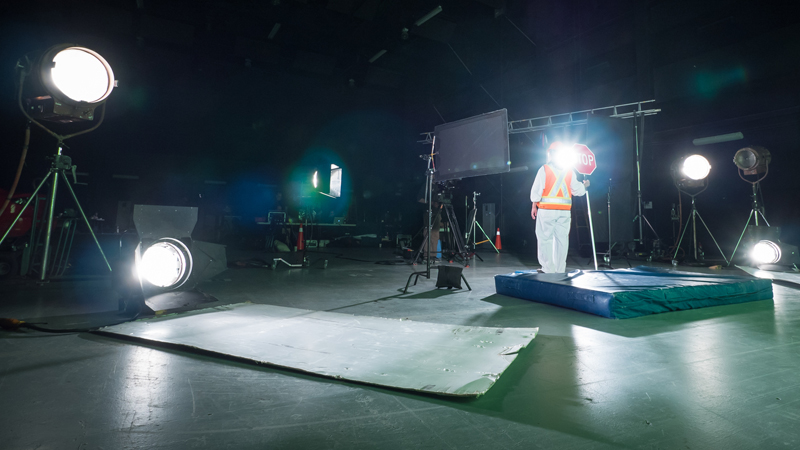 Here we look back towards the camera as we shoot a scene with an actor portraying a road crew worker. You can get an idea of all the bright lights shining on the actor and the large green screen that is behind her (out of camera view). You can also see a large blue mattress on the floor behind the actor. There's a reason for that.

In this scene, our road-crew actor has to react as if an out-of-control vehicle is coming towards her. So, just in case she falls while she reacts, we have the big blue mattress ready to cushion her fall. 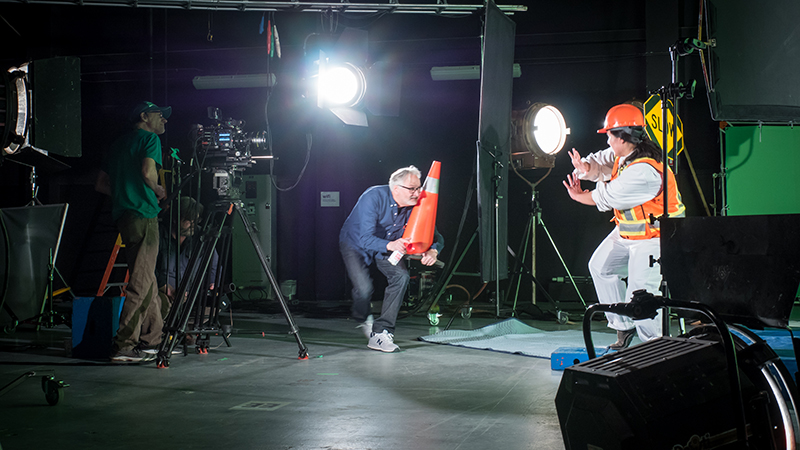 Of course, to get a good reaction from an actor, you have to give your actor something to which they can react. So, playing the part of an out-of-control vehicle is our director, Stephen, holding an orange traffic cone, blasting an air horn, and running full speed at our actor. This got a reaction, all right.

And we're pretty sure this is just how Orson Welles directed Citizen Kane.

Join us again for part four of our behind-the-scenes look at the making of the latest SGI road safety commercial.