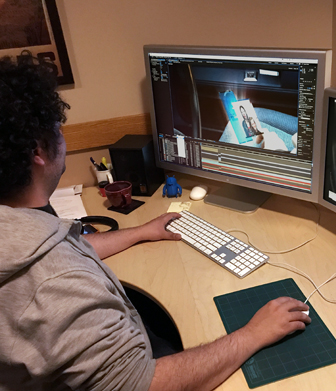 Here are a few behind-the-scenes shots of one of our animators, Tomás Ibar, creating some futuristic visual effects for one of the shots in the movie. 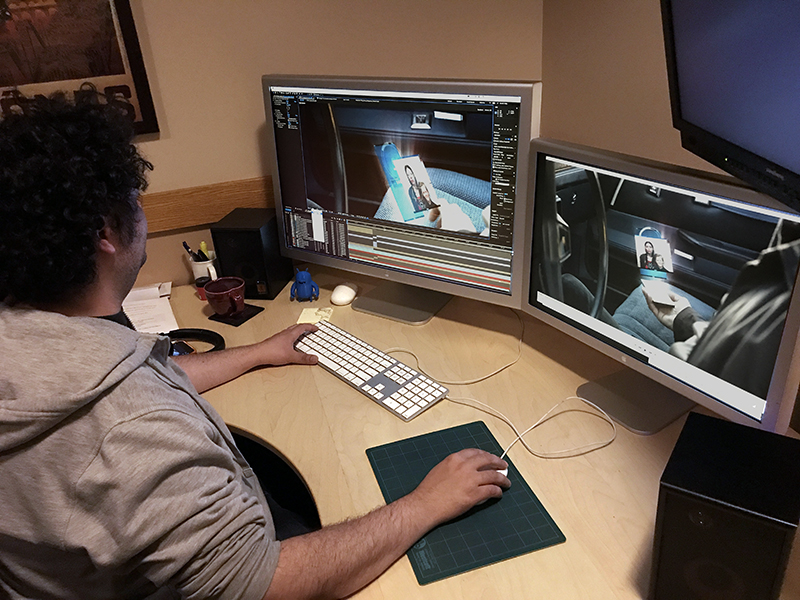 Tomás creates a hand-held holographic communications screen for one of the film's characters. 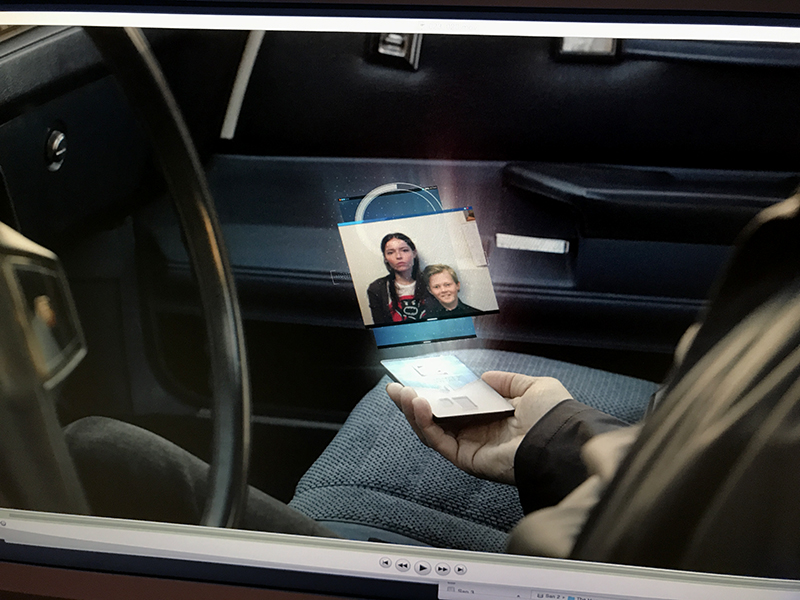 Think of it as the next step in cell phone technology.

Produced by Minds Eye Entertainment and directed by Rob W. King, The Humanity Bureau is a dystopian thriller set in the near future that sees the world in a permanent state of economic recession and facing serious environmental problems as a result of global warming. The movie stars Nicolas Cage, Sara Lind, Jakob Davies, and Hugh Dillon. 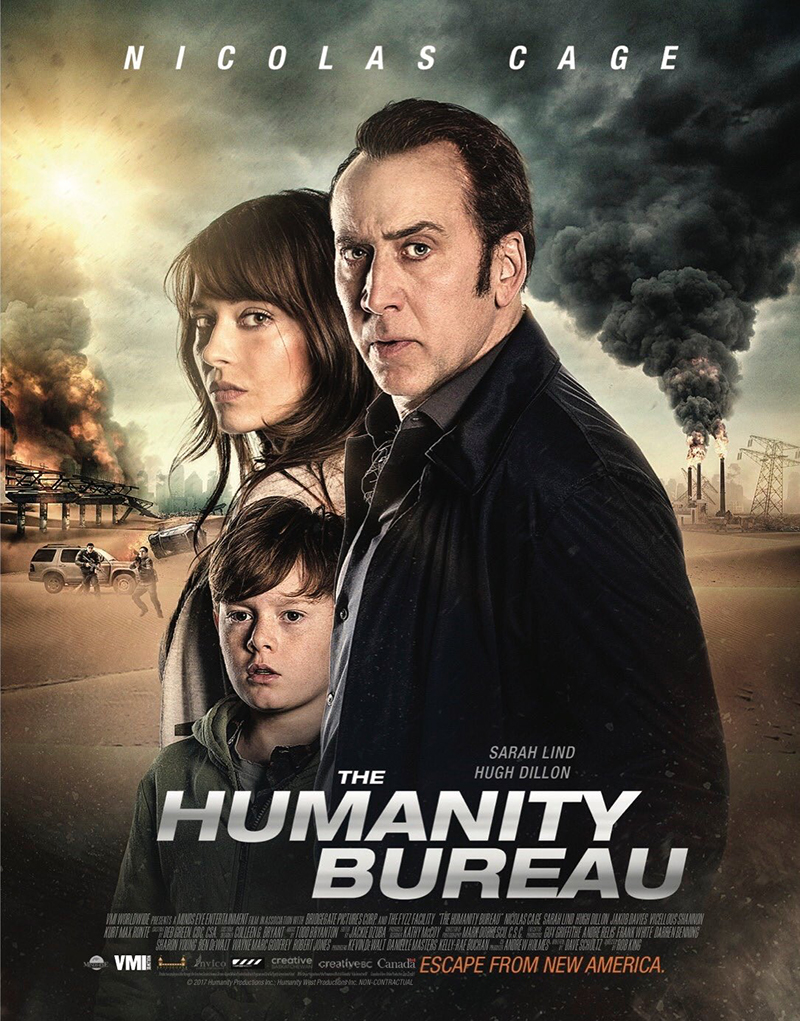