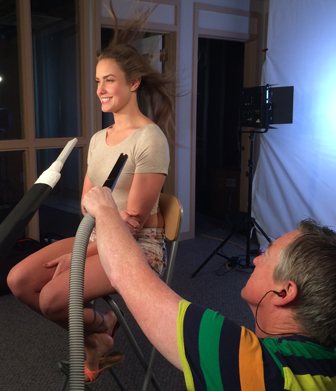 Getting blown away with SaskTel and MGM Communications. 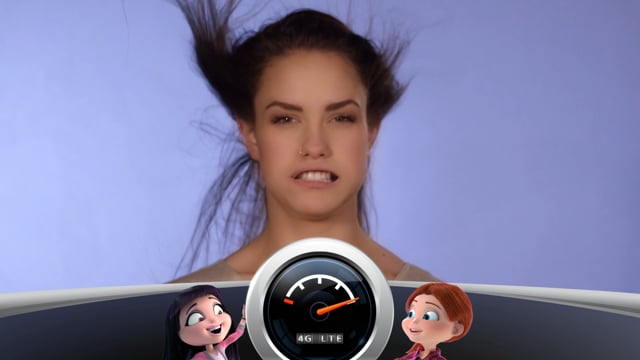 Java Post Production had fun working with our friends at MGM Communications to create this playful commercial for SaskTel's 4G LTE service. It's a spot that will (ahem) blow you away, pardon the pun.

Our model, Raya from the Edge Agency, was very patient as we aimed powerful leaf blowers at her head and proceeded to just about knock her off her chair, while we gleefully filmed everything in super slow motion at 240 frames per second. The outtakes are pretty hilarious, let me tell you!

Scroll down to see a few behind-the-scenes photos. To view other examples of work done by Java Post Production, CLICK HERE. 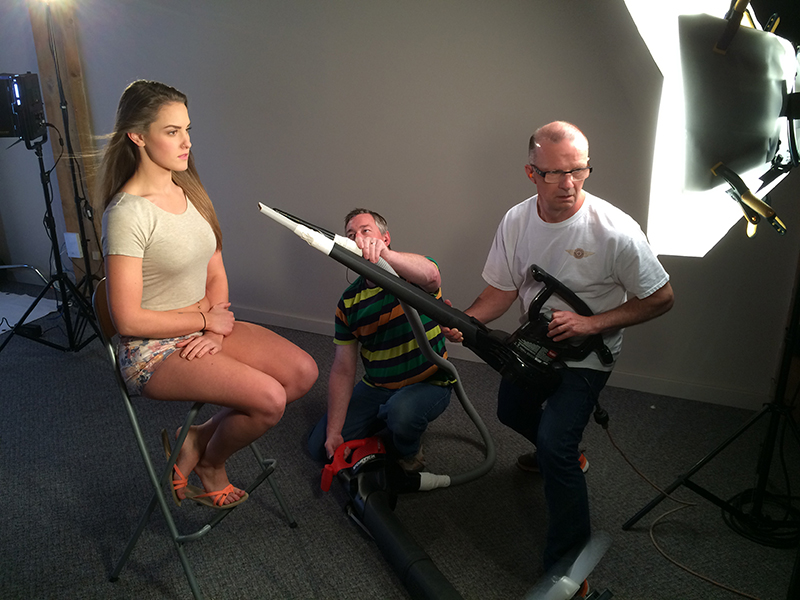 Jack (right) and Trevor aim their leaf blower nozzles at Raya, who is probably wondering what the heck is going on. 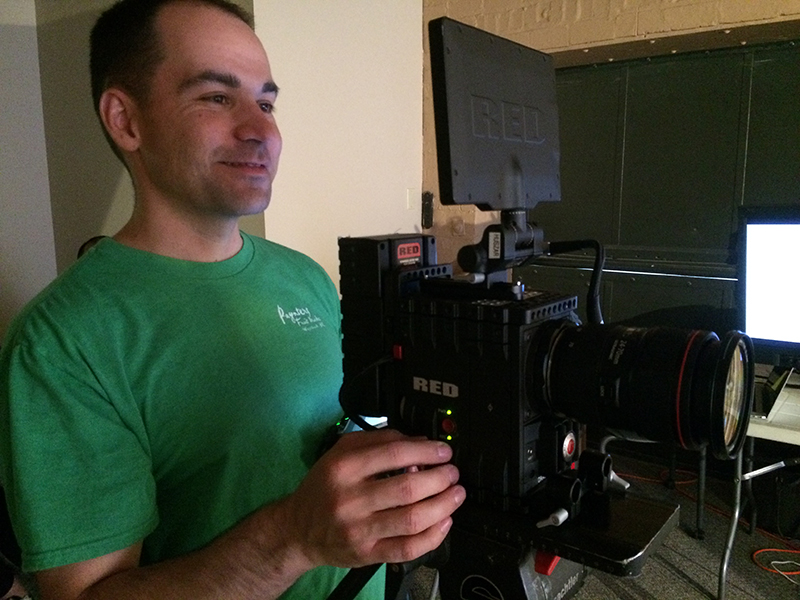 Photographer Randy has the RED Epic Dragon 6K camera cranked up to shoot at 240 frames per second. That's ten times faster that the normal 24 frames per second. When played back at normal speed, a one-second action will  take ten seconds to watch. 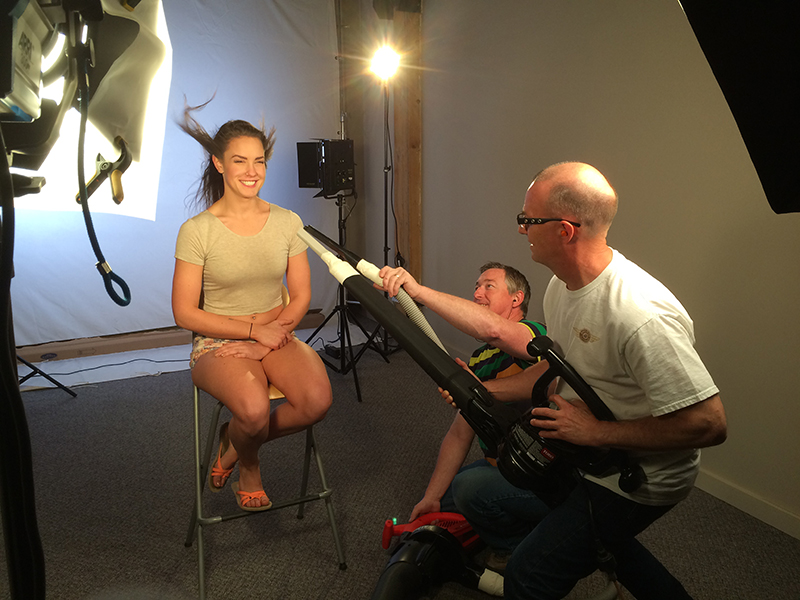 And it's leaf blowers away! Those things are A. very powerful, and B. very noisy in confined spaces. We were glad Raya didn't have any lines to say or we never would have heard her. 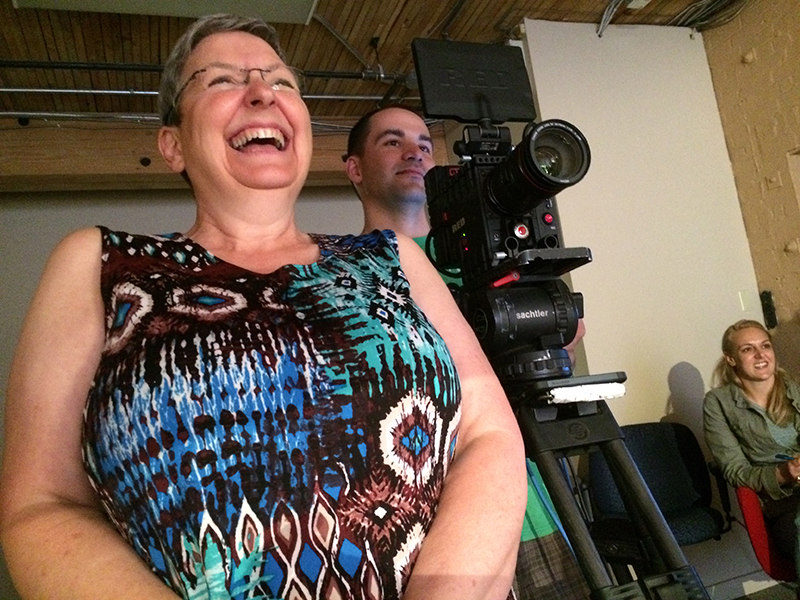 Producer Joan has a few giggles watching Raya's facial expressions. They looked even funnier when we played them back in super slow motion. 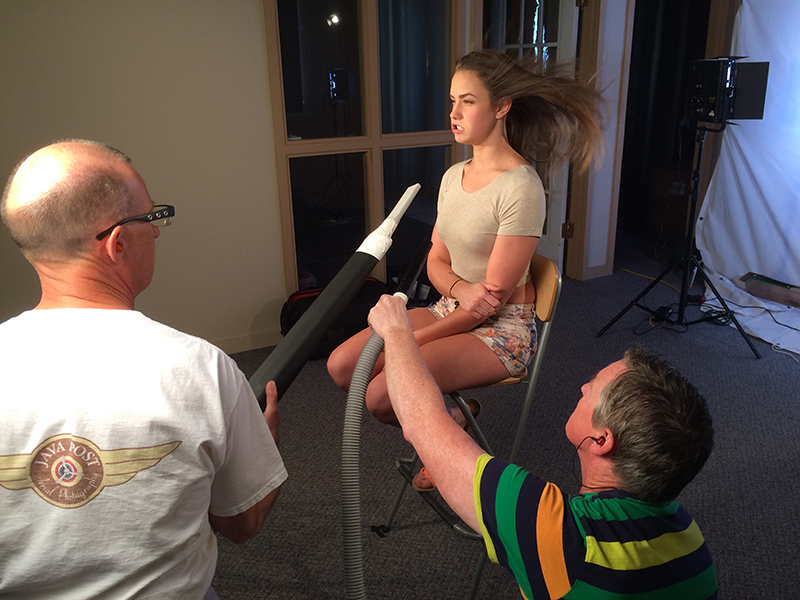 Yes, Raya, modeling is such a glamourous profession, isn't it? We hope all your fellow models back at the Edge Agency appreciate the strange things you must endure to be in a commercial. 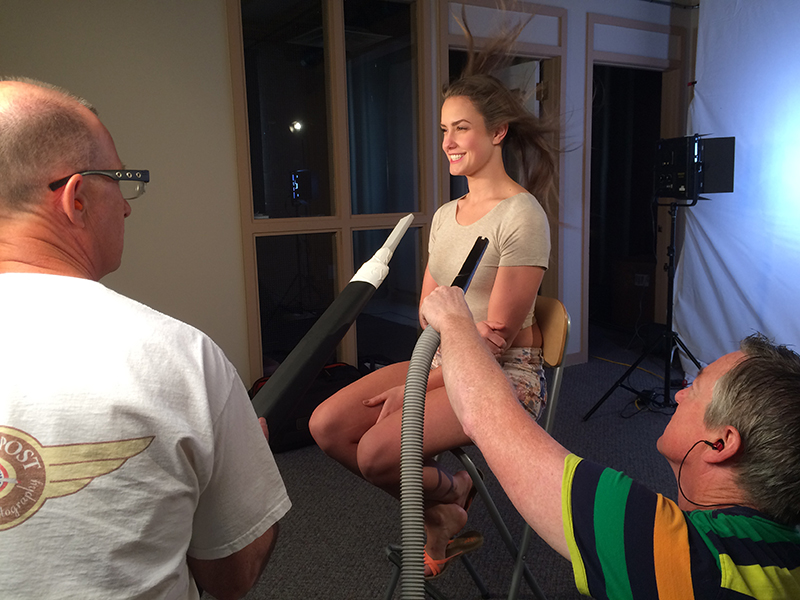 Being a real pro, Raya manages to smile on cue, despite having her cheeks just about blown off her face. 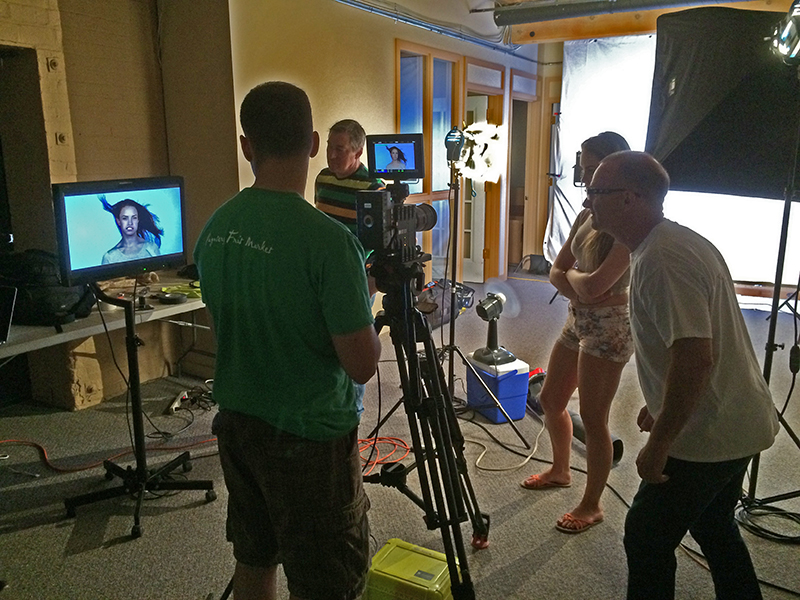 The gang watches the playback of the final take. It's wrap...almost... 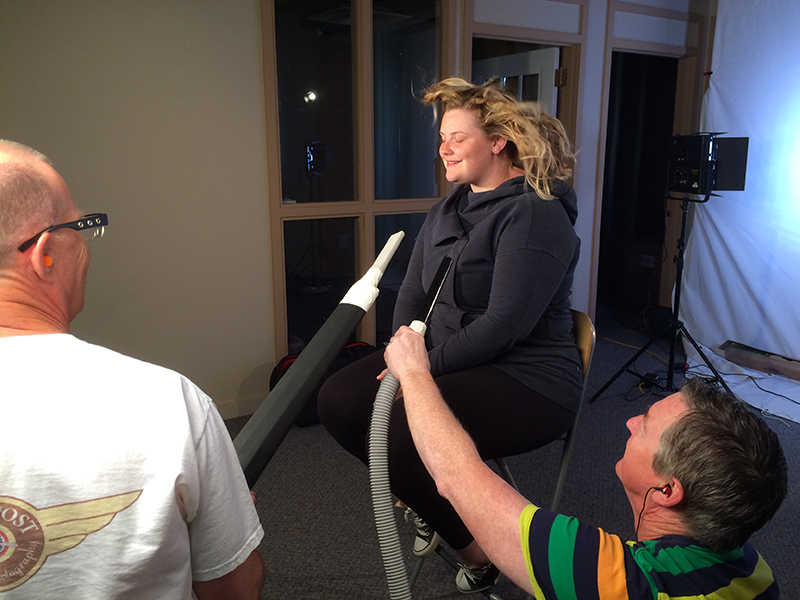 ...because now it's time for our MGM Communications pals to have a turn getting blown away. First up is Kati Phillips. 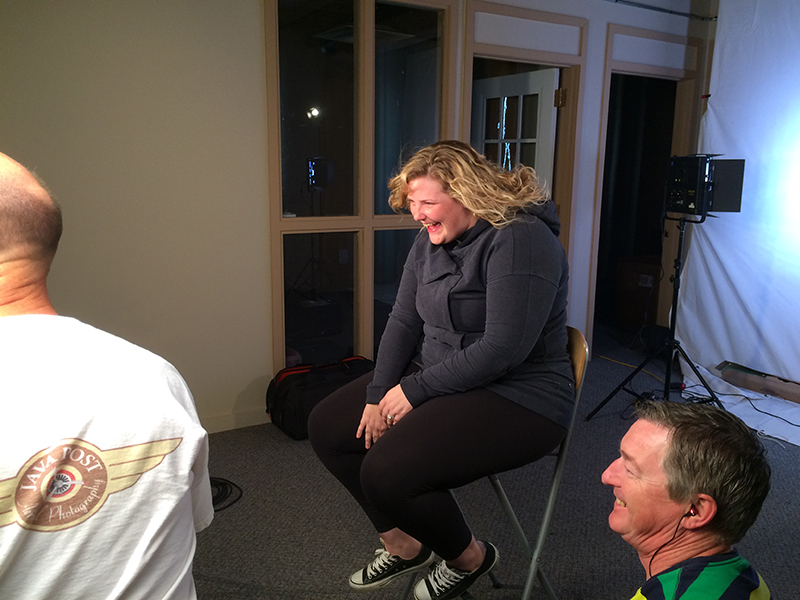 As you can tell from the facial reactions, the playback of Kati's footage was pretty amusing. 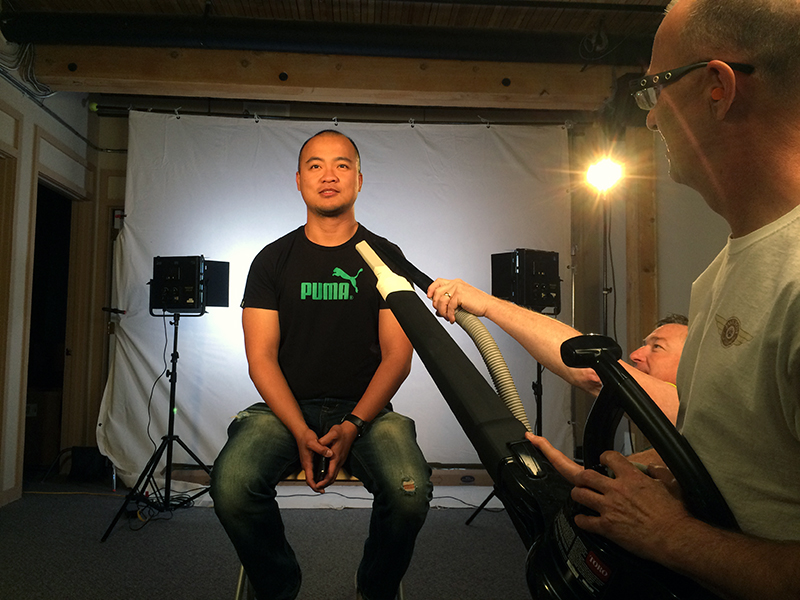 Next, Michael Gatioan faces the leaf blower assault. Michael noted that he might have a little less hair than Raya or Kati to blow around. 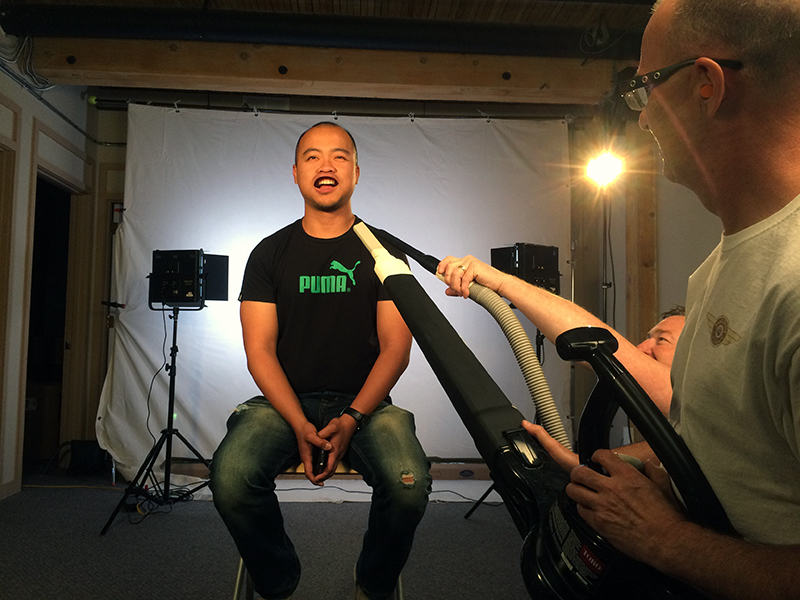 That's okay, because Michael's cheeks puffed out pretty well. This footage will make for some good laughs at the MGM Communications staff Christmas party.