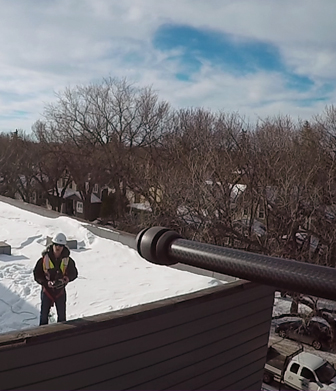 To see an example of how footage from this six-camera cluster looks when it's seamed together by Talking Dog Studios, CLICK HERE. Scroll your mouse around the image to enjoy a 360-degree virtual reality view.

Of course, when you're flying a rig that has six cameras pointing every direction, you're bound to shoot a few "dronies" (like a "selfie," only taken with a drone). Here are a few MORE dronies we captured during a shoot in January 2017.

To see previous dronies from this project, CLICK HERE. 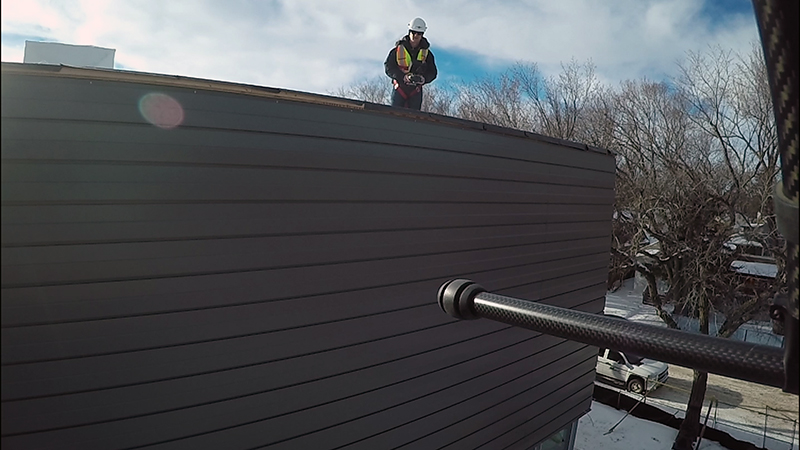 In order to keep our drone in visual line of sight (VLOS) during its flight around the school construction site, Java Post Aerial Photography primary pilot Jack Tunnicliffe controls the drone from the roof of the school. Our drone has just taken flight and you can see the landing gear still in position on the right side of the photo. Jack will retract the landing gear when the drone reaches proper altitude, giving our six-camera VR array a clear 360-degree view. 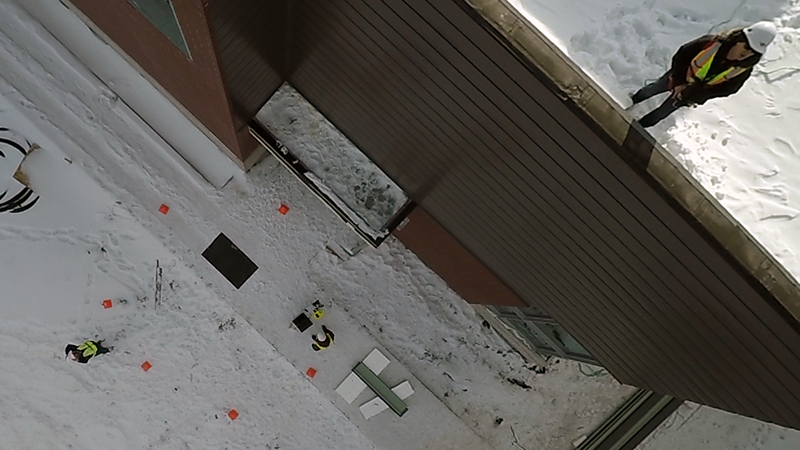 At the same location, here's a dronie taken from the downward-facing VR camera, showing Jack on the roof (upper right) and our Java Post Aerial Photography ground crew below. 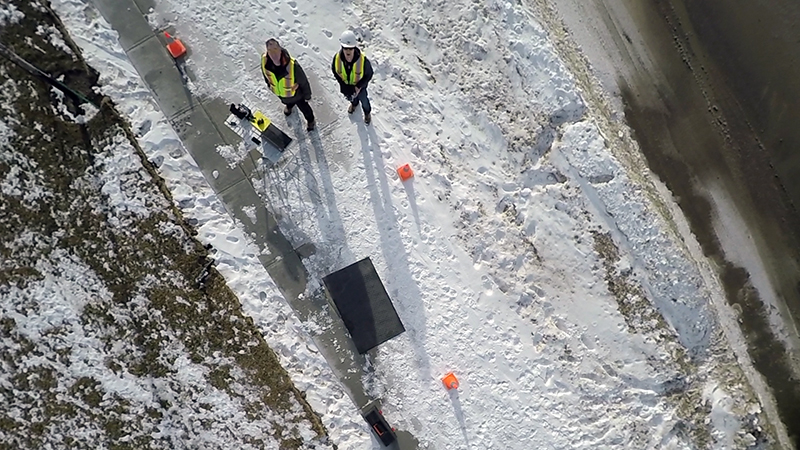 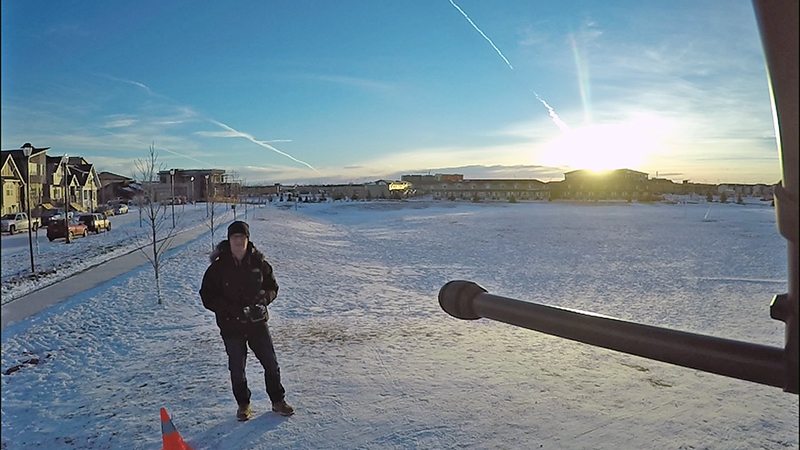 A beautiful but chilly Saskatchewan sunrise peeks over nearby houses as Jack launches our VR drone at another of the Regina Public School construction sites.