We had previously done both ground and drone photography there in the spring and fall of 2017 and wanted to go back to capture aerial footage during the winter season. 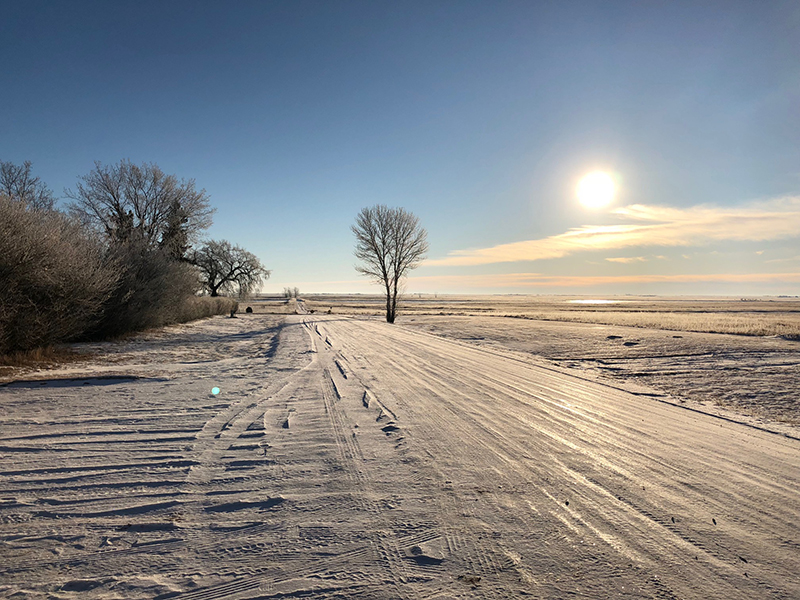 It was a bright, crisp morning for shooting. 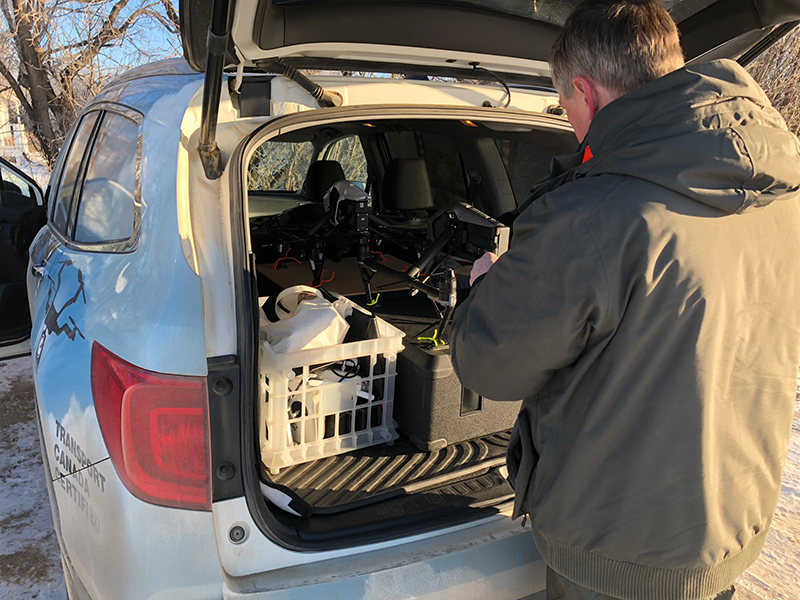 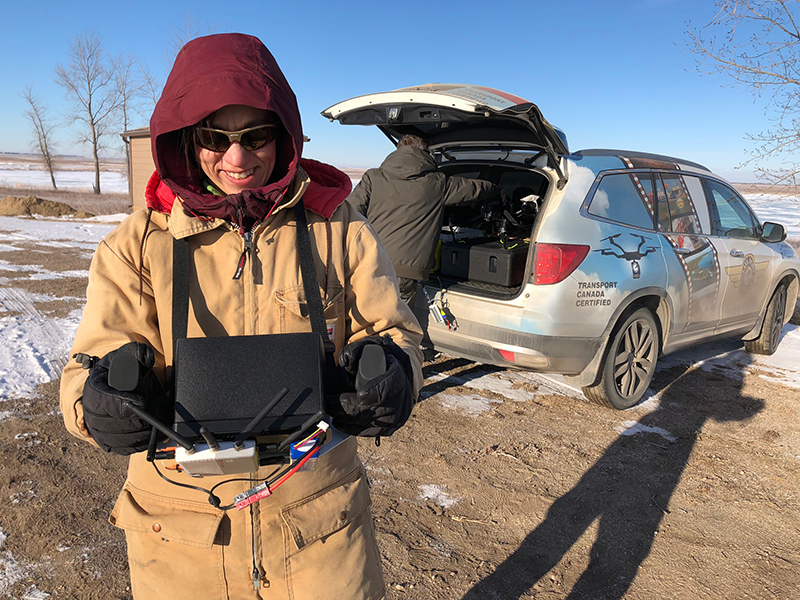 Kerry Hecker, the Manager and On-Site Biologist of the Last Mountain Lake National Wildlife Aera, will watch the drone footage live on her client monitor. 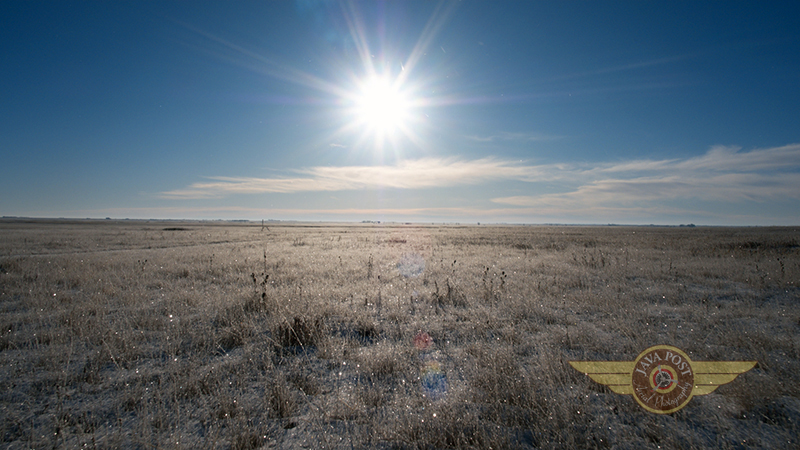 As our drone takes off, the ice crystals on the prairie grass sparkle and shimmer in the sunshine. 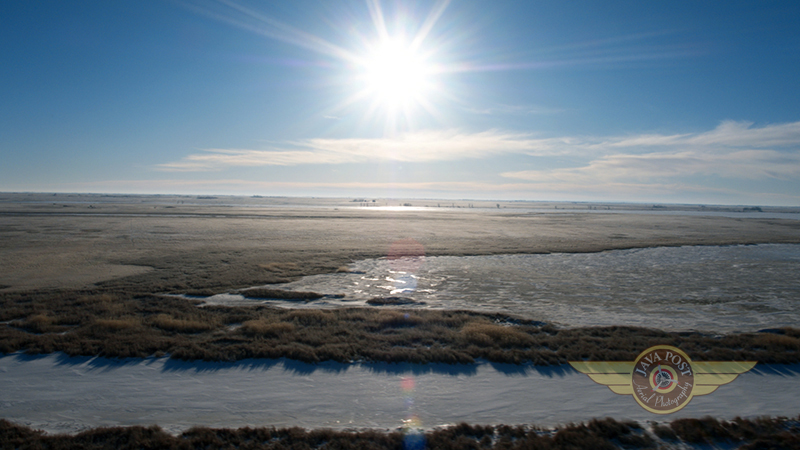 Originally just 1,000 hectares when it was established in 1887 as the first Federal bird sanctuary in North America, the Last Mountain Lake National Wildlife Area now encompasses more than 15,000 hectares of protected land. During migration periods, more than 280 species of birds have been recorded in this area. The area is also an important breeding ground for at least 100 different species of birds. 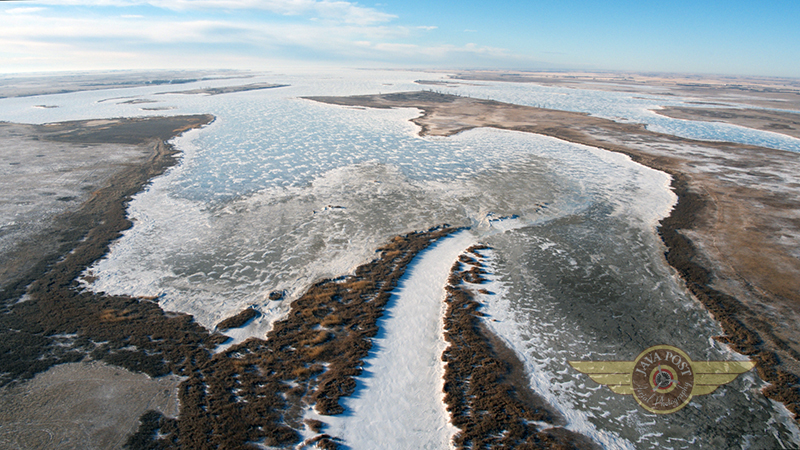 Located in the heart of the central "flyway" of North America, this area can see up to 50,000 cranes, 450,000 geese, and several hundred thousand ducks during peak migration periods. Not to mention scores of songbirds, shore birds, and birds of prey. 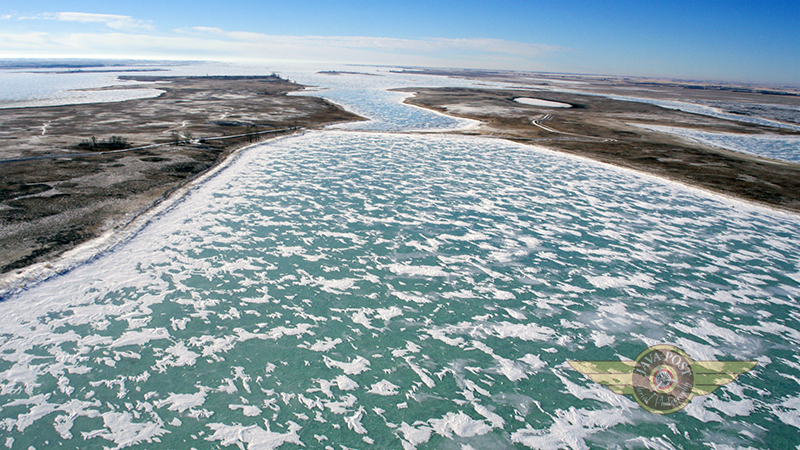 When seen from a drone, the snow drifting on the frozen lake creates an interesting patchwork of white on turquoise.

The Last Mountain Lake National Wildlife Area provides habitat for 9 of Canada's 36 species of vulnerable, threatened, and endangered birds, including the Peregrine Falcon, the Piping Plover, the Whooping Crane, the Burrowing Owl, the Ferruginous Hawk, the Loggerhead Shrike, the Baird's Sparrow, the Caspian Tern, and the Cooper's Hawk. 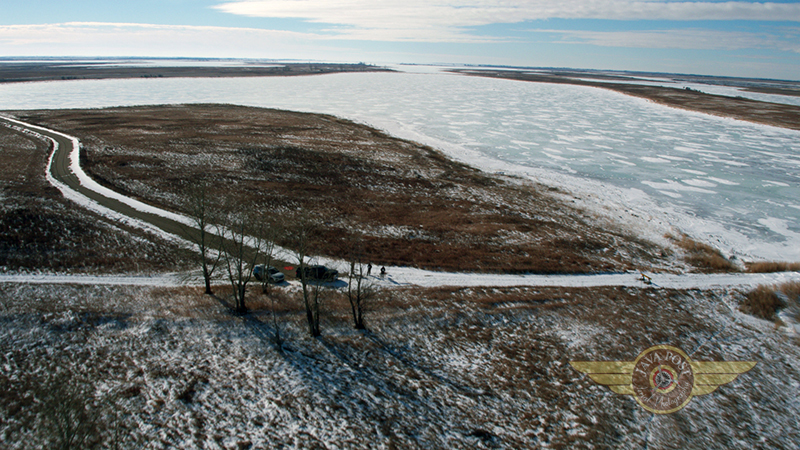 And, finally, in the middle-left of this image take from our drone, you can see our Java Post Aerial Photography crew taking their own picture: a "dronie," as we call it. You can watch a quick video of this shot at the top of this blog post.