The STC buses roll on down the highway in another Java Post Production. 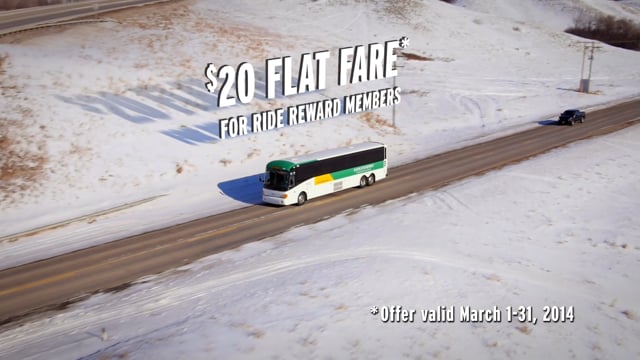 This is the summer/fall version of the television commercial we produced in the early spring of 2014 for the Saskatchewan Transportation Company (STC). We returned to the same location we had used in the spring and recreated the shots we took in the first commercial. Obviously, the biggest difference was the weather and the terrain - going from minus 26 degrees Celsius with snow everywhere to warm sunshine and lush greenery all around.

Apart from one hand-held shot take through the front window of the STC bus, the commercial was shot entirely with Java Post's unmanned aerial vehicle (UAV or "drone"). Graphics were then motion-tracked to follow the movement of the bus.

To take a look at the previous commercial we shot when it was freezing and snowy outside, click on the Related Project link above.