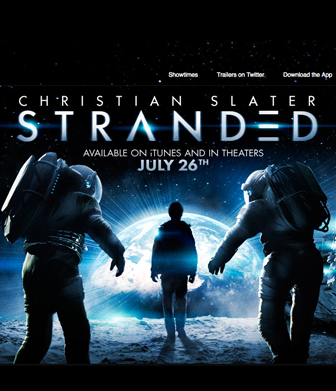 "Stranded" debuts in theatres and on iTunes on July 26th.

Stranded, the sci-fi thriller starring Christian Slater and Saskatchewan's own Amy Matysio, debuts in theatres and on iTunes on July 26th.

Java Post Production did all the colour correction for this feature film, as well as some visual FX and the final broadcast deliverables.

Click on the image below to watch the official trailer and pre-order the movie from iTunes.