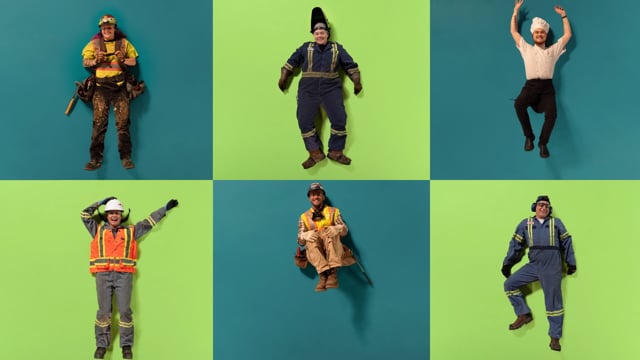 SATCC Outfit Of The Day

Entitled "Outfit of the Day" and shot on location in Saskatoon, this commercial was created using the stop-motion animation technique, where objects and people are moved ever-so-slightly, photographed as a still image, moved slightly again, and then photographed again, over and over.

For this particular "stuttering" effect, we shot 8 separate still images for each second of finished video. It was a meticulous and time consuming task - which included several days of camera tests with paper cutouts to arrive at the proper frame rate - but everyone was very happy with the the final result. 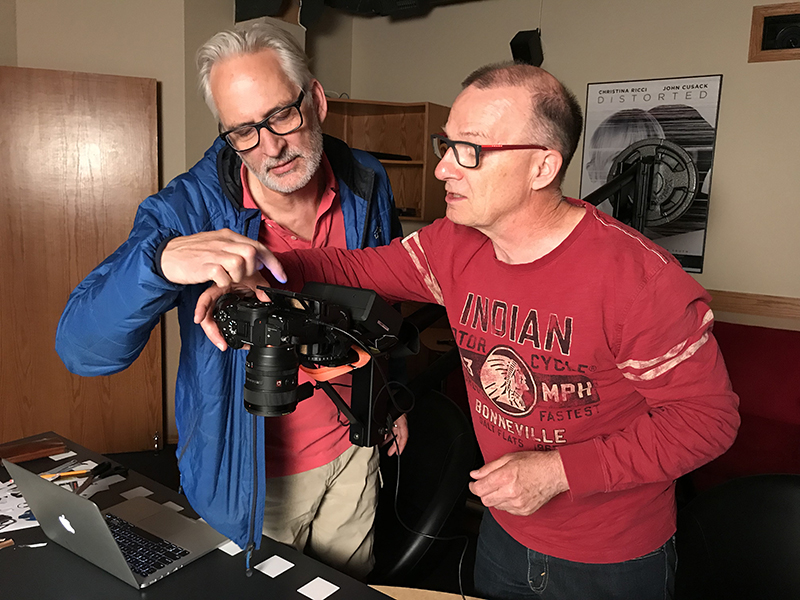 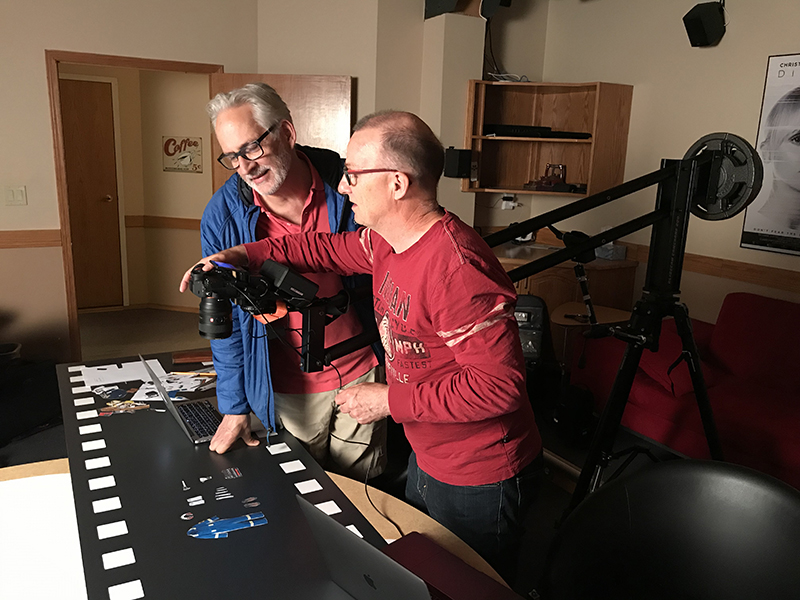 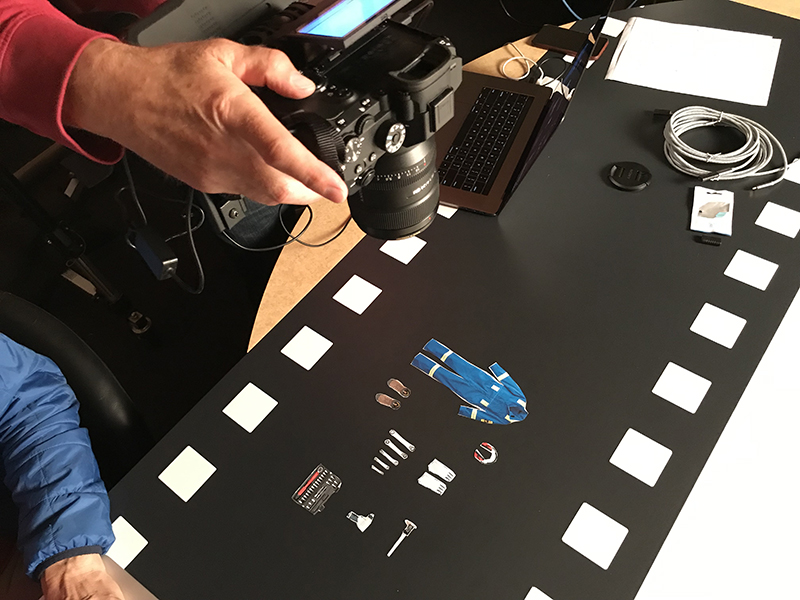 For the camera tests, paper cut outs of clothing and tools are used. The objective is to determine the proper number of still images per second of footage to achieve the desired look. The footage also needed to sync up to a per-determined music track, so that had to be taken into account, as well. It was a bit of a challenge, frankly, but that's why we run the camera tests before we ever step foot on the set.

In the next two images from the behind-the-scenes video, you're looking at the director's monitor screen. A clear plastic sheet has been taped over the screen and the location of all the articles of clothing and equipment have been traced onto the plastic, along with arrows to indicate the planned motion.

This helps the director and crew to position the items in the proper location for each of the eight still images that was shot to make up each finished second of footage. 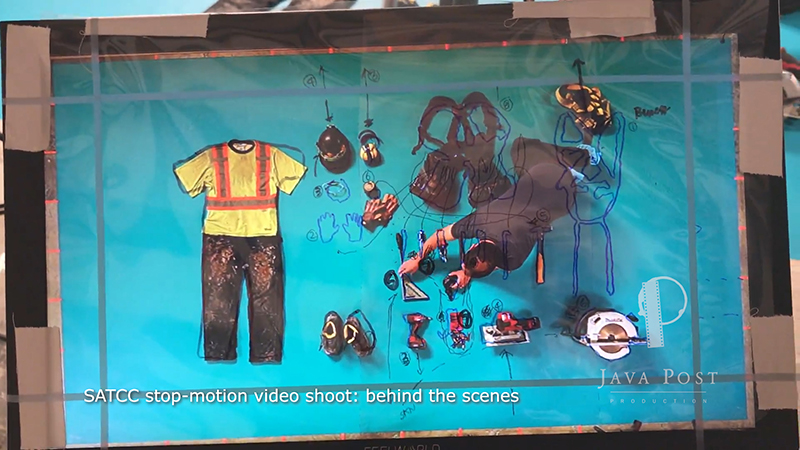 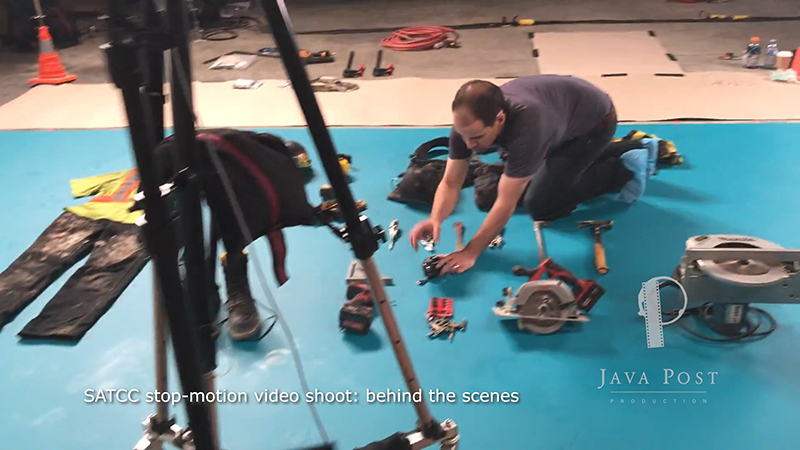 Above, we see Java Post Production partner and supervising producer Randy Shumay moving each of the items a little bit at a time. Notice the blue paper covers on Randy's feet, to help keep the coloured floor clean and give our colourist less to clean up during the final colour correction sessions.

Below, the same stop-motion-animation technique was also used on our actors, who had to lay flat on the floor while our crew moved their limbs and clothing a little bit at a time for each still photo. To see how it all looked in the finished commercial, CLICK HERE. 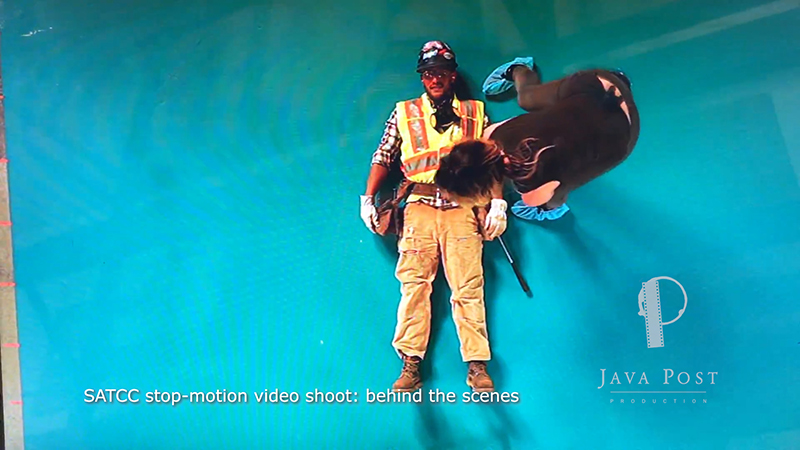