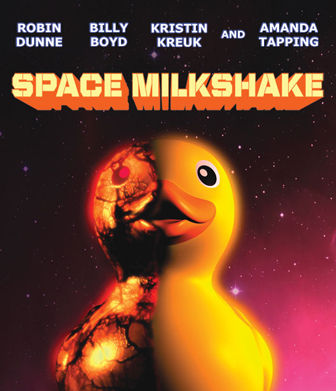 The final colour-correction has begun for the feature film Space Milkshake.

It was shot in November and December of 2011 using the RED Epic camera shooting in 5K resolution. We processed all the dailies for the offline edit, and have now conformed back to the R3D raw files for colour timing. The 500+ VFX shots get conformed into the edit at this time as well.

The final deliverables will include a DCP (Digital Cinema Package), several HDCAM-SR and Digital-Beta tapes, and a multitude of other things.