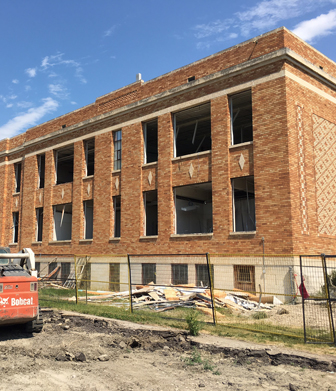 Setting up timelapse for the demolition of Scott Collegiate.

Over the past year, the Java Post Production and Java Post Aerial Photography have been doing some work for Regina Public Schools, documenting the construction of several new schools in the city.

The flip side of the new school construction is that an older school building is being demolished: the 94-year-old Scott Collegiate building, located in Regina's North Central neighbourhood. Students and staff from Scott Collegiate are being transferred over to the brand new Mâmawêyatitân Centre, a new multi-purpose community facility constructed right next to the old school. It will still be called Scott Collegiate, but it's more like "Scott Collegiate 2.0."

The removal of this building, which which was in use for almost a century, is worthy of recognition. So Regina Public Schools asked Java Post to create a time-lapse recording of the demolition process. 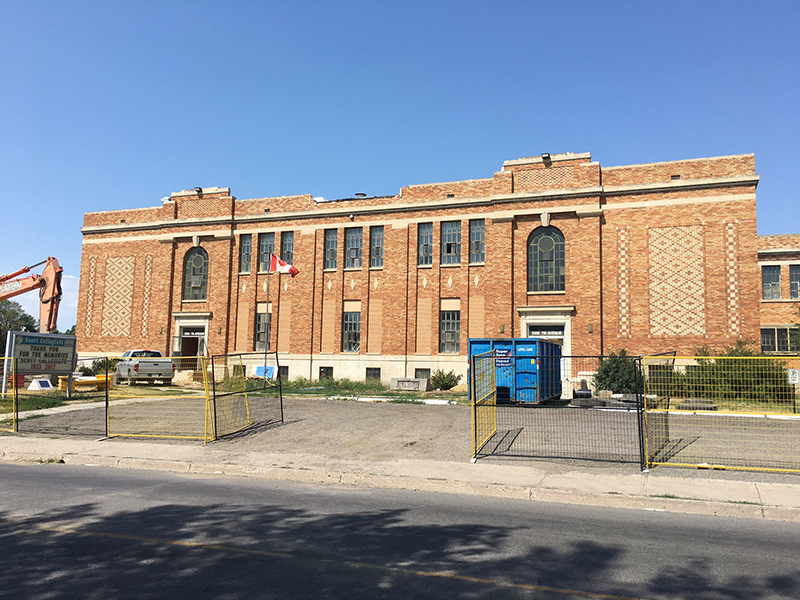 The old Scott Collegiate building, located in Regina's North Central neighbourhood. The collegiate was named after Thomas Walter Scott, the first premier of the Province of Saskatchewan. 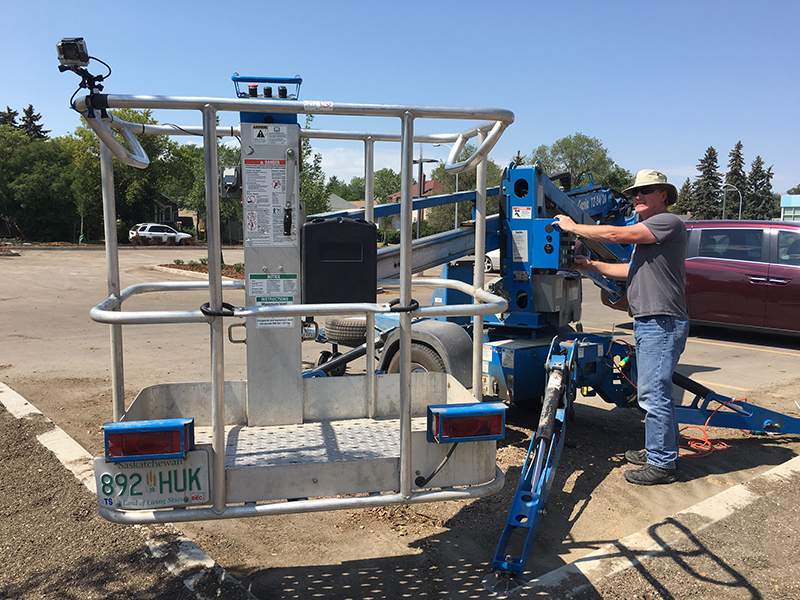 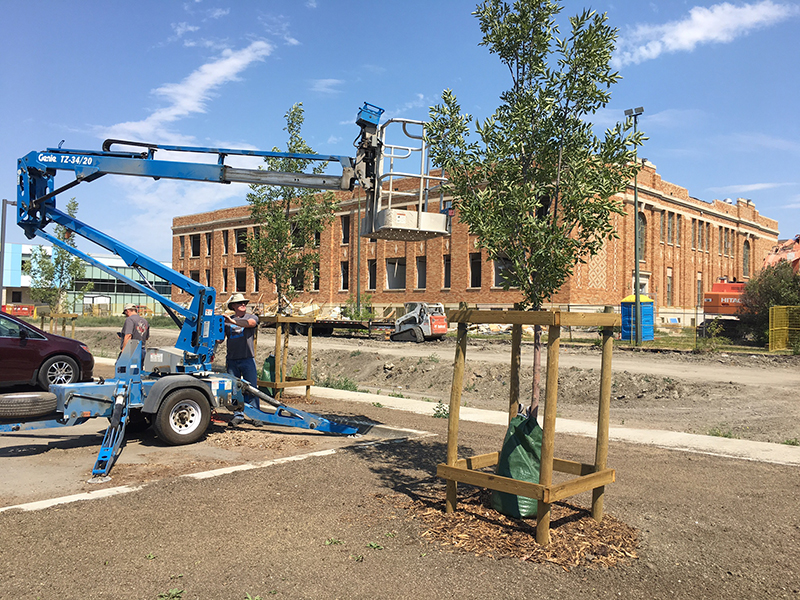 At the crane controls, Trevor moves the crane up into position, to allow the mounted GoPro camera to make a time-lapse recording of the demolition process from a high angle. This is one of several cameras that will document the demolition. 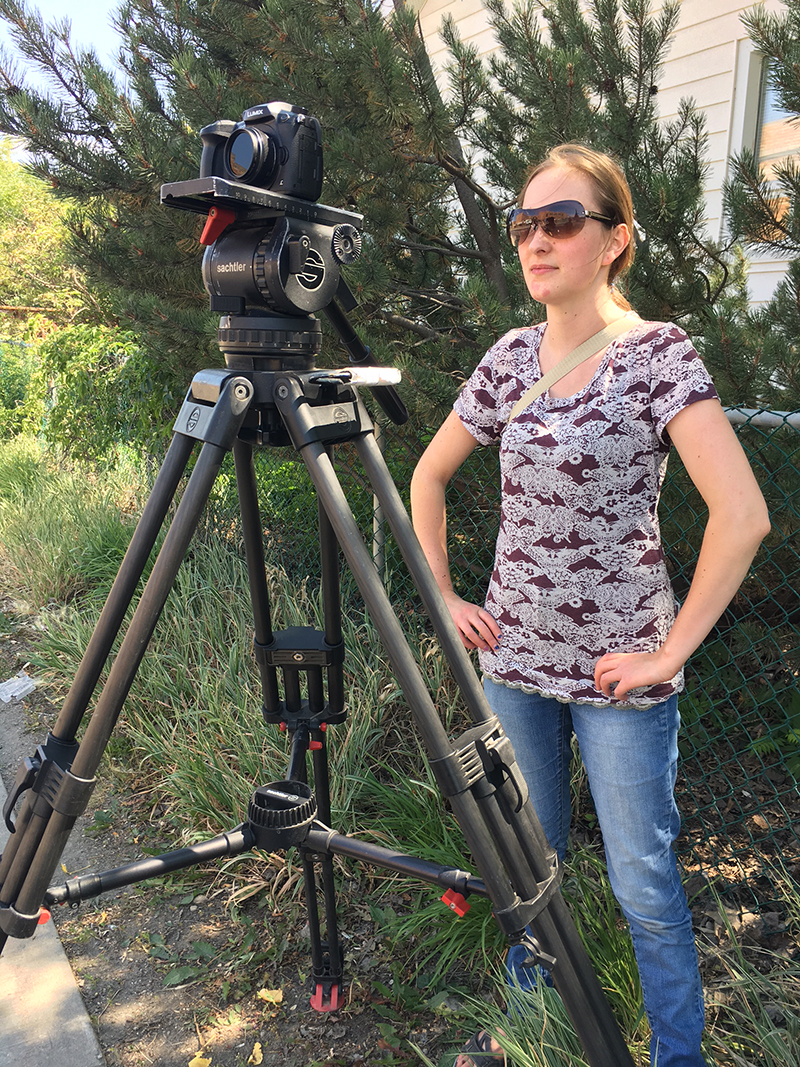 On the ground, Java's Kristine Dowler stands by on the ground level camera. Java Post used a total of 4 different cameras in 4 locations to record the demolition. 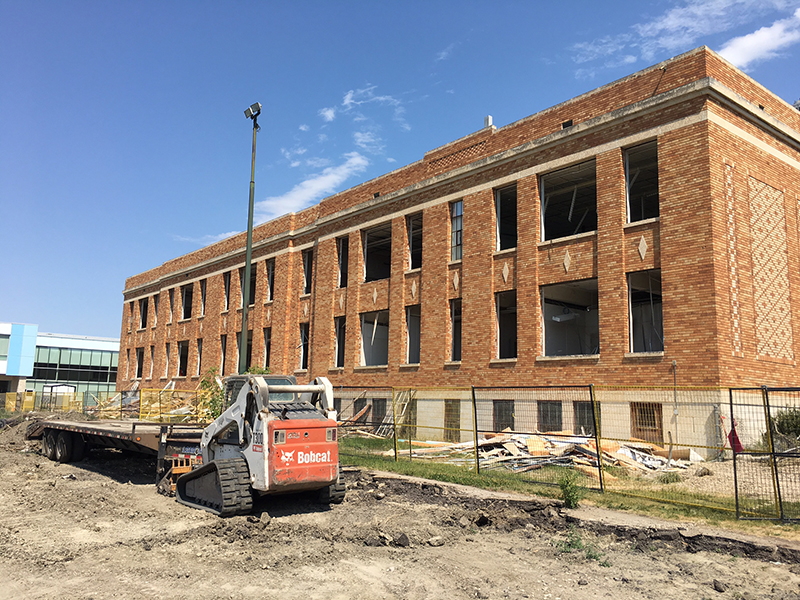 Another view of the old Scott Collegiate building. The windows have been removed in advance of the structural tear-down. The bricks used in the construction came from the Claybank Brick Plant, just outside the hamlet of Claybank, Saskatchewan. The brickworks was declared a Canadian National Heritage Site in 1997. After the demolition of Scott Collegiate, a considerable amount of the school's bricks will be salvaged and repurposed. 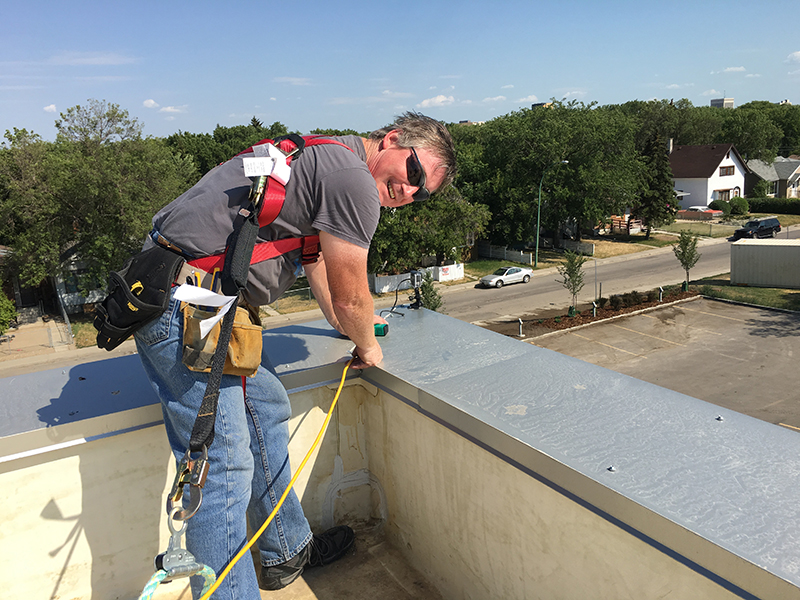 Up on the roof of the new Mâmawêyatitân Centre, constructed adjacent to the old Scott Collegiate building, Trevor (in his safety harness) mounts another of the four GoPro cameras Java Post is using to capture the time-lapse footage of the demolition.