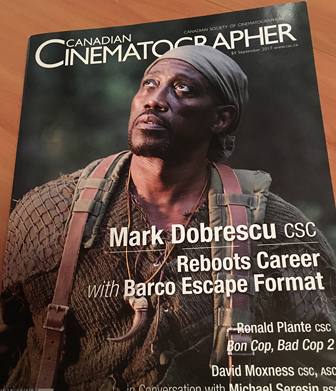 The feature story on the cover of the September 2017 issue of Canadian Cinematographer magazine is about the work of Java Post Production's good friend and colleague, director of photography Mark Dobrescu, CSC. 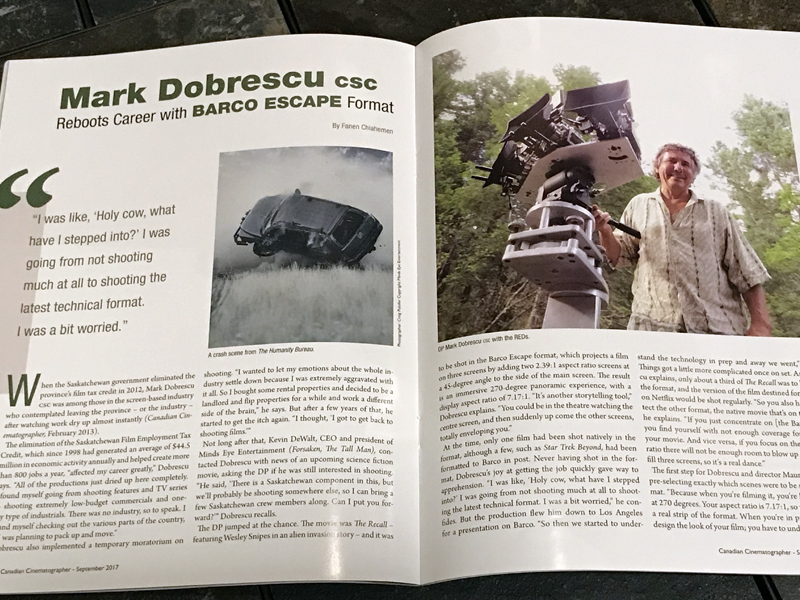 Java Post Production is pleased to be doing post-production work on all of these feature films. 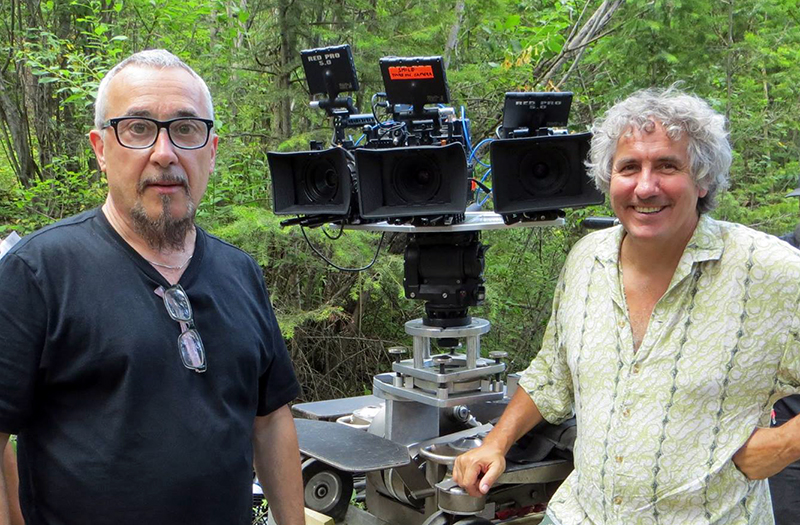 Mark (right) and director Mauro Borrelli on location for The Recall, starring Wesley Snipes. Behind Mark are three 6K RED DRAGON cameras configured for the 270-degree field of view Barco Escape format. According to the Canadian Cinematographer article, Mark has now been the Director of Photographer on three-quarters of the Barco Escape feature films worldwide. 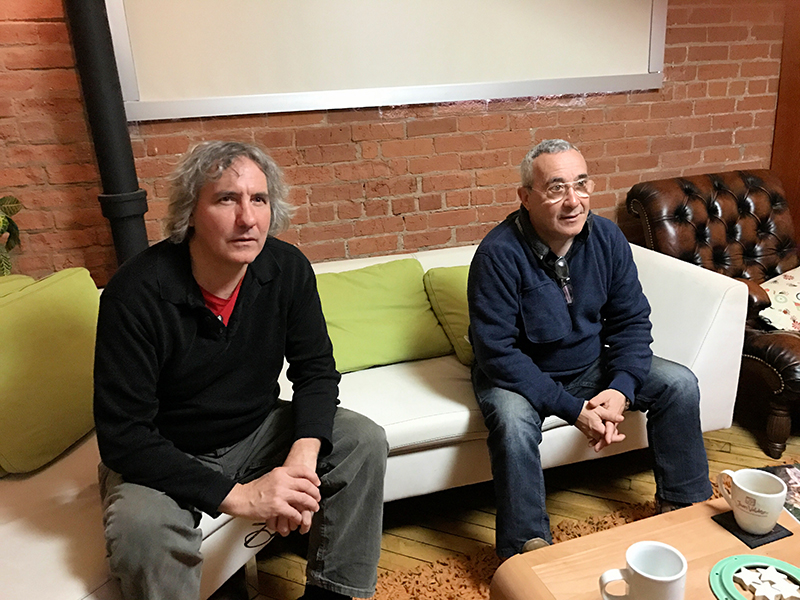 Above you see Mark and Mauro in the Java Post Production offices, working on the colour grading for The Recall. 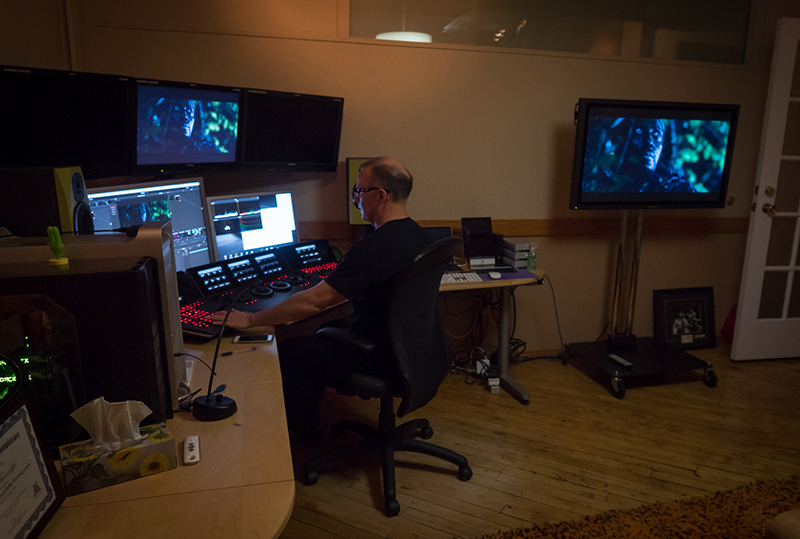 Our Java Post colourist, Jack Tunnicliffe, at the colour grading controls. In the photo above, Jack is working on the centre screen shot of the three-screen format.

Above: a movie theatre with the three-screen Barco Escape configuration. 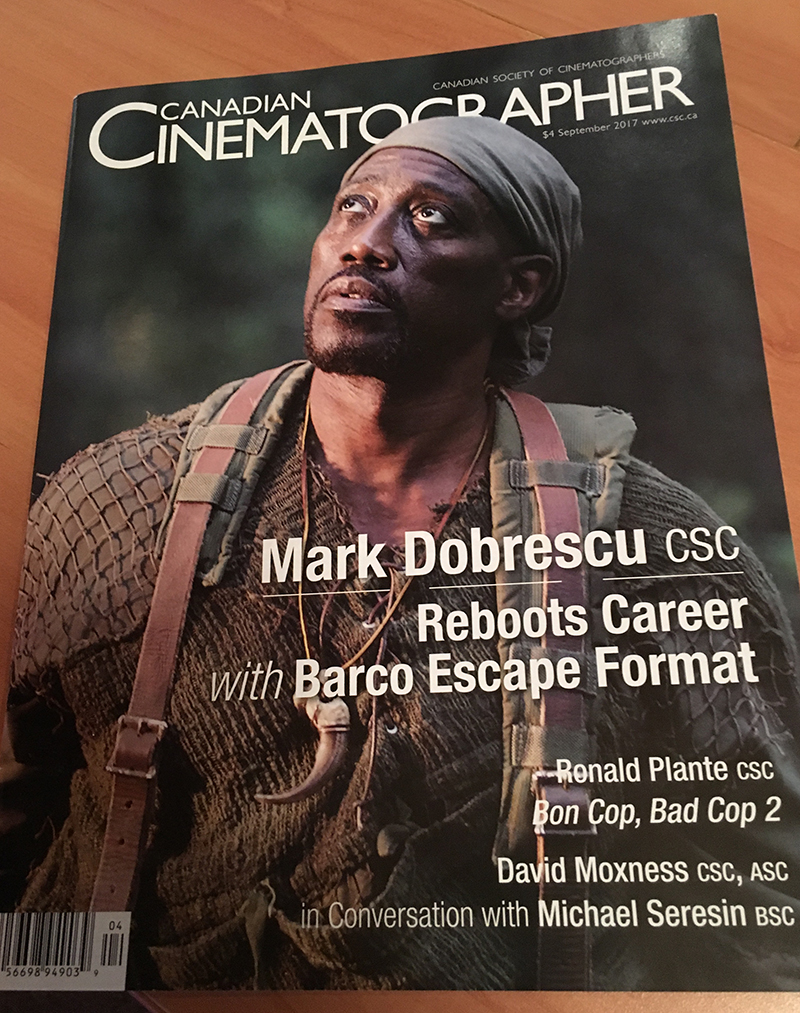