Captured by Jack Tunnicliffe of Java Post Production, this time lapse video showcases the Milky Way moving across the sky above the abandoned Federal Grain Elevator in the ghost town hamlet of Moreland, Saskatchewan, Canada.

When railway surveyors asked local rancher Bill Parry what lay ahead, Bill replied "More land." Established in 1912 on the Canadian Northern Railway line, Moreland at it's largest boasted two grain elevators, a blacksmith shop, and a two-story store that also served as the community hall, with church services held upstairs on the second floor.

During the 1916-1917 crop year, the Canadian Grain Commission licensed two elevators in Moreland: one for the Golden West Company and one for Reliance. When Federal Grain was formed it took over the Golden West elevator, which it operated until 1963.

Federal Grain was purchased by the Saskatchewan Wheat Pool in 1972 but, since this elevator was already closed, it was not included in the purchase and so this  "orphan elevator" still stands today. A lonely, abandoned sentinel framed against an ever-changing prairie sky. 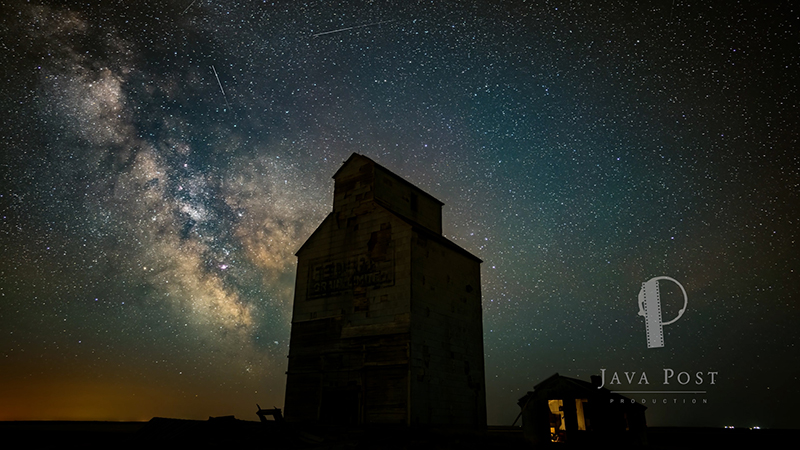 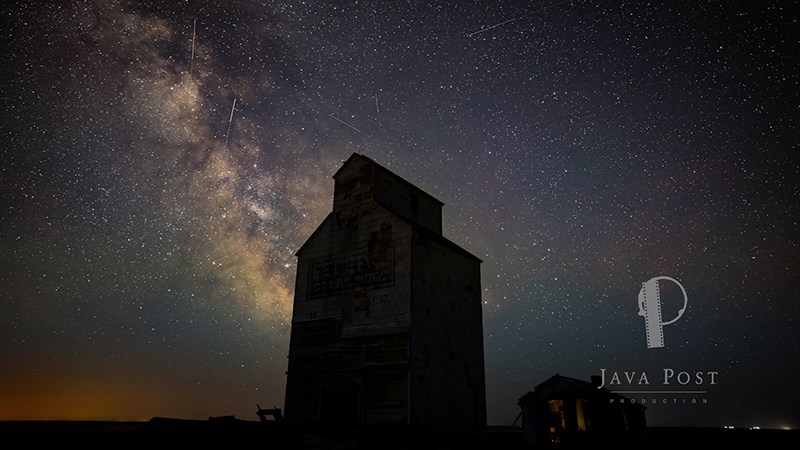 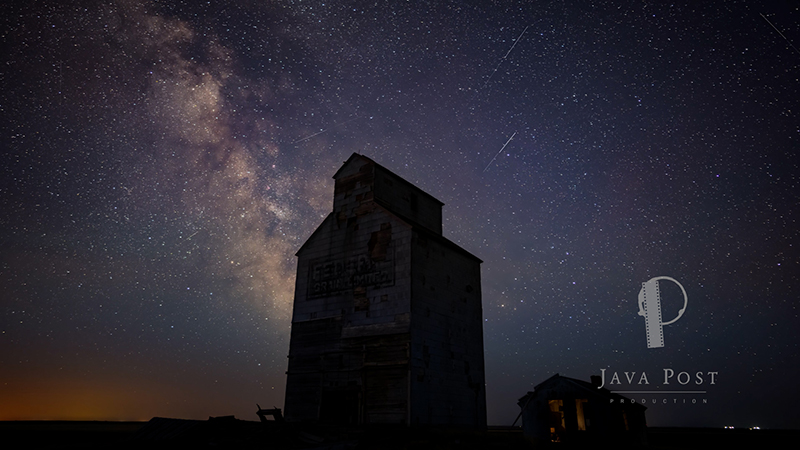 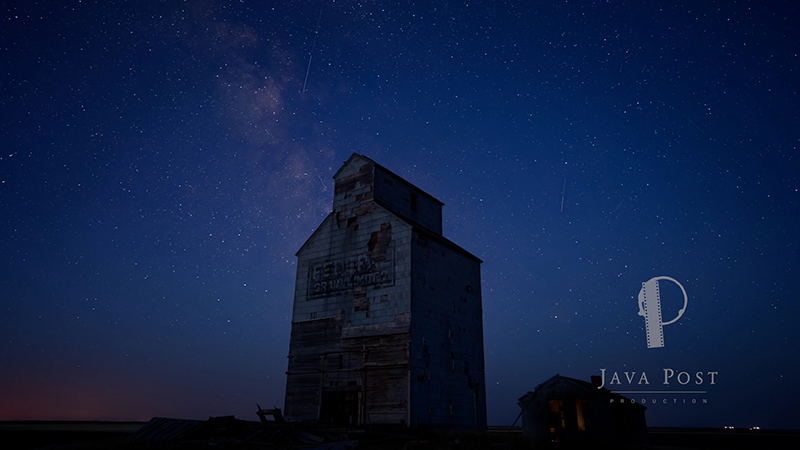