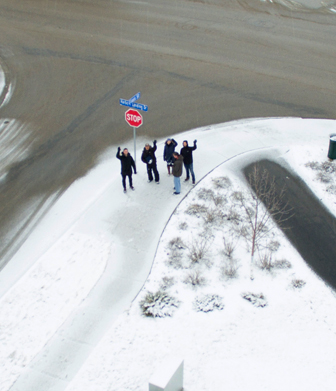 Playful Dronies with the playful gang from Play Creative.

Last Friday morning, the Java Post Aerial Photography crew was out in the Harbour Landing development in Regina, recording some aerial shots for our friends at Play Creative, who are incorporating our footage into an upcoming television commercial.

The ground-based photography had taken place several days prior to our shoot but, between then and now, Regina was hit with a glorious pre-Spring heat wave and all the snow had pretty much melted away. This posed a problem, because the aerial footage needed to match the ground-level footage which, of course, meant that we needed snow. It's not often you'll hear a photo crew wishing it would snow, but we were!

Luckily for our flight crew, last Thursday night brought a new covering of snow to the city. So, early last Friday morning, our aerial crew, Jack and Trevor, met up with the folks from Play Creative out at the Harbour Landing location and we were able to get the shots we needed.

The new-fallen snow worked out even better than we had hoped. Not only did it allow us to match the aerial shots to the previous ground-level footage, but, because the snow was fresh, it was also almost pure white, without haven taken on the grittier, less-attractive appearance you get when snow has been laying around for a while on the ground. 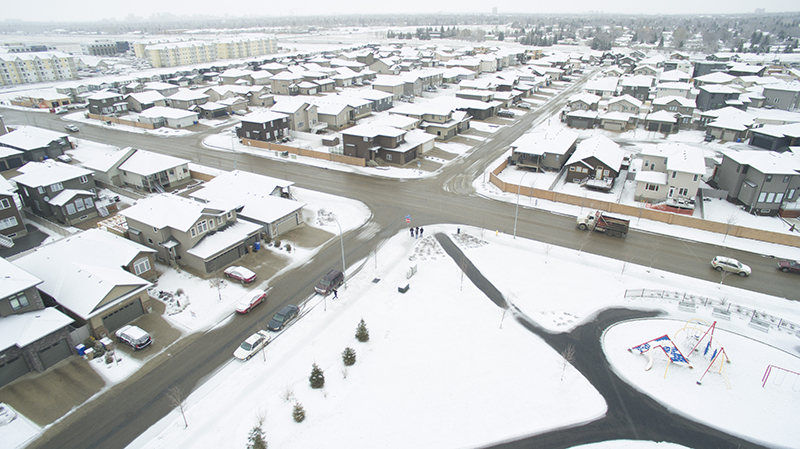 Here's a high-angle view of the Harbour Landing area of Regina. The crew is standing on the corner, near the stop sign.

Because the overnight snow wasn't too deep and the ground temperature was fairly warm from the previous week, the snow melted off the paved pedestrian pathways, yet stayed on the grass, giving the appearance of well-cleared pathways. A little bonus set-decoration, courtesy of Mother Nature. 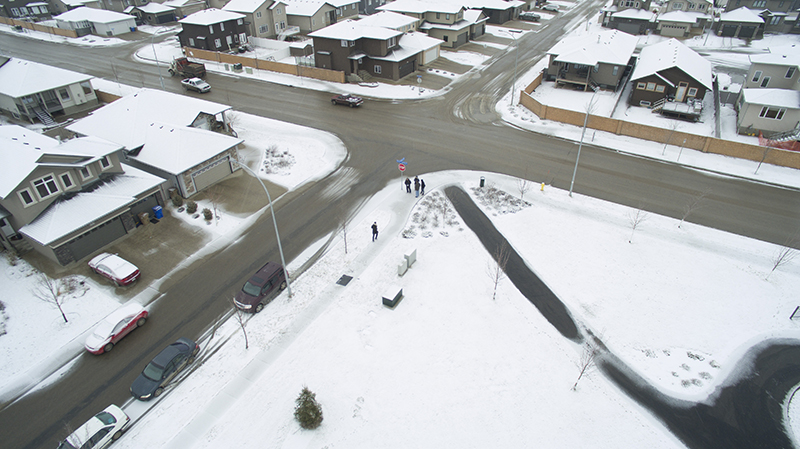 As Jack and Trevor bring our DJI Inspire 1 UAV in for a landing, you can see our high-tech landing mat on the sidewalk near the burgundy SUV. 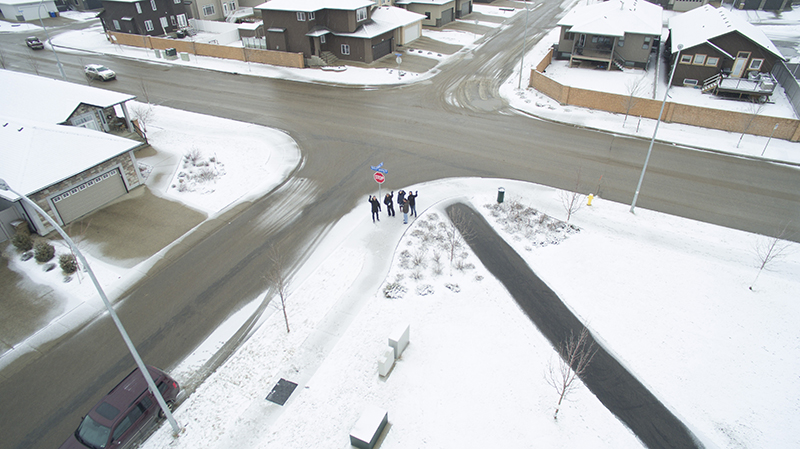 Okay, everybody, it's dronie time! Give us a wave!

Watch for the Java Post aerial shots of Harbour Landing to appear soon in a television commercial on your local Regina stations.