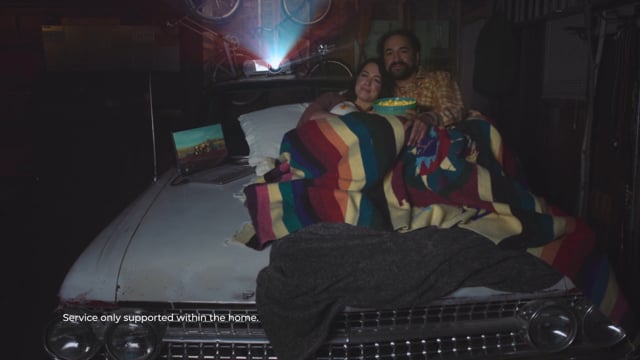 A brief behind-the-scenes look at a recent SaskTel commercial shoot. Java Post Production worked with the TAXI agency and director Stephen Hall to create this "Enhance Your Internet" commercial for SaskTel. In the video above, you can see "Java Jack" Tunnicliffe doing hand-held camera work on the opening shot of the commercial as he follows the graceful movements of actor/dancer/choreographer Daniella Rae Beltrami.

Below are some behind-the-scenes photos taken on-set. 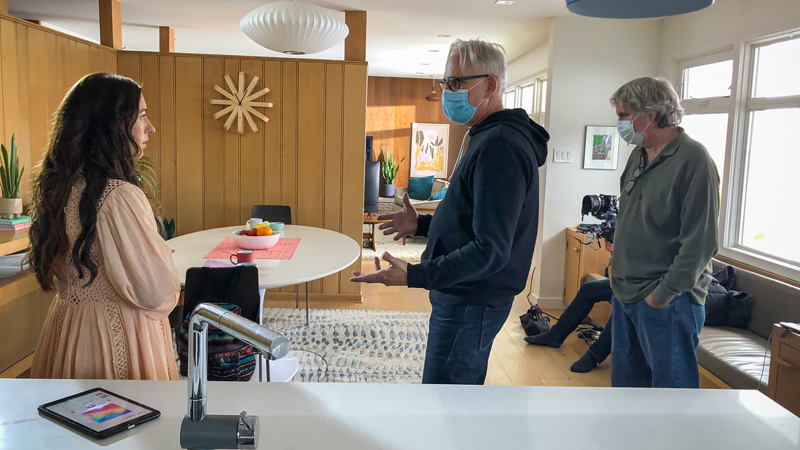 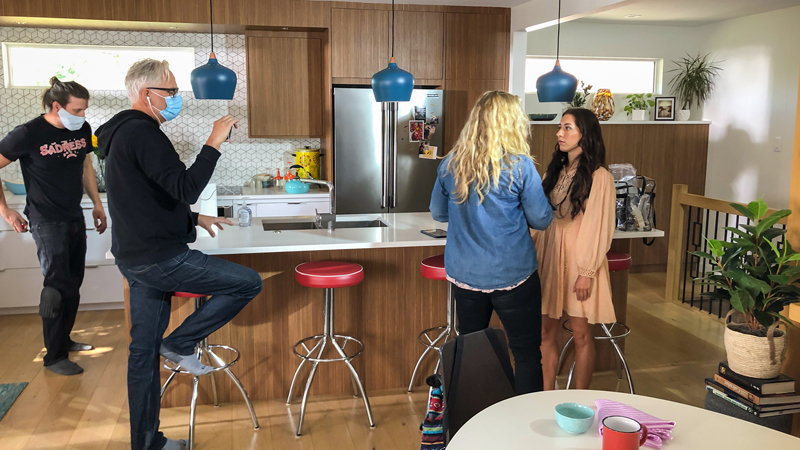 In the photos above and below, you can see our director, Stephen, holding his cell phone up, as if taking photos of the actors and crew on the set.

If you look closer, what he's actually doing is showing the actors and set to several members of the TAXI agency team, who spent the day "on-set" via remote video feed.

It's a very effective way for Java Post Production to communicate with agency representatives in real-time while shooting is taking place - no matter where the agency reps might be located - without creating additional COVID-19 health and safety concerns. 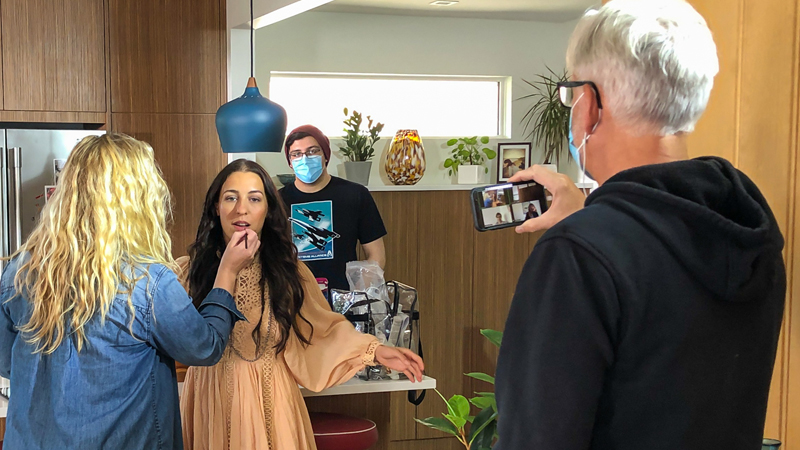 Despite being located in their offices in Regina and Vancouver, the TAXI agency team can, via Stephen's phone, watch hair and makeup artist Krista Stevenson give Daniella a quick touch-up before the filming begins.

See a closer shot of the real-time video group chat below. 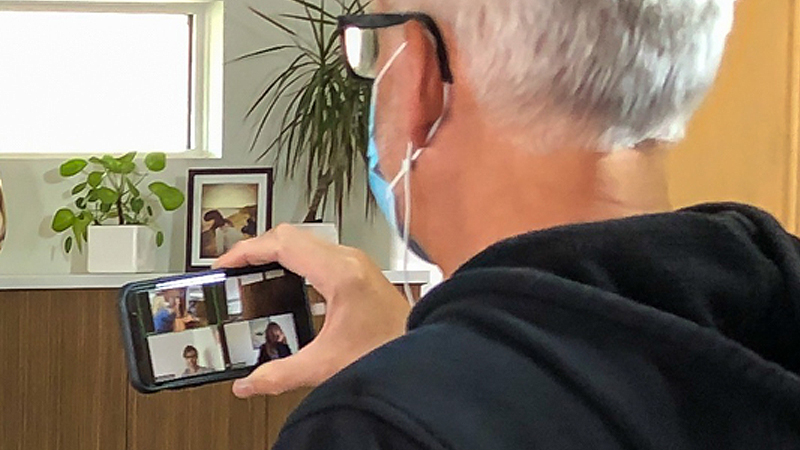 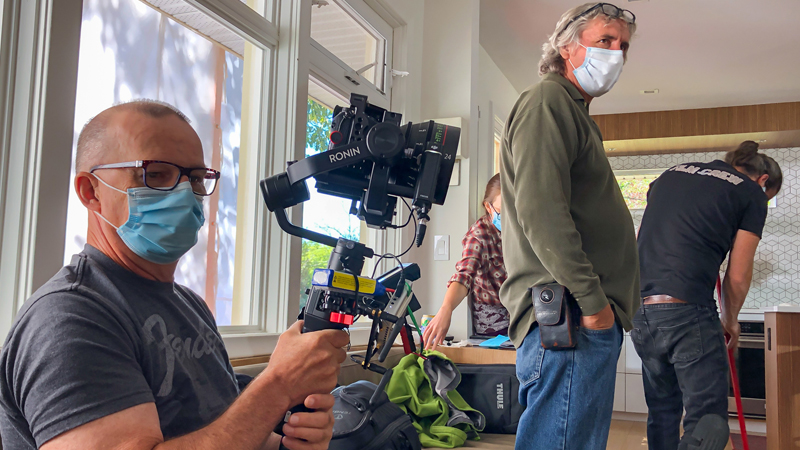 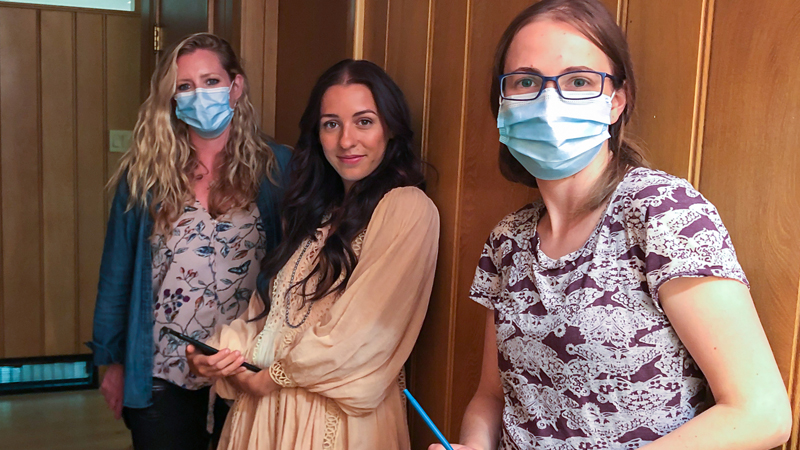 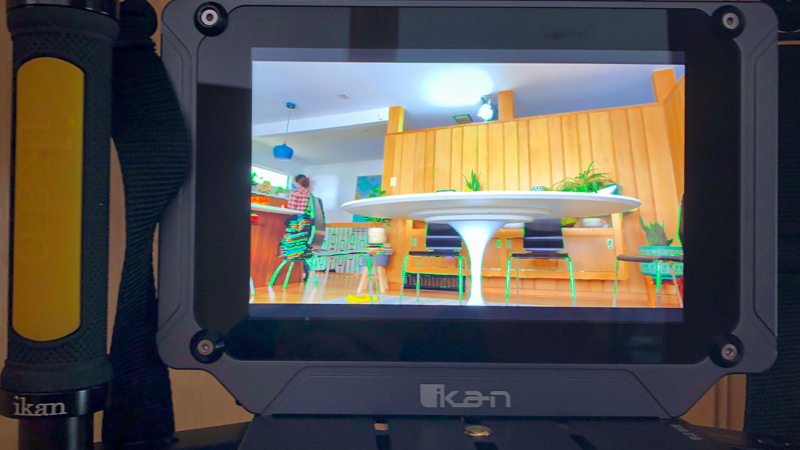 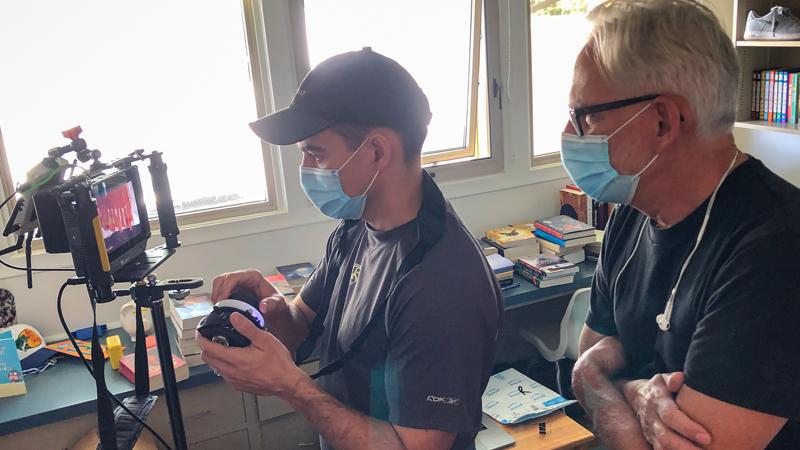 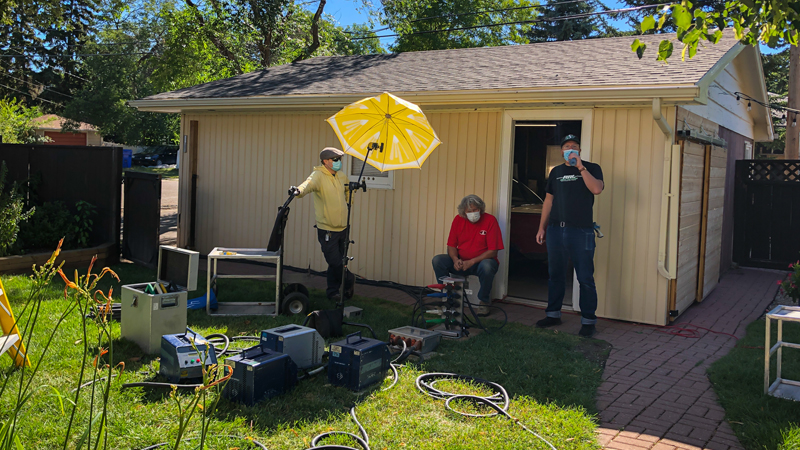 Outside, away from the kitchen/living room set, the lighting/grip department finds some shade while waiting to make any needed adjustments. 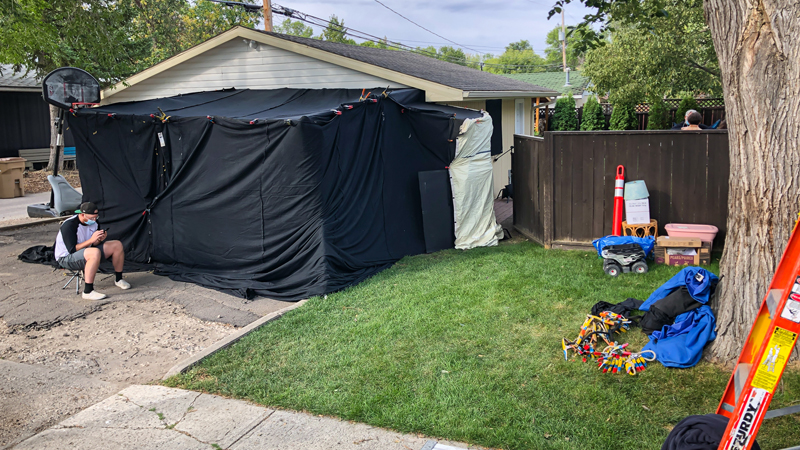 On day two of production, the crew has built a black cloth tent outside the garage doors. This both extends the working space and allows control of any light that might enter as we shoot the scene. 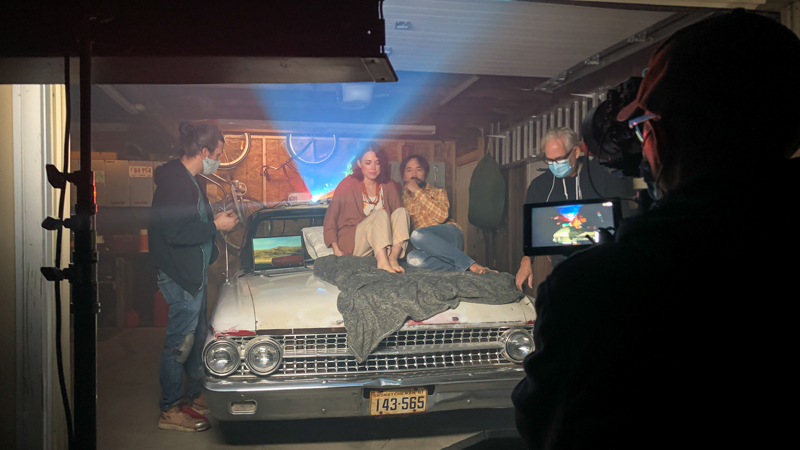 Inside the garage, the crew prepares to shoot two actors...wait, that sounds rather violent, doesn't it? We don't mean it that way at all. We love our actors! What we mean to say is that we're preparing to record two actors,  sitting on a car, watching a movie inside the garage. 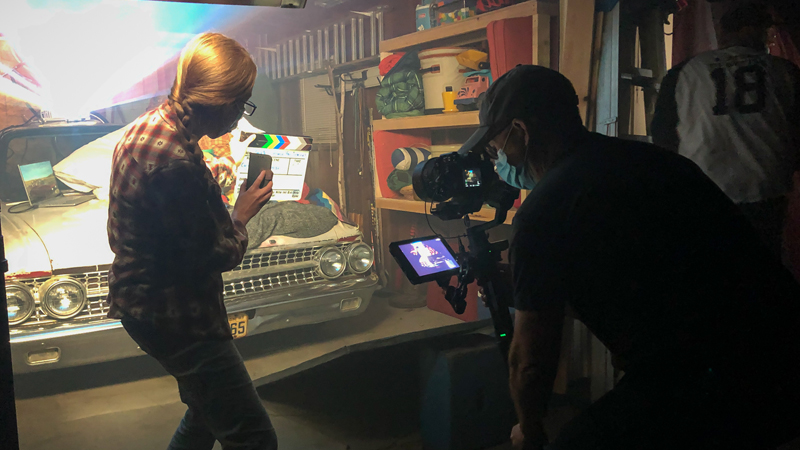 Camera assistant Kristine holds up the slate for Jack at the beginning of a take. 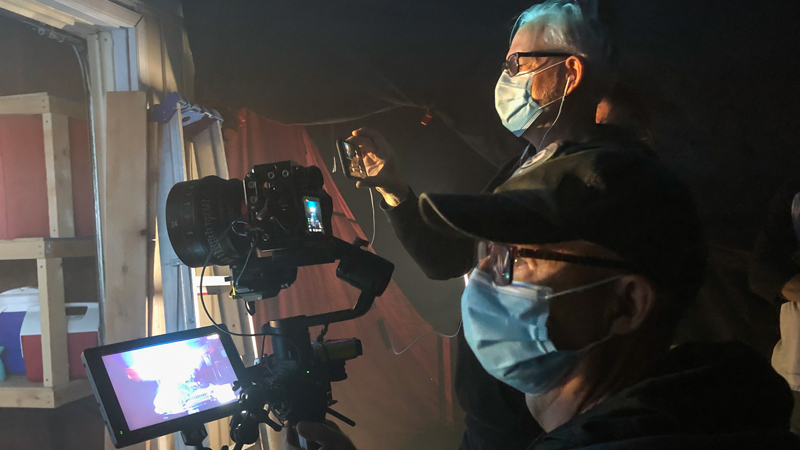 While camera operator Jack waits in the foreground, director Stephen uses his phone to show the set to the off-site reps from SaskTel and TAXI. 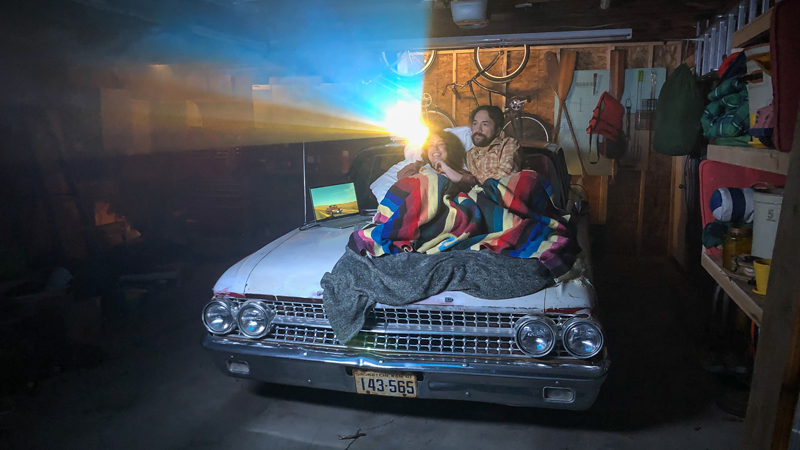 Above and below, our two actors lay on the hood of a classic car to watch a movie being projected. 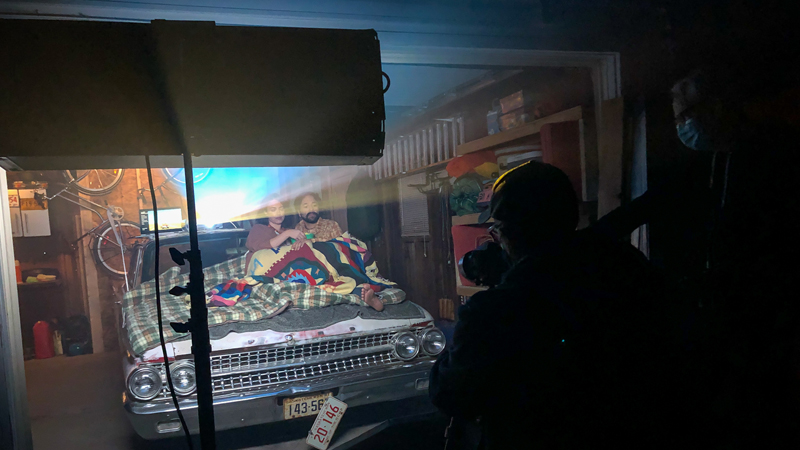 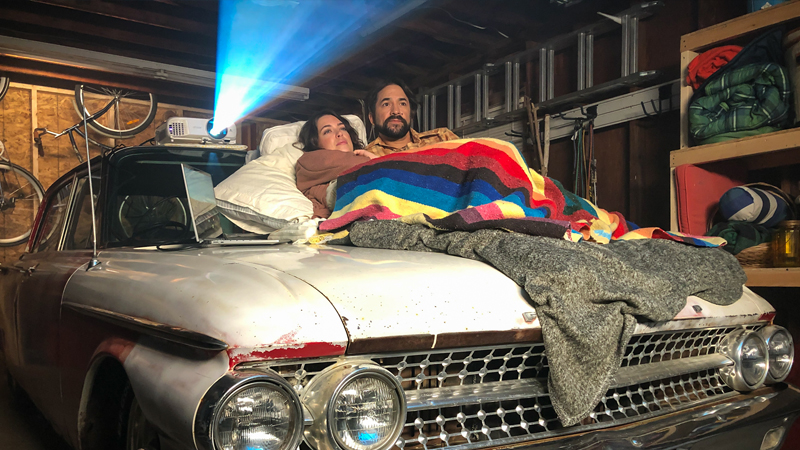