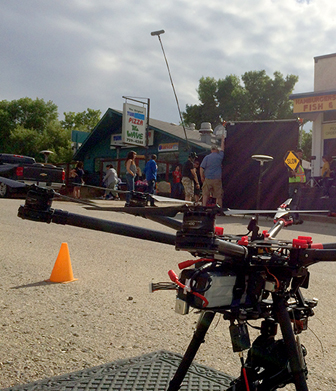 Late Wednesday afternoon, the Java Post Aerial Photography crew was out in the town of Regina Beach, Saskatchewan, on the set of the feature project A.R.C.H.I.E., which is currently shooting in and around the Bluebird Café (formerly called Butler's Fish and Chips), a well-known local landmark.

Our two certified UAV pilots, Jack and Trevor, got there nice and early.

They said it was because they didn't want to keep the film crew waiting.

We think they really just wanted a chance to get some fish and chips at the Bluebird Café. 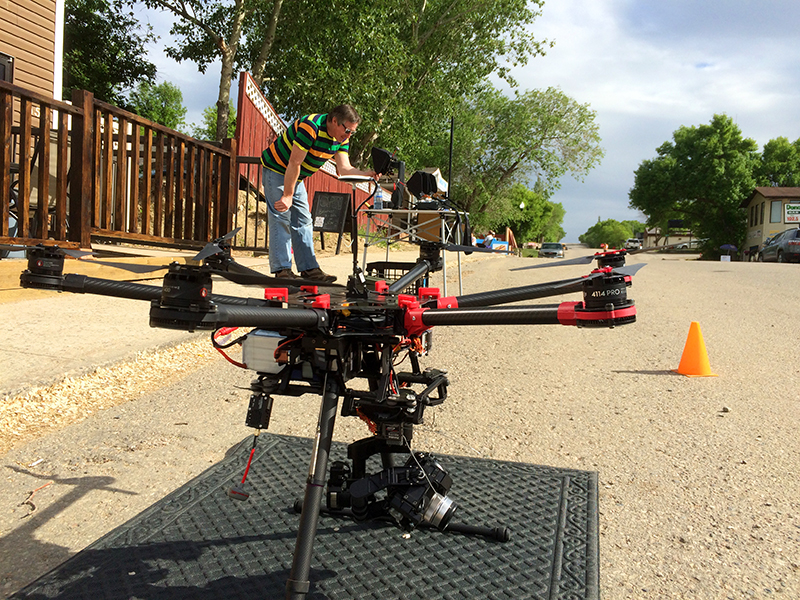 In the background behind a DJI S900 UAV - one of several UAVs flown by Java Post Aerial Photography - Trevor sets up the client viewing monitor. 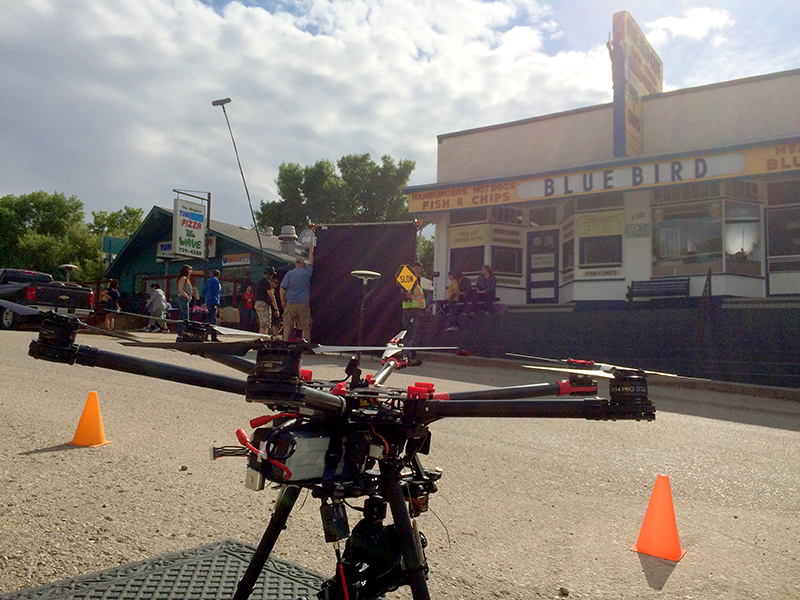 While the Java Post crew stands by, across the street the A.R.C.H.I.E. crew films a scene in front of the Bluebird Café.