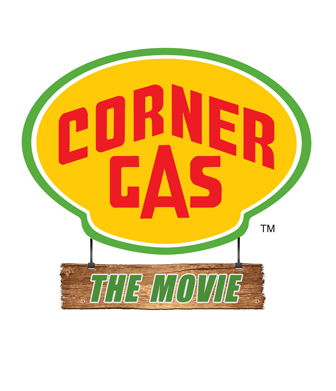 Java Post's "daily" dose of Corner Gas: The Movie. When it arrives, we get a "rush."

When we here at Java Post Production talk about getting our "daily dose" of Corner Gas: The Movie, what we're talking about are the "dailies."

In film and television production parlance, dailies are the raw, unedited shots that come straight to us from the production crew shooting on the set. This raw footage comes in every day, hence the term "dailies."

When the raw shots arrive at the Java Post Production office, we sync the video with the audio recorded on the set (that's where the slate or "clapper" thingy comes in handy), we format the digital files so that the main editor can start editing the scenes while the movie is still being shot, and we create video copies of the raw footage so that the shots can be reviewed online by the main production crew. In the olden days, the crew would gather each night in a movie theatre to watch the dailes. But everything's online these days. Except in Wullerton. (Spit!)

Sometimes you'll hear this footage referred to as the "rushes" or the "daily rushes." This term comes from when all the footage for movies and television was shot on film and the reels of film had to be developed in a "rush" so that the director, cinematographer, producer and editor could view what had been shot that day and determine if anything had to be re-shot on the following day.

Of course, we're working in digital files these days, not in actual film footage, but the traditional jargon remains the same: dailies and rushes.

In the photo above, daily editor Jon Tewksbury works on a fresh batch of footage, straight from the set of Corner Gas: The Movie.

It's a strange quirk of the movie business that most "daily editors" work at night. We should really call them "nightly editors." But then we'd be overturning a century of traditional film vocabulary.

And wouldn't THAT be a "rush?"