As you've read in previous news posts, Java Post Aerial Photography is working on some aerial camera tests for our friends at Talking Dog Studios, who are specialists in augmented reality, virtual reality, and interactive 3D visuals.

Now it's time to put them in the air. 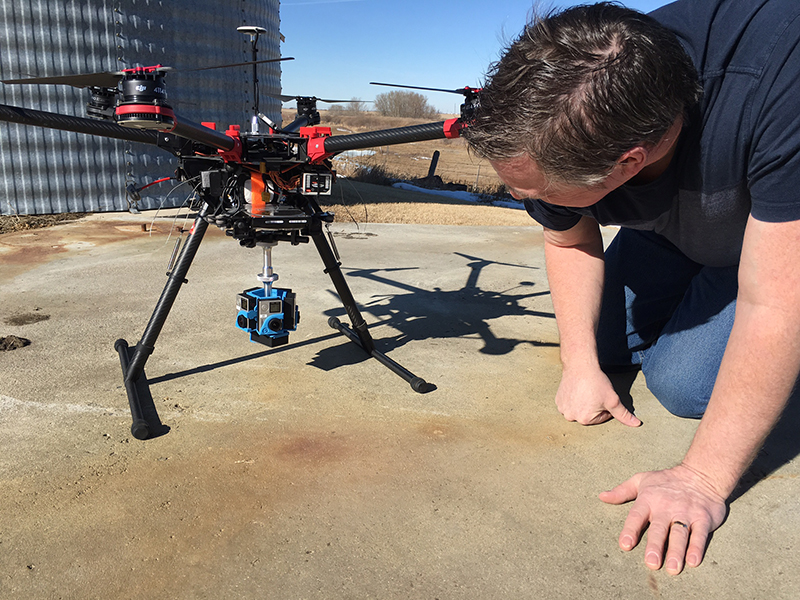 Out at the Java Post Aerial Photography test area, Trevor does some last-minute pre-flight checks, such as making sure none of the cameras fell off on the drive out. (Hey, stranger things have happened and it never hurts to check.) 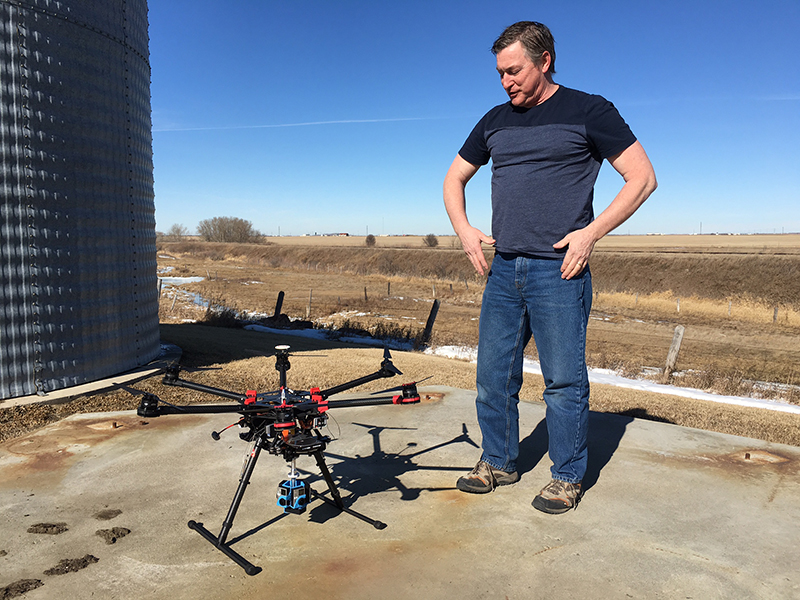 And now Trevor wonders what he's going to do during the flight. He's usually panning and tilting the camera as needed. But the six GoPro cameras are in fixed positions and, other than pressing "record" before takeoff, no camera control is required. It looks like Trevor is going to have a slow day. Where's that espresso machine? 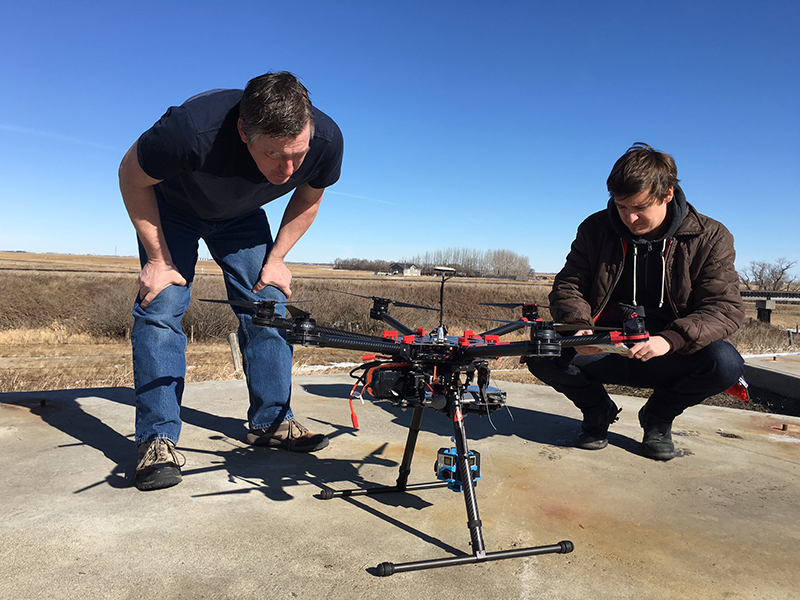 For the test flight, we were joined by Ryan Hill (right) from Talking Dog Studios. 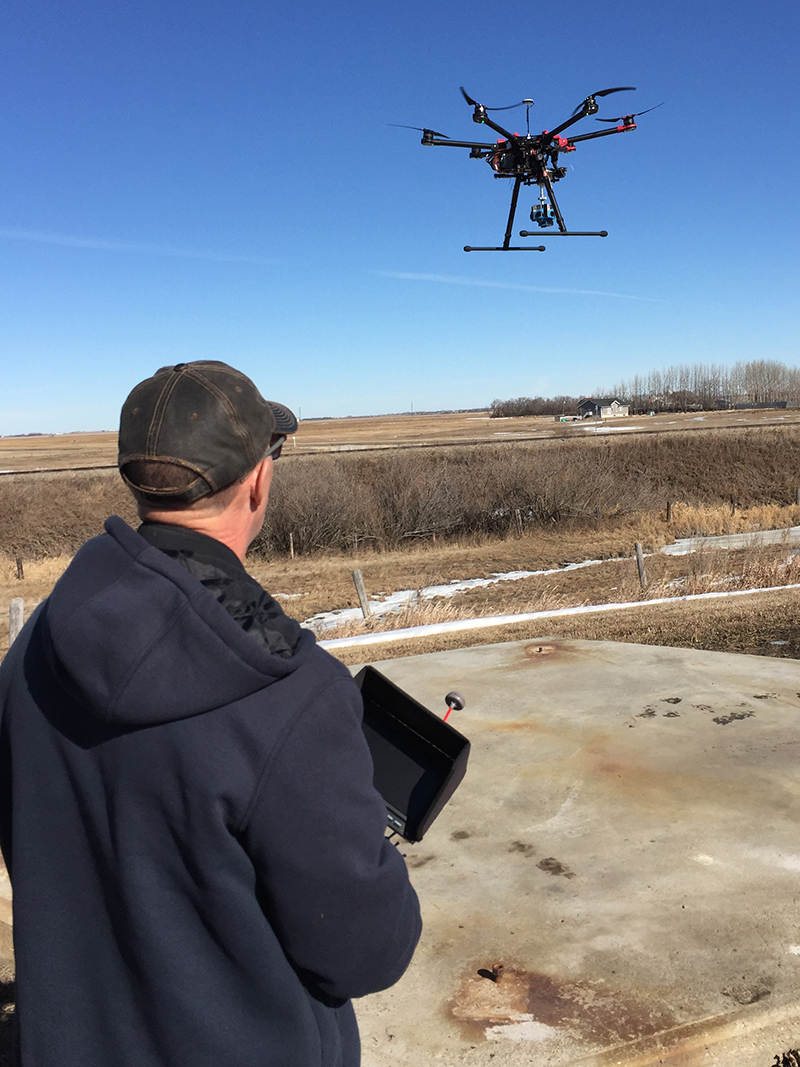 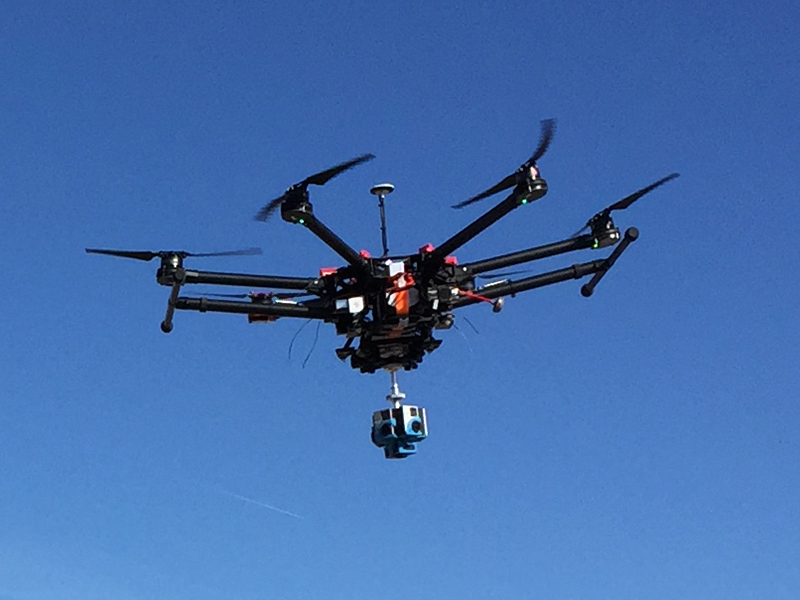 Once our DJI S900 UAV's landing gear has moved up into flight mode, the six GoPro cameras have a unobstructed view of everything around and below. No camera was mounted pointing straight up, as all you would see would be the bottom of our UAV. 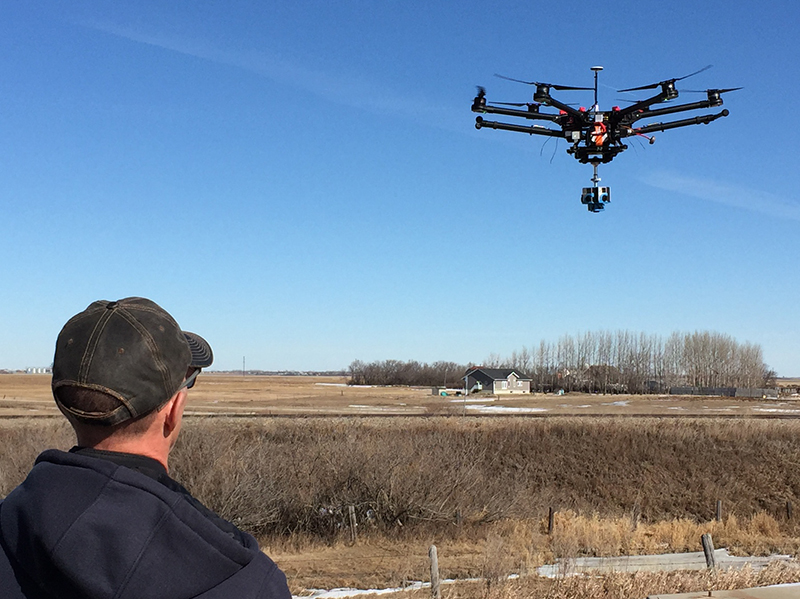 Even though this was not our usual camera payload, Jack said that the UAV handled quite well. To avoid optical lens distortion on the footage, Jack kept the UAV from flying too close to anything - which is something we'd do anyway for safety. We're all looking forward to seeing what the six camera views will look like when Talking Dog Studios stitches them all together to create the virtual reality environment.