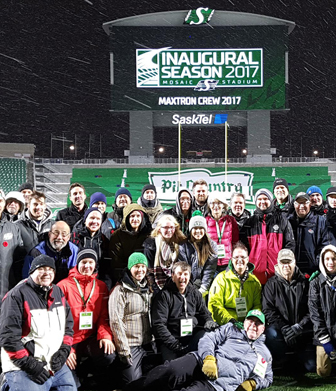 Java Post on the SaskTel MaxTron Crew at Mosaic Stadium

Java Post Production is proud to have had a pair of employees working another season on the SaskTel MaxTron crew at Mosaic Stadium.

For many seasons now, Java Post's own Randy Shumay (below, left arrow) and Doug Russell have been part of the in-stadium "big screen" crew for the Canadian Football League's Saskatchewan Roughriders. And, with the inaugural season at the brand new Mosaic Stadium having wrapped up on November 4th, Randy, Doug, and the rest of the crew posed for a snow-globe-like photo on the field.

Java Post loves being part of this great game-day in-stadium broadcast crew and we look forward to the 2018 CFL season and another year of cheering on our beloved Riders! #BEL13VE 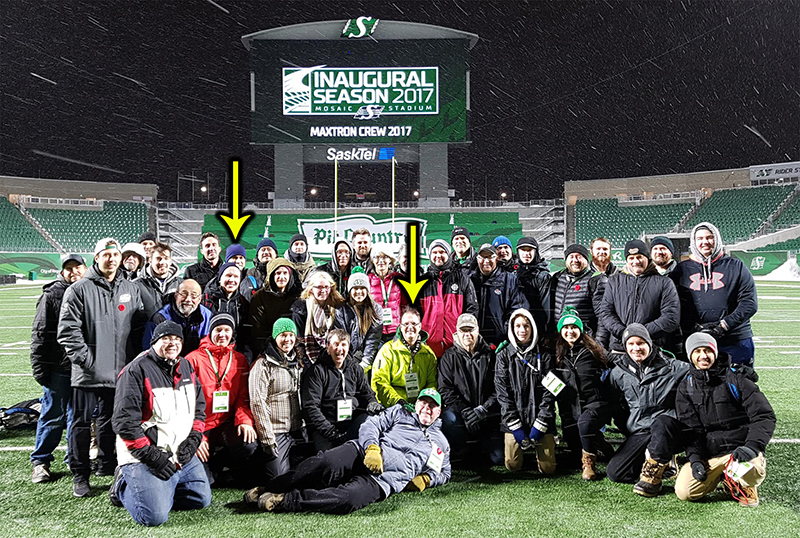