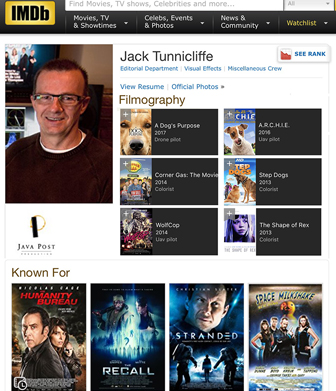 In honour of Jack's birthday (age withheld to protect the innocent), the staff at Java Post got together and updated his IMDb page. (It was cheaper than actually buying Jack a gift.)

For fans and creators alike, the IMDb website is a great source for behind-the-scenes information on "who did what" on all kinds of television and movie projects around the world, including people both in front of and behind the cameras.

In Jack's case, his profile includes some of his latest work as a colourist on movie projects such as The Recall, starring Wesley Snipes, and The Humanity Bureau, starring Nicolas Cage. Another movie project Jack is working on - Distorted, starring Christina Ricci and John Cusak - is now in post-production here at Java Post and will be added to Jack's profile when completed.

Happy Birthday, Jack! For your Christmas gift, the staff is going to update your Facebook page. (Darn! We've ruined the surprise now!) 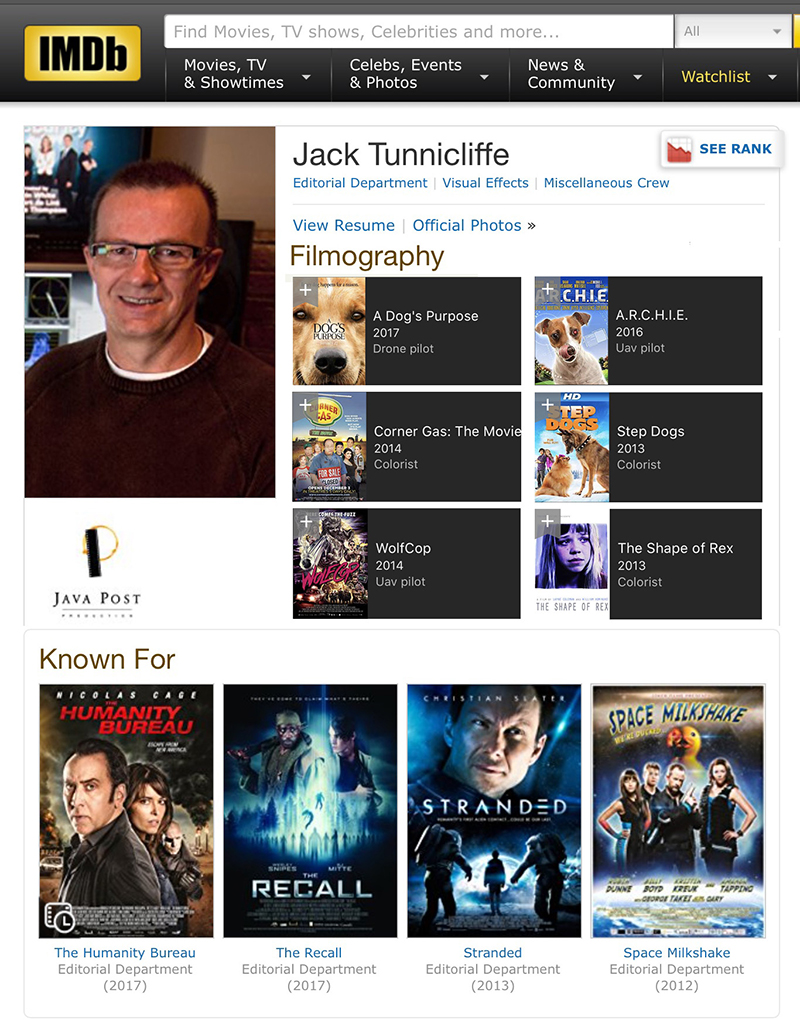