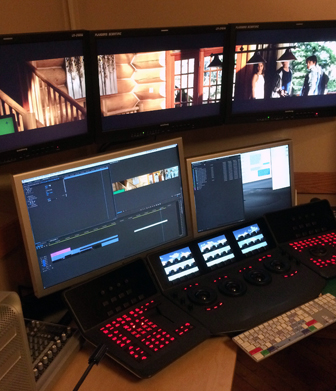 In preparation for a series of feature film projects Java Post Production will be undertaking with Minds Eye Entertainment, we've been making some modifications to the monitoring system in one of our colour correction suites, in order to work in the three-screen Barco Escape format.

Pictured below is an example of how the three-screen Barco Escape format appears in a suitably-equipped theatre. That's a whole lot of lateral landscape! So Java Post had to add a few more screens to monitor the upcoming colour correction process. 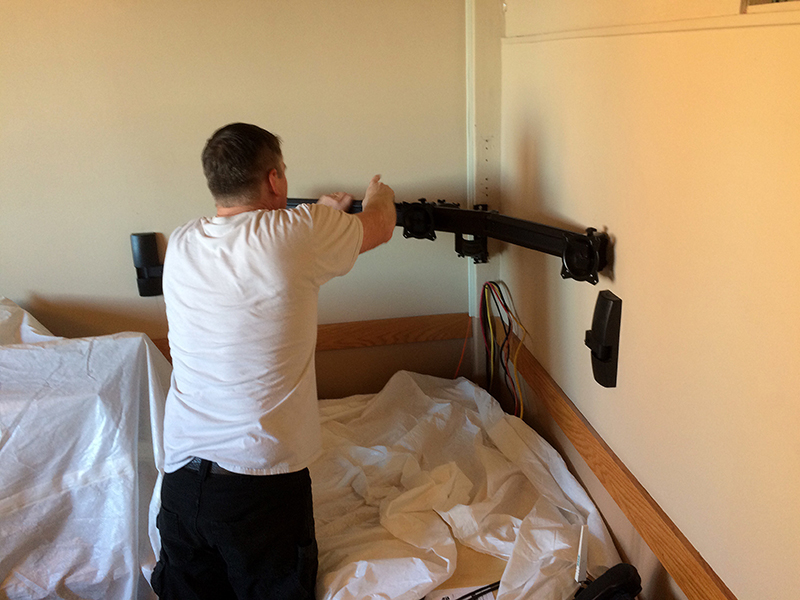 Our technician Trevor Bennett preps a multi-screen mounting bracket in the office of our head colourist, Jack Tunnicliffe. 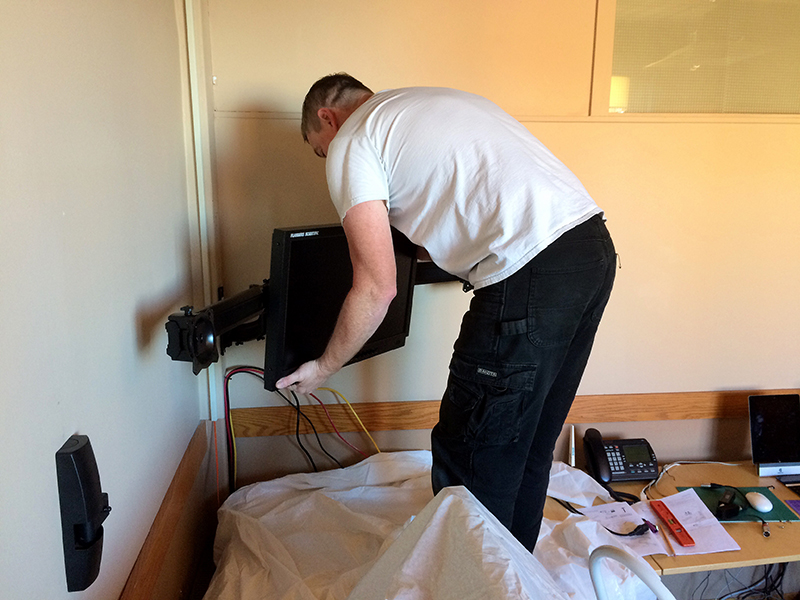 The first of three Flanders Scientific professional broadcast reference monitors is hung in the centre of the bracket... 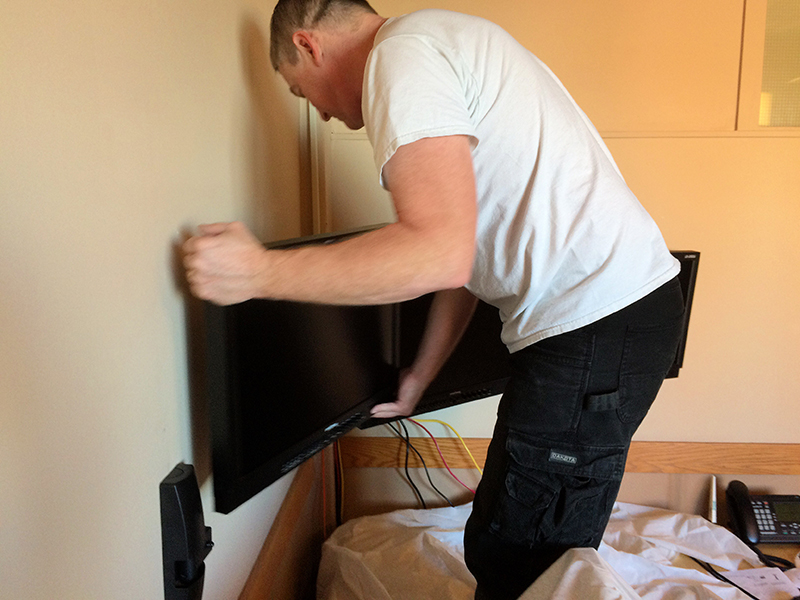 ...followed by the two outer screens. 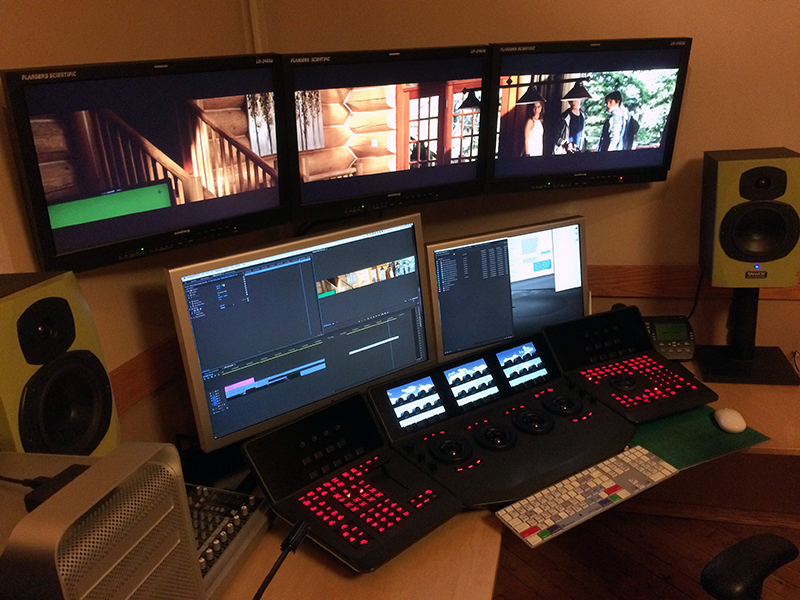 And here is the finished bank of three monitors, ready for the DaVinci colour correction of the 270-degree Barco Escape view. 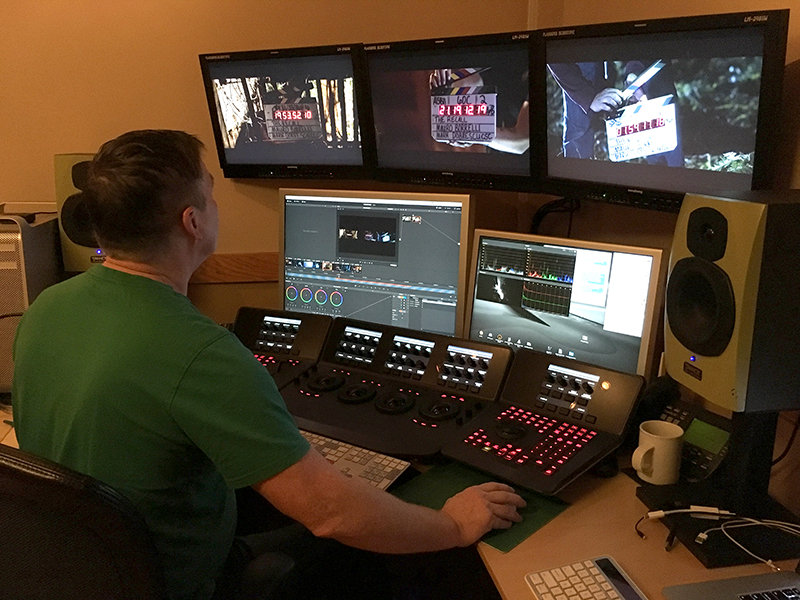 Trevor tests out the system as footage from three separate cameras are fed to each of the three screens to produce a wide, seamless image. 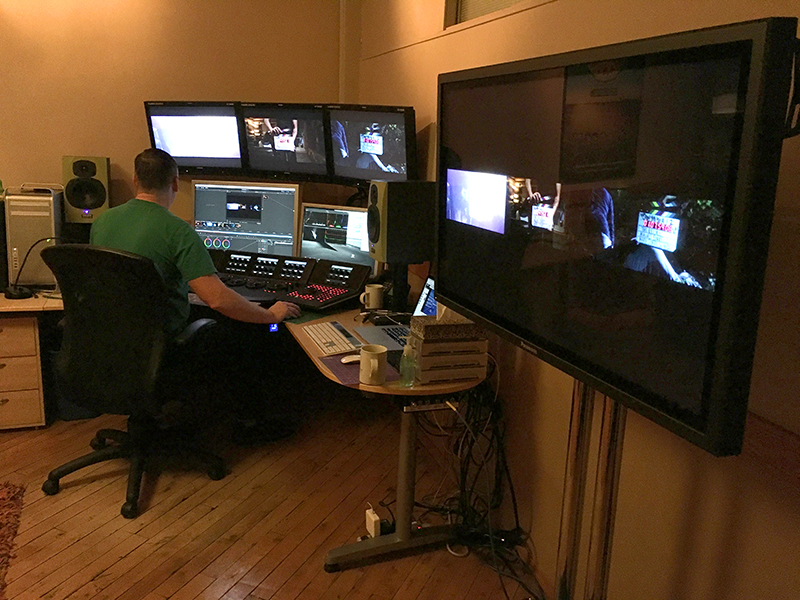 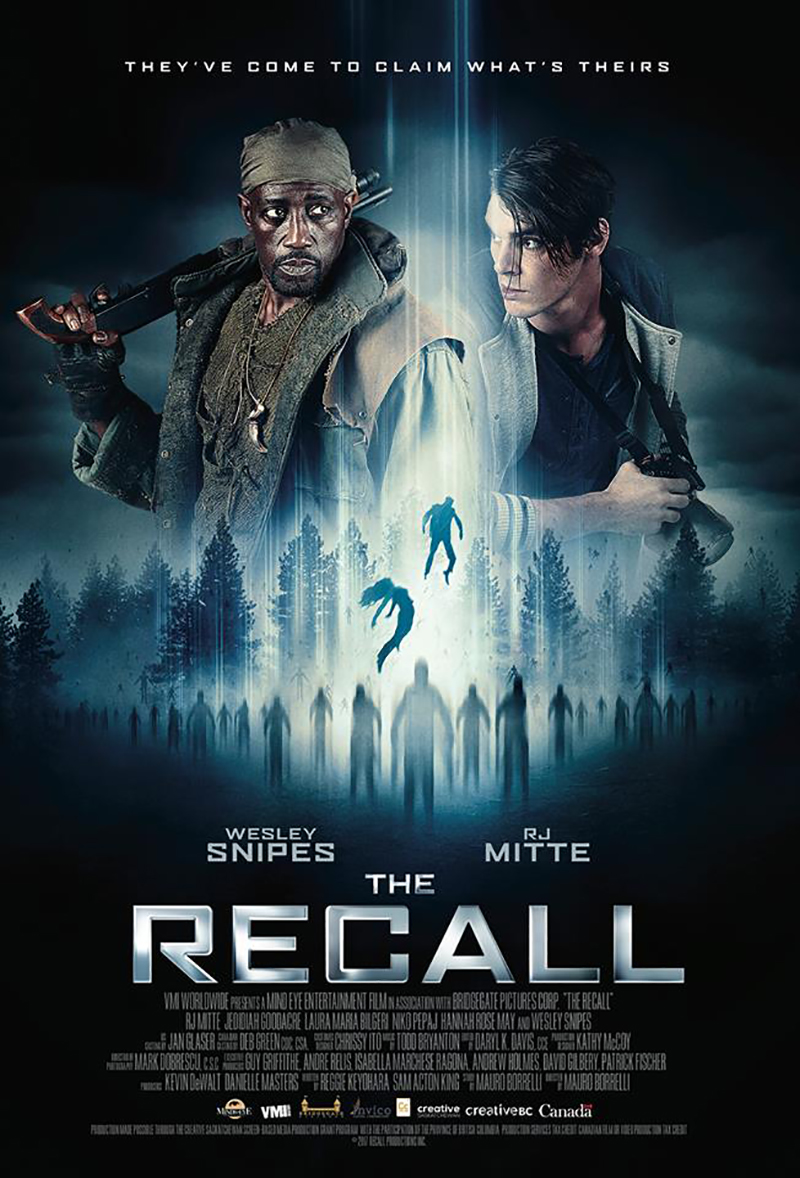