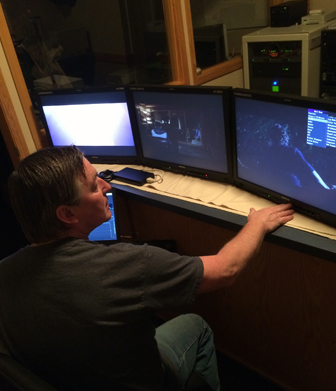 The Recall was shot for the new Barco Escape, three-screen, panoramic theatrical format, which fully surrounds audiences and offers the ultimate immersive cinema experience. Portions of the film were also shot in Virtual Reality.

Above: An example of how the 3-screen Barco Escape presentation appears in a theatre setting.

The Barco Escape format is characterized by the addition of two screens to the side of the main screen, providing a 270-degree panoramic experience. Of course, that multi-screen format means one of our Java Post colour correction suites is going to need a little modification. 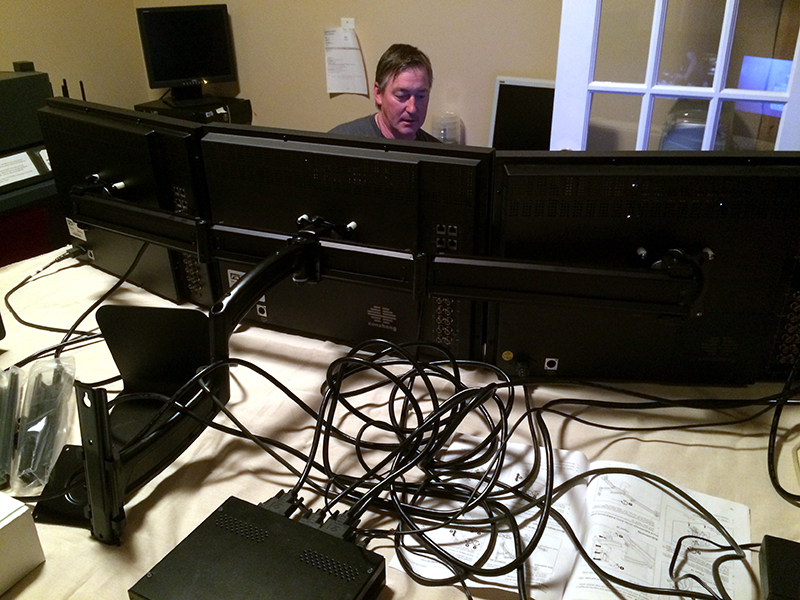 Above, you can see the massive wall-mount bracket that will hold the 3 monitors. This will all soon be installed into one of Java Post's colour correction suites. 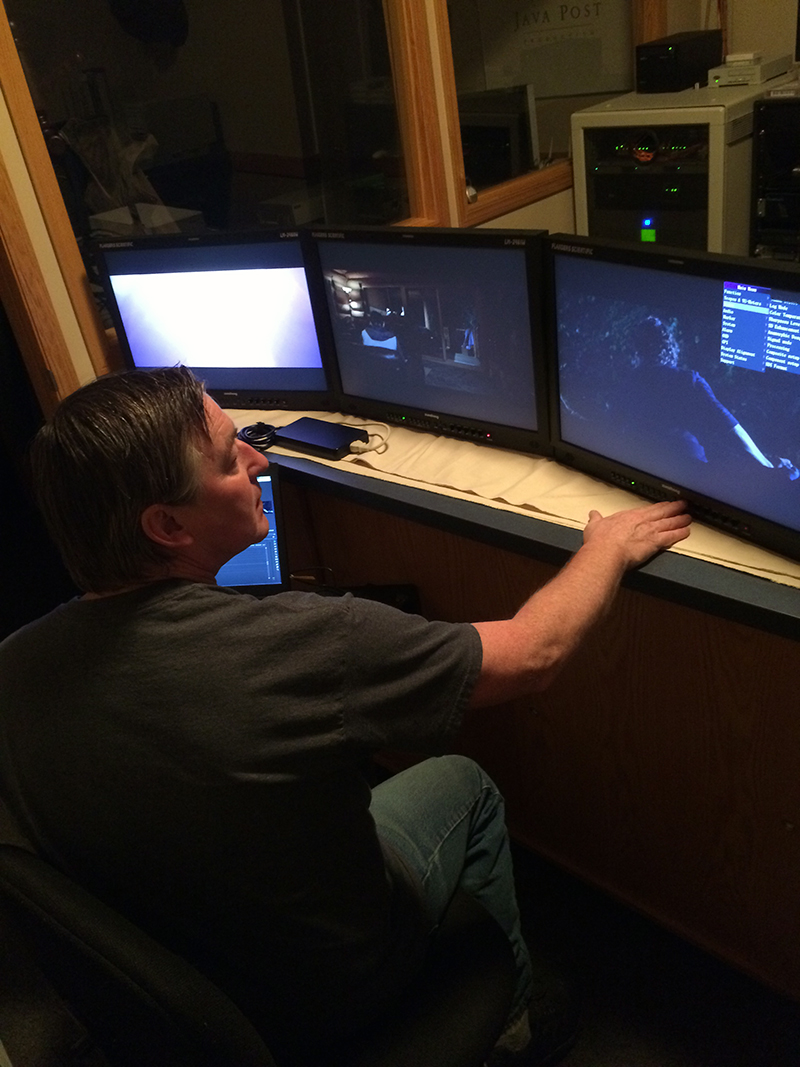 Java Post technician Trevor Bennett calibrates the monitors, so that they will all respond as one, with consistent colour temperature and clarity across all 3 screens. There's lots of tweaking involved, but tweaking (not twerking) is something Trevor does extremely well.