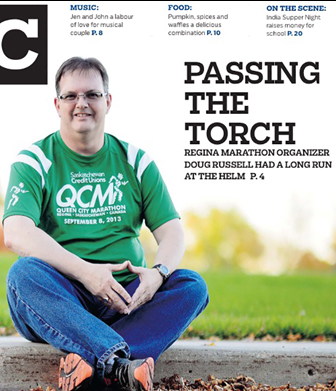 Java Post employee makes the cover of QC Magazine! (Rolling Stone is next)

One of our Java Post Production team was recently featured in a cover story for QC Magazine, here in Regina, Saskatchewan. Regina is known as the Queen City, so that's the "QC" part of the magazine title.

Java Post's own Doug Russell was a founder of the Queen City Marathon, an international qualifying race for the legendary Boston Marathon. The QCM, as it's known, celebrated its 15th anniversary this past September 13th and Doug - who was the event's director for 9 years and still serves on its board of directors - was interviewed about the race's history. And, despite his career preference to stay behind the camera, Doug's photo made the cover.

All of us in the Java Post Production office always figured we'd see Doug's picture in the paper one day.

We just assumed there would be a reward dollar amount beneath it. 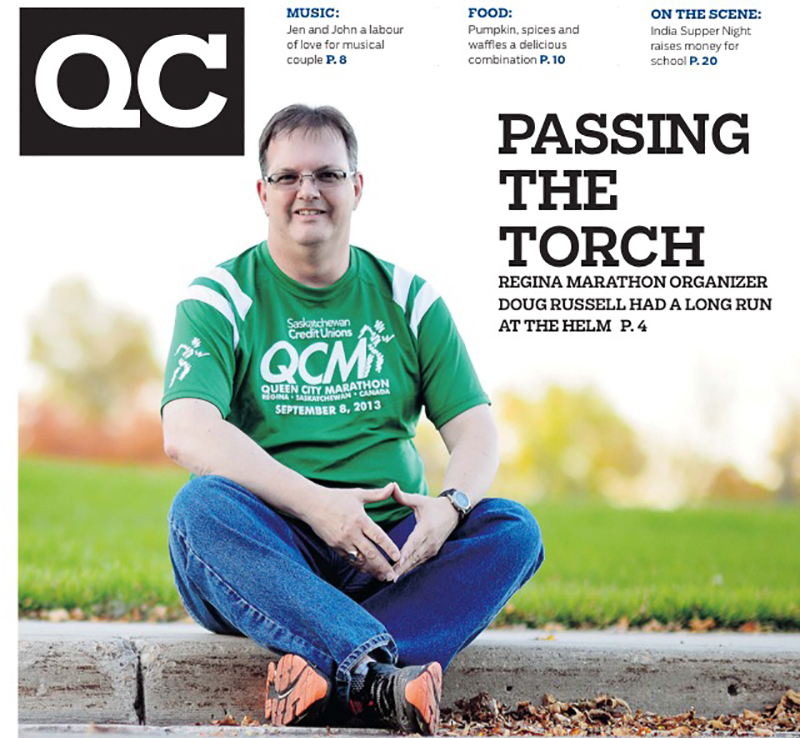