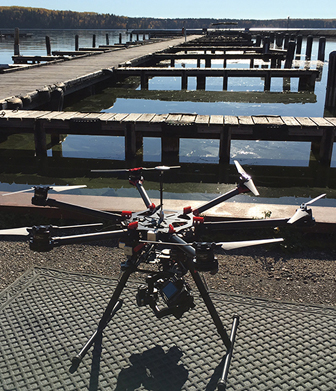 Java Post and WSP Canada at the Waskesiu Marina - Part 2

On September 30th and October 1st, our Java Post Aerial Photography flight crew helped a team of engineers from WSP Canada to conduct an aerial survey of the marina located in the pretty resort town of Waskesiu, Saskatchewan.

Waskesiu is situated on the edge of Waskesiu Lake, within Prince Albert National Park.

Here are a few photos from the second day of this two-day project. To read about day one, CLICK HERE. 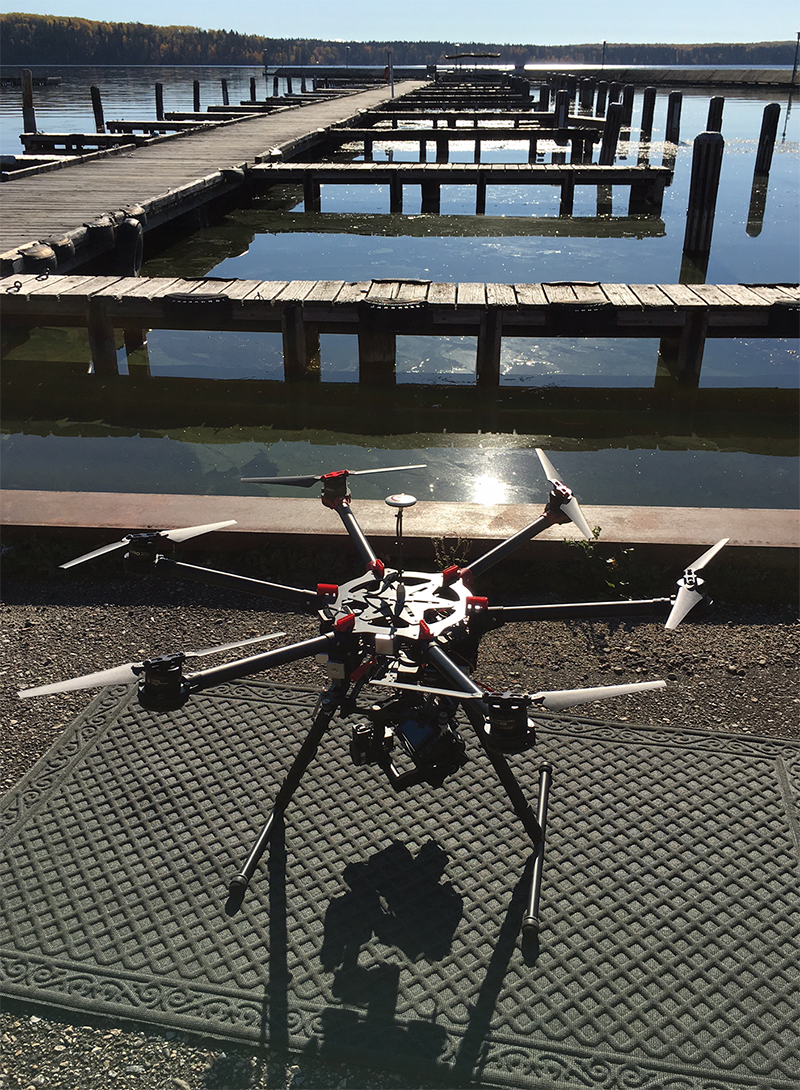 One of our UAVs (unmanned aerial vehicles, also known as a "drone") soaks up the the bright morning sunshine at the Waskesiu marina.

Prince Albert National Park - where the town of Waskesiu is located - is actually a "no-drone zone." However, this project is the second time that Java Post Aerial Photography has received special clearance to conduct flight operations within the park. 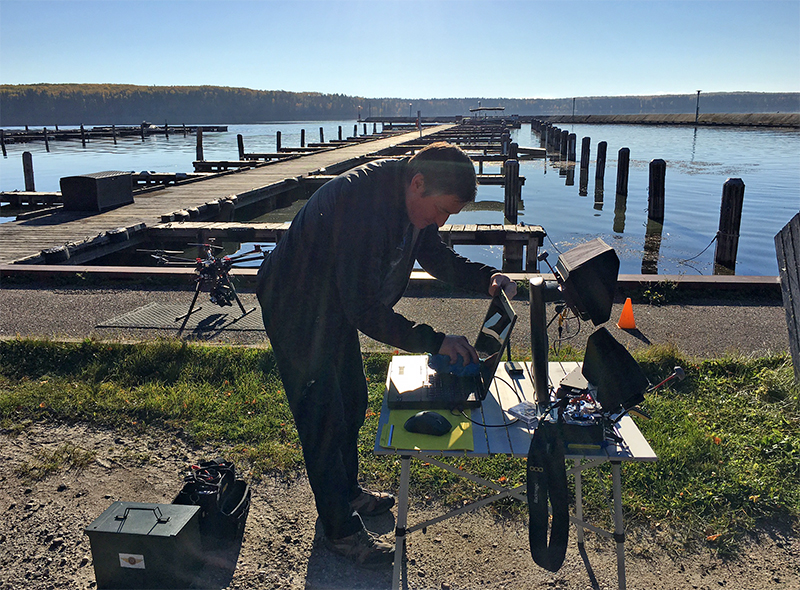 Prior to the first flight of the day, our UAV (unmanned aerial vehicle) technician, camera operator, and second pilot, Trevor Bennett, sets up the computer, UAV controllers, and client viewing monitor. 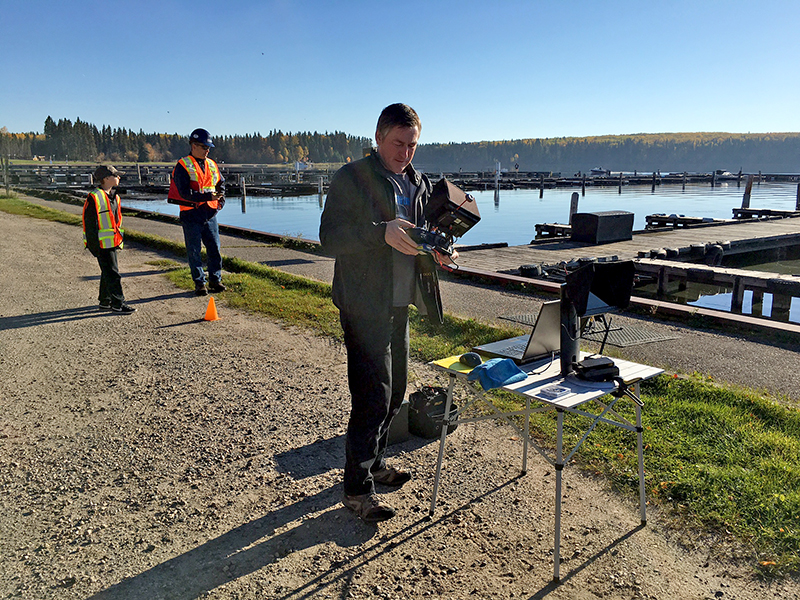 While Trevor continues to set up the gear, we'll explain that Java Post Aerial Photography uses with a two-person crew. Both of our operators - Trevor  and Jack Tunnicliffe (taking this photo) - are certified UAV pilots, but, in this two-person configuration, one will fly the UAV and the other will operate the camera.

More importantly, we find this two-person crew to be a much safer way to conduct our flights, as each person can concentrate on one aspect of the operation. 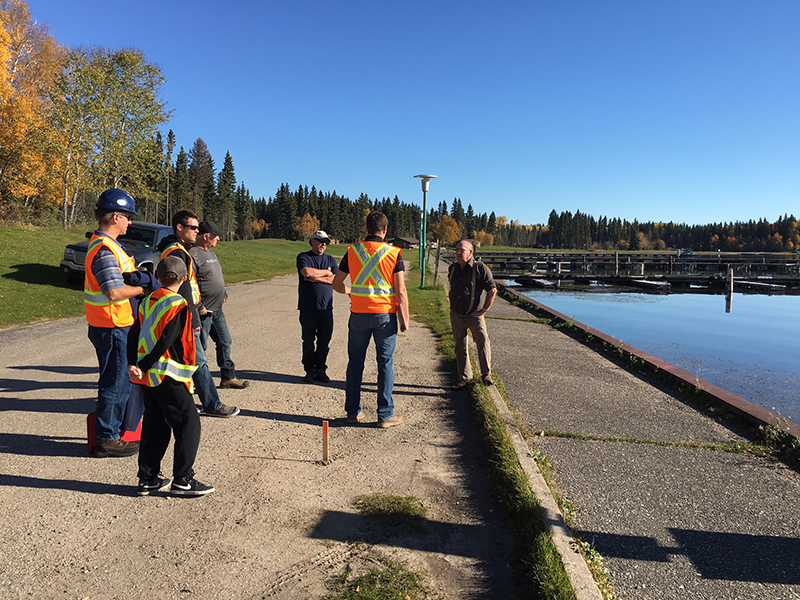 On this second day of shooting at the Waskesiu marina, we were joined by a few more members of the local engineering team from WSP Canada. 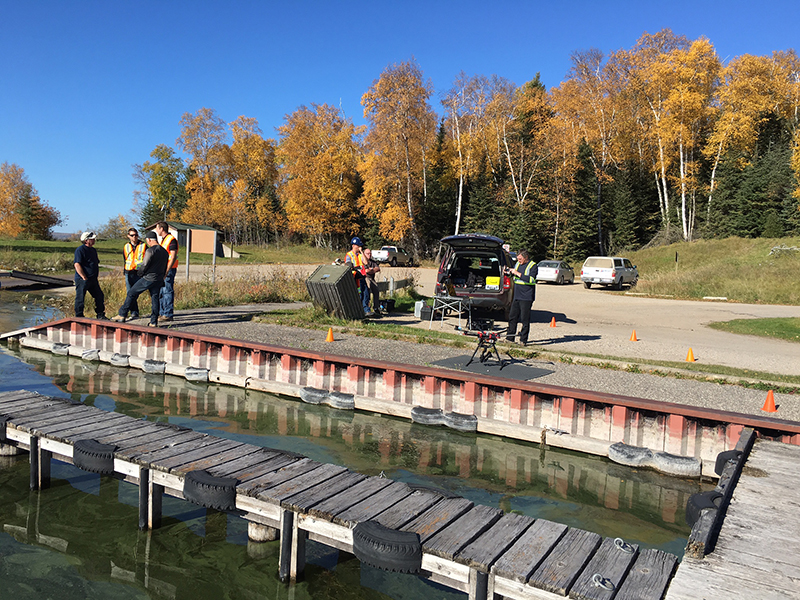 And, really, who wouldn't want to get out of the office to enjoy such a lovely day down by the water? In the photo above, you can see how our area is marked off with safety cones, to keep onlookers at a safe distance when the UAV is powered up during launch and landing procedures. 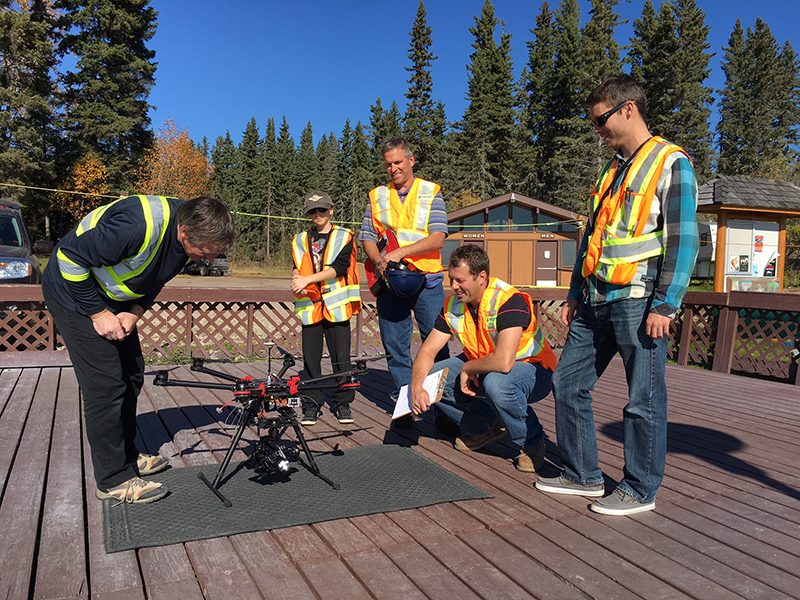 This customized DJI S900 hexacopter is one of three primary UAVs flown by Java Post Aerial Photography. Each one of our drones has different advantages, depending on the specific project requirements.

Our flight crew had a very enjoyable time working once again with the engineers from WSP Canada, as we had previously done on a project in the city of Regina back in June. You can read about that previous project HERE.