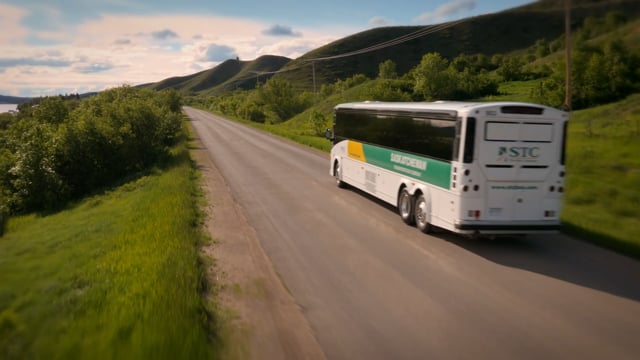 For a news story about SaskPower utilizing drones for aerial reconnaissance of electrical lines, veteran CTV Regina reporter Wayne Mantyka was out at Java Post Production yesterday to interview company owner (and experienced drone pilot) Jack Tunnicliffe about the use of UAVs - unmanned aerial vehicles - for commercial purposes.

As part of its full slate of production services, Java Post is an established commercial UAV drone operator, with a blanket SFOC (Special Flight Operations Certificate) from Transport Canada to operate commercially in Saskatchewan. To view some examples of our aerial photography work, CLICK HERE.

Wayne's story references a commercial we shot and produced a few months ago for STC, the Saskatchewan Transportation Company. Click on the "Related Project" movie above to see the entire commercial.

Jack's appearance in the finished story is quite brief, which is perfectly fine with Jack, a guy who deliberately spends most of his career trying to stay behind the camera lens.

Here is a link to the CTV News story (which plays immediately after the obligatory commercial message):

Below are a few screen grabs from the story.

A view of electrical lines, as seen via the SaskPower inspection drone camera.

A screen grab from the story of the STC commercial we shot and produced a few months ago with our "Javacopter" UAV drone. To see the commercial, click on the "Related Project" movie at the top of the page.