Shooting at this location during the game required Java Post to acquire multiple permits, including permissions from the Saskatchewan Roughriders, the City of Regina/Evraz Place, SaskPower, and CP Rail, in addition to our existing Canada-wide certification through Transport Canada/NAVCAN. 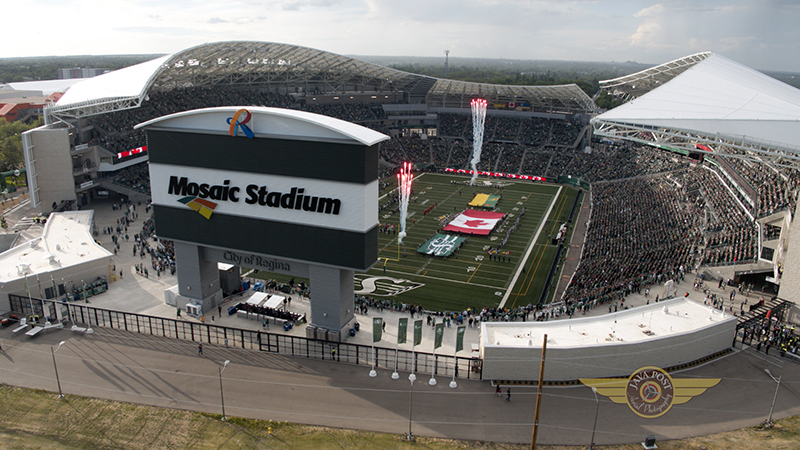 Fireworks go off following the end of the National Anthem just prior to kickoff at Mosaic Stadium, where the Saskatchewan Roughriders are about to play the Montreal Alouettes. 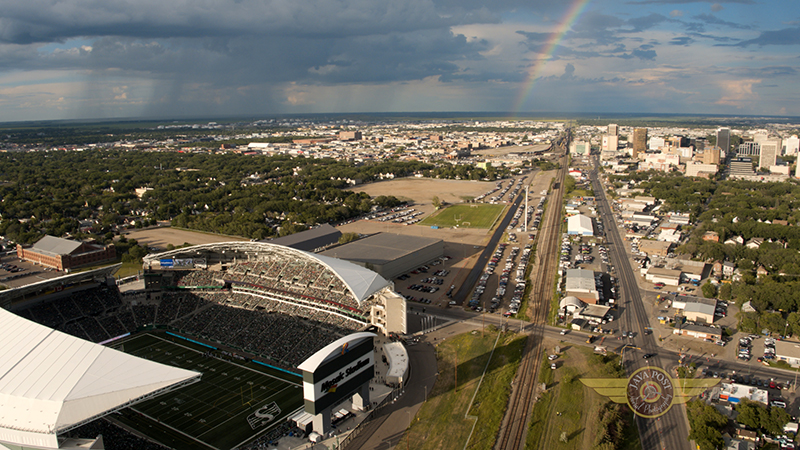 In the distance, a rainbow decorates the sky over the City of Regina. 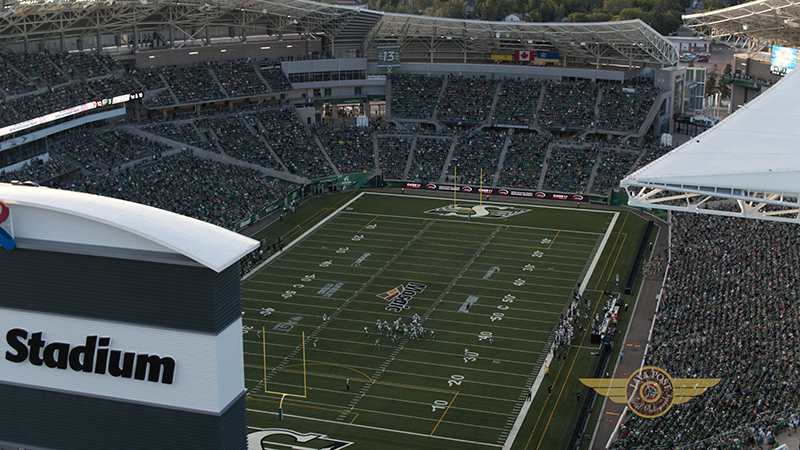 By using a selection of camera lenses, the Java Post Aerial Photography drone was able to get quite a good look inside the stadium bowl, without having to physically fly closer to the facility. 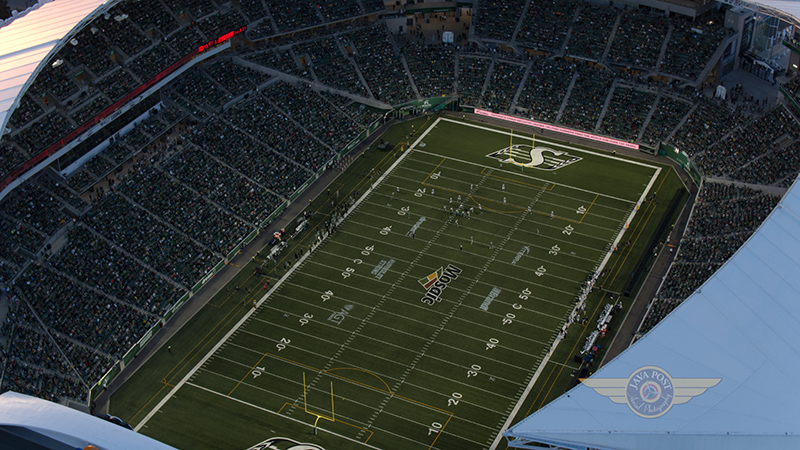 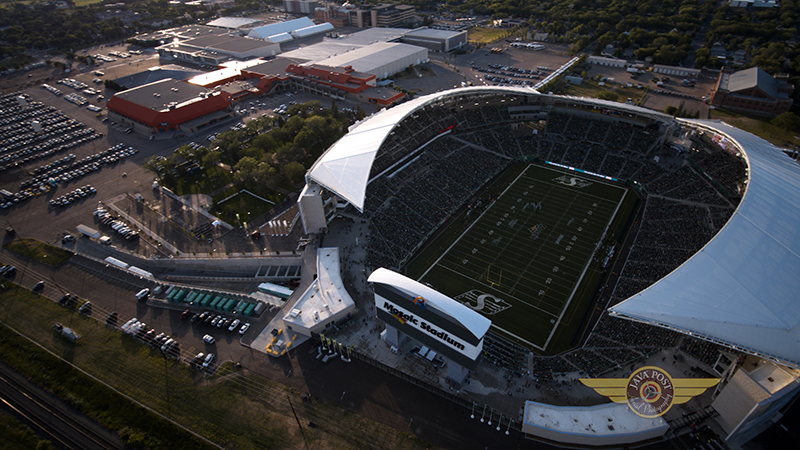 Looking west as the sun sets, we can see the other buildings that make up the Evraz Place complex in which Mosaic Stadium is located. 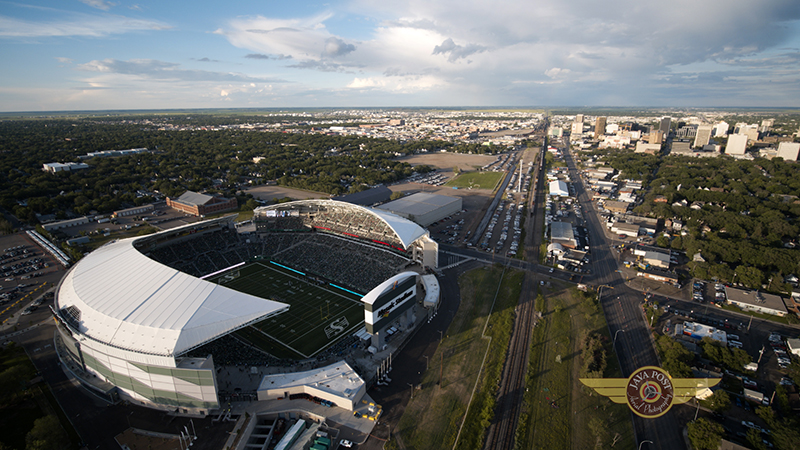 Toward the east we can see the downtown core of Regina. In the lower centre of the photo, you can see the CP Rail line track. As part of our flight safety protocol, we were required to land each time a train approached our location. This occurred several times during the course of our shooting window. 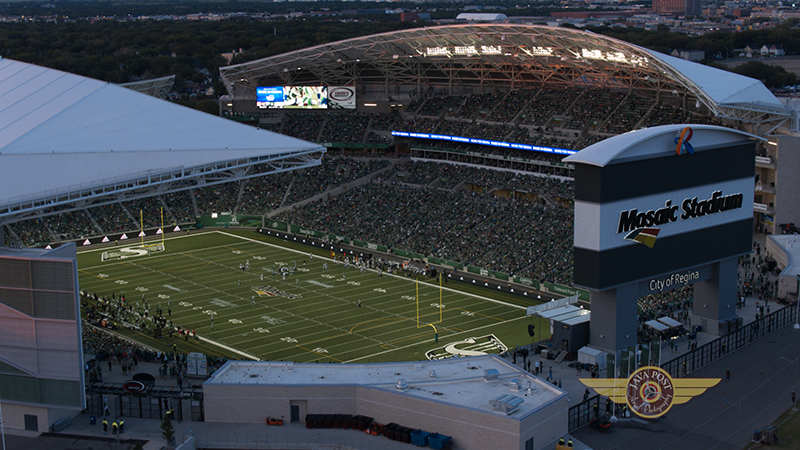 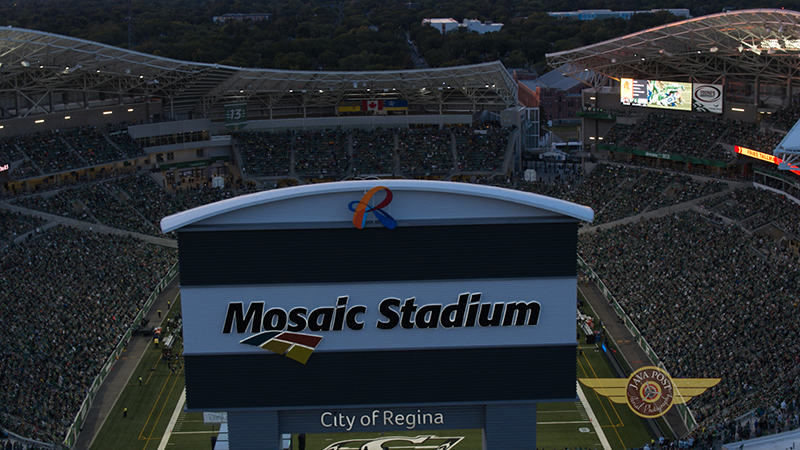