Okay, technically it's more like "night and early evening" at the A.R.C.H.I.E. café, but you get the idea.

Located in the lake-side town of Regina Beach, Saskatchewan, Canada, the Blue Bird Café was one of main shooting locations for the family feature film A.R.C.H.I.E., starring Michael J. Fox as the voice of the movie's titular character, who happens to be a talking robot dog. Or, to be more specific, an Artificial Robotronic Canine Hyper-Intelligence Experiment. But we just call him A.R.C.H.I.E., for short.

Here is a before-and-after example of one of the many kinds of colour grading fixes Java Post Production does, using our Blackmagic Design DaVinci Resolve colour grading system. 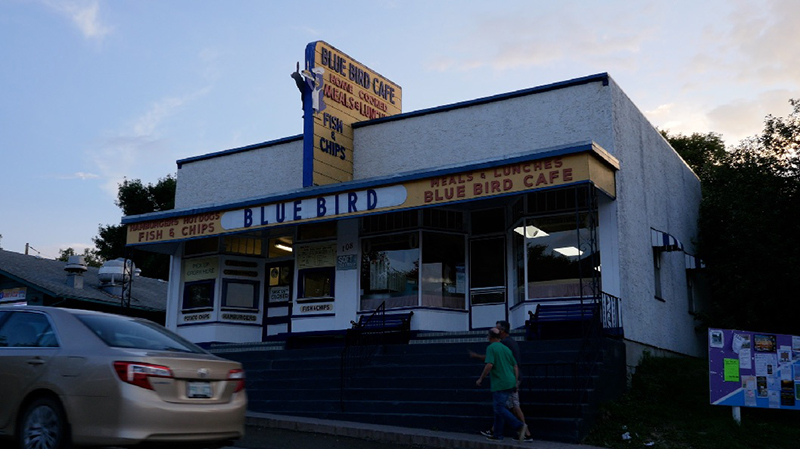 The challenge was this: in order to match an interior scene that had been shot at the cafe´ several days before, we needed an exterior shot of the Blue Bird Café at sunset.

However, as you can see in the original camera image above, when A.R.C.H.I.E. director of photography Layton Burton and Java Post Production colourist Jack Tunnicliffe went back to the café to record this shot, the café had already closed for the evening. Plus there wasn't enough "sunset" in the sky, as the sun had already gone down quite a bit. 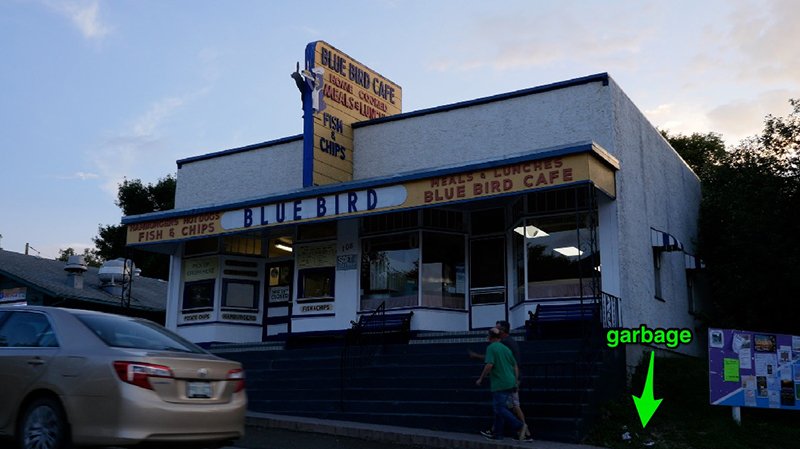 The first thing that had to be done, of course, was clean up some garbage in the bottom right corner of the building. Because a car and a couple of people passed in front of the garbage, Jack had to animate a DaVinci Resolve correction node, to eliminate the garbage without eliminating the car or people. And the people walking past the café in this shot just happened to be Jack and Layton (Jack is wearing the green shirt).

Once Jack had digitally "taken out the garbage," so to speak, he then had to make the café appear to be open for business. To accomplish that, Jack used a matte piping into a correction node in DaVinci Resolve to add an amber glow in the windows.

In addition, Jack used a literal stack of correction nodes (pictured above on the upper right of the screen) to fix various areas of the shot, including adding beautiful sunset tones to the sky and clouds. However, even with all these correction nodes stacked one on top of the other, the shot still plays back in DaVinci Resolve in real time, without having to wait for any rendering. 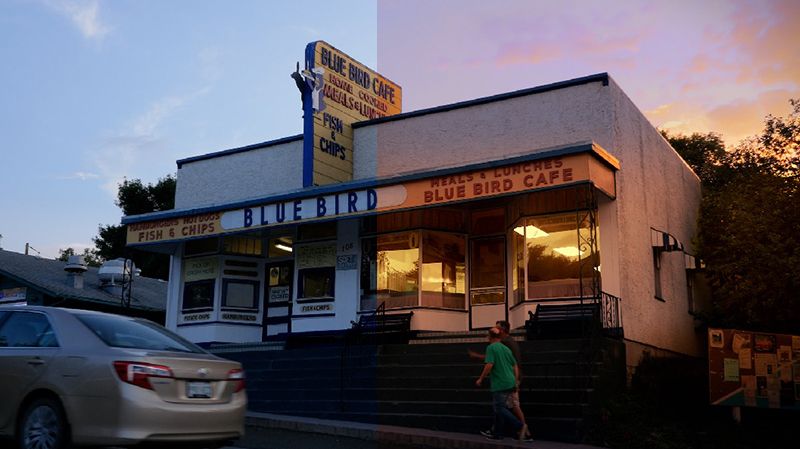 Above is a split screen showing the original camera image on the left and the colour graded image on the right. Quite the difference! 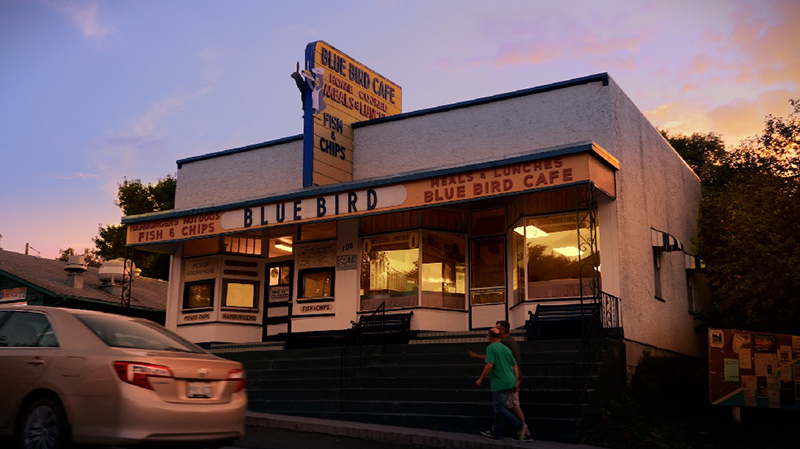 The finished shot makes the Blue Bird Café look warm, cozy, and inviting. Just the thing for this particular scene in A.R.C.H.I.E., when things hit the fan during "fartgate." But you'll have to wait to see the movie to learn what that's all about.