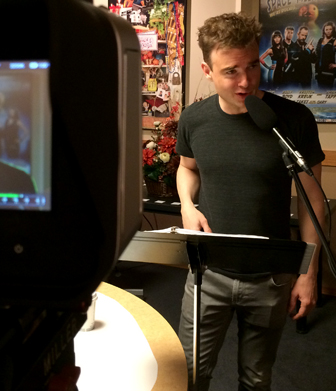 As pre-production continues on the upcoming Trilight Entertainment/Java Post Production feature-length project A.R.C.H.I.E., one of the many, many items on the "to-do" list of writer/director Robin Dunne is to do a rough recording of the leading character's lines.

These temporary lines will help the project's editor with shot pacing during the editing process. In addition, our Java Post Production visual FX artists may also use the video as a reference guide for facial expressions. As production progresses, Robin will be replaced by the actual actor performing the role.

Who might that actor be, you ask? Well, for now, that's a secret. We can't blab out ALL the movie magic.

Since Robin wrote the script and is directing the movie, he's the perfect guy to act out these temporary lines for our camera. Not to mention the fact that Robin is also a talented actor who knows how to give a great performance. 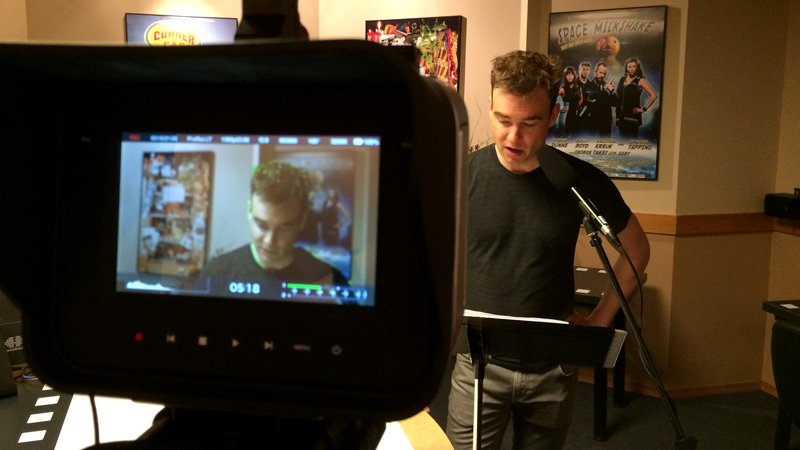 Here's Robin reading the lines in the comfort of the Java Post Production boardroom. Because this recording is just temporary, no fancy sets, costumes, makeup, or special effects are involved. Just a camera, a microphone, a script, and enough strong coffee to kickstart the writer-director's busy day. 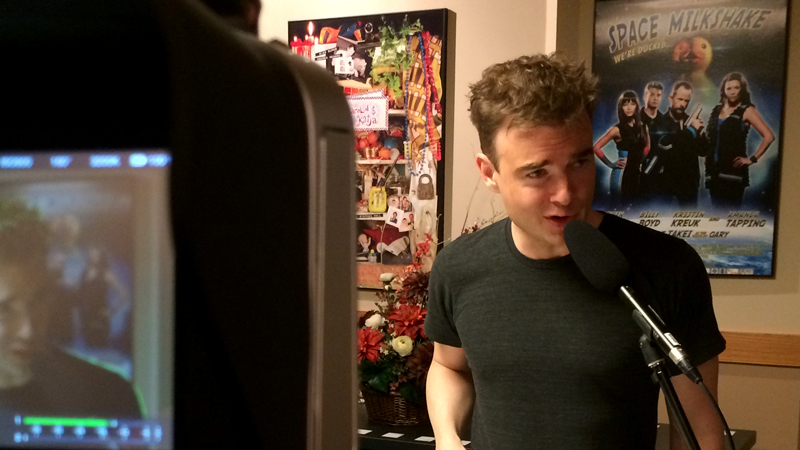 There was a little bit of coincidental déjà vu during this morning's recording. Right over Robin's left shoulder, in the upper right of the photo, is a poster for a movie called Space Milkshake...which was also produced by Trilight Entertainment...with visual FX and colour correction by Java Post Production...and starring...(wait for it)...Robin Dunne. He's second from left in the poster.

Stay tuned for more A.R.C.H.I.E. updates in the weeks and months to come!