For Java Post, smooth camerawork on The Adventure Club is as easy as riding a bike. Or a pickup truck.

Java Post Production and Java Post Aerial Photography has done some specialized camerawork on the family movie The Adventure Club, which was shot in and around Regina, Saskatchewan, Canada in October, 2015.

For one scene, the objective was to record the movie's three young stars conversing as they rode their bicycles through a park. To get the shot, our two Java Post camera operators sat in the back of a pickup truck - no fancy camera vehicles required. This short video shows a test of the system, using a film crew member on a skateboard to simulate the three actors on their bikes. It's an amazing simulation, isn't it? Uncanny, really.

The Adventure Club movie is directed by Geoff Anderson, written by Robin Dunne and Fred Ewanuik, and co-produced by Trilight Entertainment and Montague Entertainment. 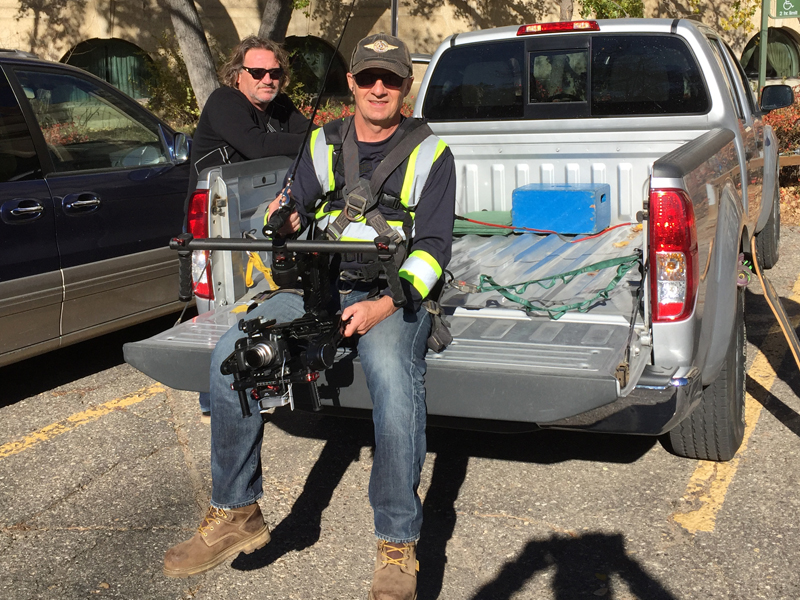 Here's Java Post's Jack Tunnicliffe, sitting on the back of a pickup truck, waiting for the shooting to begin. 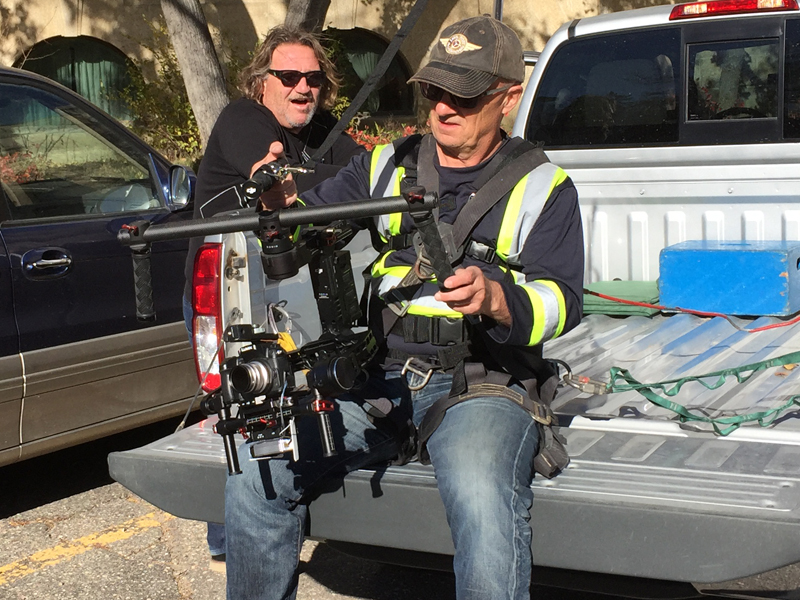 Jack is wearing a body-mounted Atlas Camera Support system and, connected to that, is our DJI Ronin 3-axis stablized hand-held gimbal unit, in which the camera is mounted. 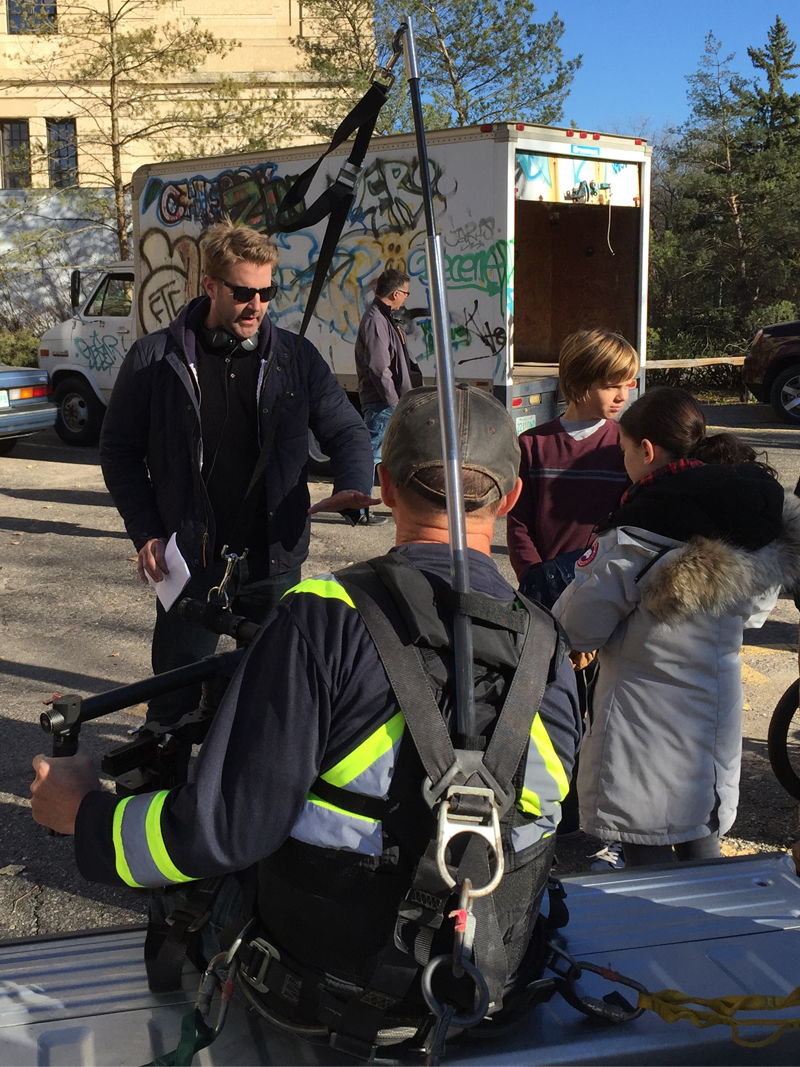 As the movie's director, Geoff Anderson, goes over the scene with the young actors, you can get a better look at the Atlas Camera Support worn by Jack. The camera unit is attached to the steel and fibreglass rod sticking up from Jack's back. The Atlas Camera Support rod takes the weight of the camera off Jack's arms, allowing him to shoot for a lot longer, with more control and more comfort.

At the bottom of the image, you can see the three safety harness lines that are holding Jack safely on the truck's tailgate. We don't want to get the shot but lose the shooter. 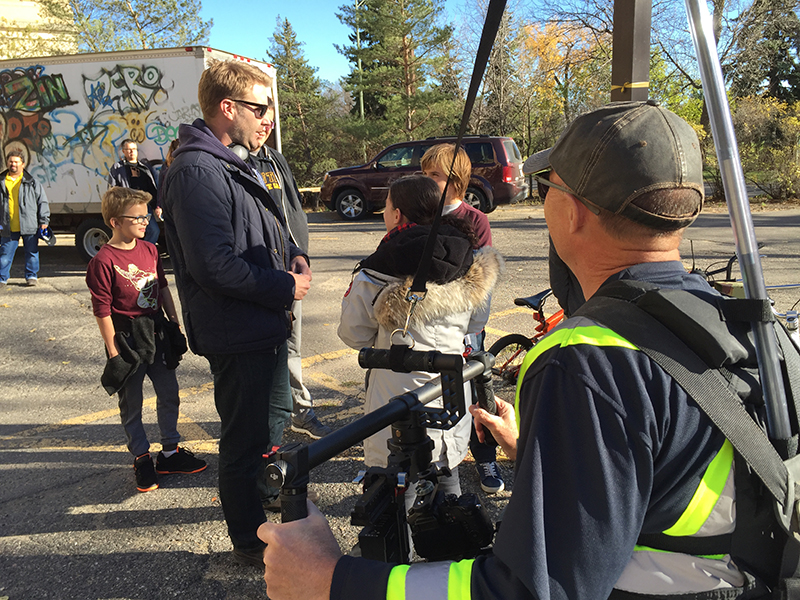 In the image above you can see how the top of the hand-held camera unit is attached to the support rod, which takes most of the weight and leaves Jack free to concentrate on the shot. Because Jack will literally have his hands full, another Java Post crew member, Trevor Bennett, is going to remotely control the camera's pan and tilt movements, while watching a live video feed. 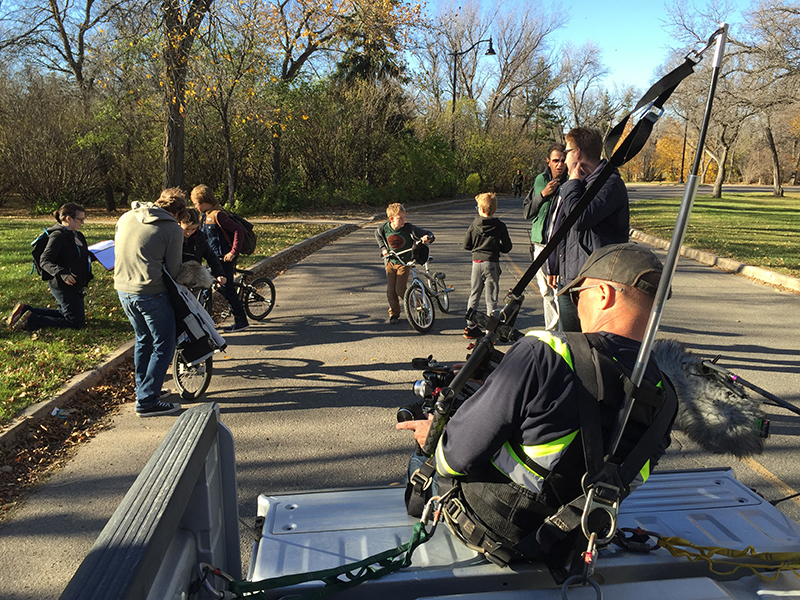 We're just about ready to get this scene rolling - literally. When the shot starts, Jack is going to lean forward off the end of the truck tailgate, to get the camera as low to the pavement as safely possible. Jack is going to be glad he's wearing that three-point safety harness. 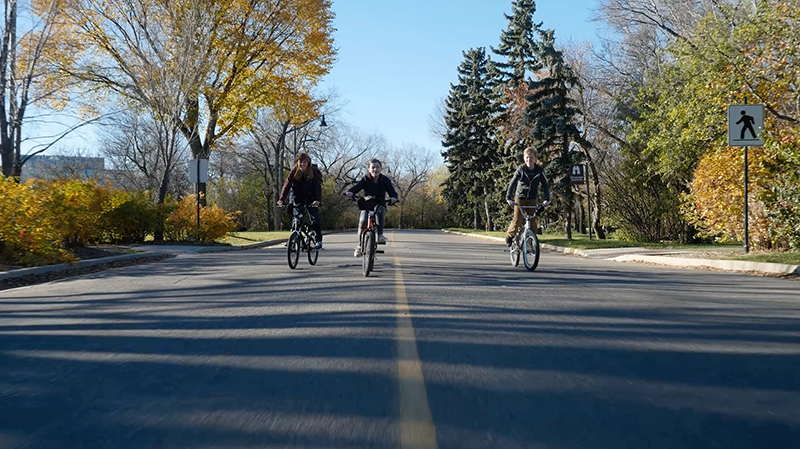 Here's a freeze-frame from one of the takes. 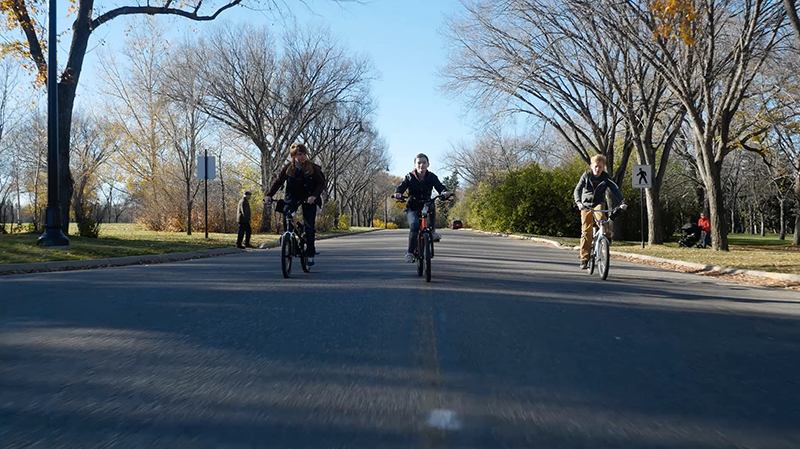