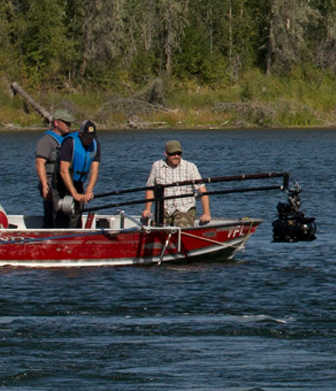 Currently in the editing phase at Java Post Production, the upcoming commercials will showcase spectacular images of northern Saskatchewan forests, rivers, and lakes.

When it comes to rivers and lakes, one perspective that always attracts a photographer's eye is the view from beneath the water's surface. And, since this shoot had two photographers, you just knew the camera was going to go for a swim. 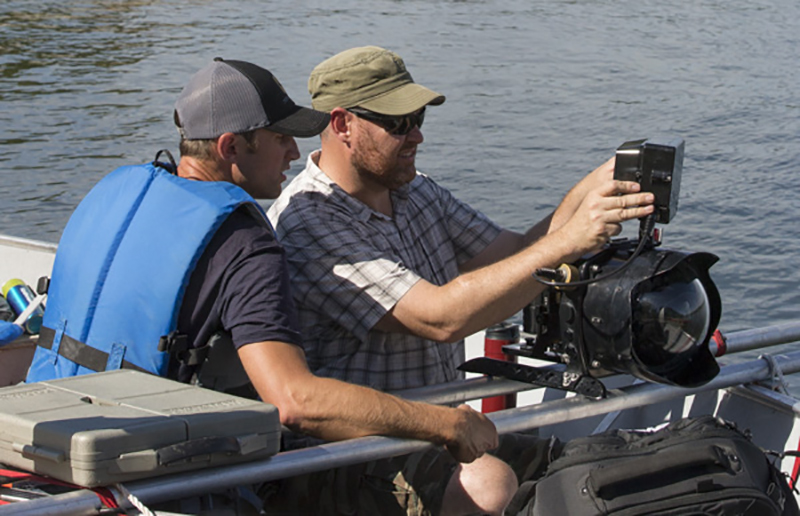 Co-directors/co-photographers Greg Huszar and Derek Frankowski (above in blue flotation jackets) do a little fishing for footage, as they dip the crane-mounted camera into the water to capture unique imagery for the Tourism Saskatchewan commercial campaign. 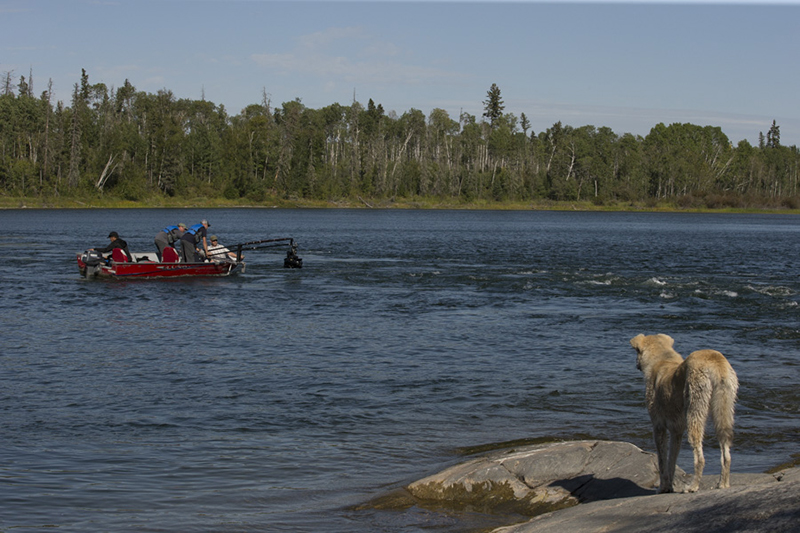 The canine observer on the shore must be thinking "Guys, I don't know what kind of fish you expect to catch with that crazy lure, but I'll take the scraps when you're done filleting." 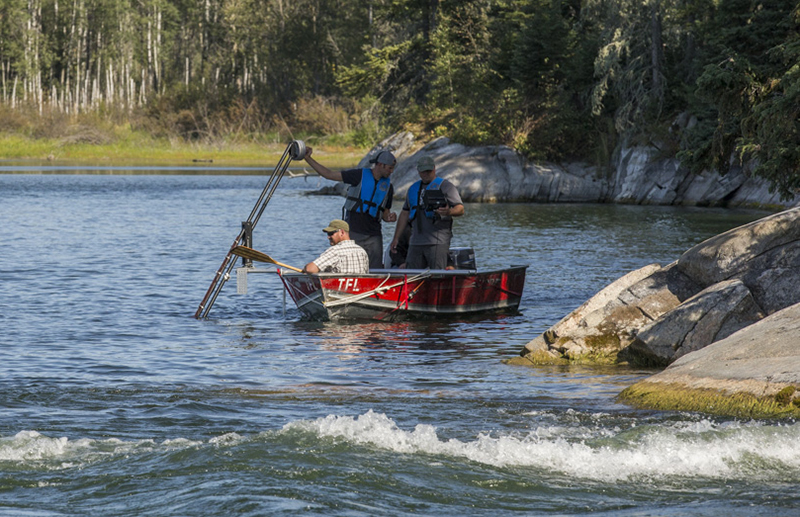 Some fishermen use electronic fish finders to discover what's beneath the boat. Film and TV production people like to watch in ultra-high-resolution video.

You see the strangest things underwater. One of the crew members has captured an underwater selfie of his legs. A "sub-leggie," as it were. 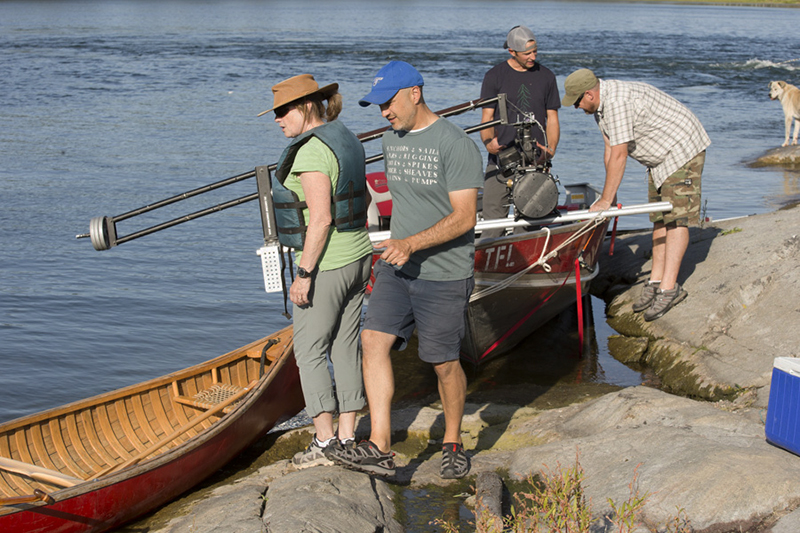 Back on the surface, we enlist our "stunt paddlers" - Joy Turner from Tourism Saskatchewan (in green) and Dustin Panko from Phoenix Group (in blue ball cap) - to help us capture some underwater shots of canoe paddling, 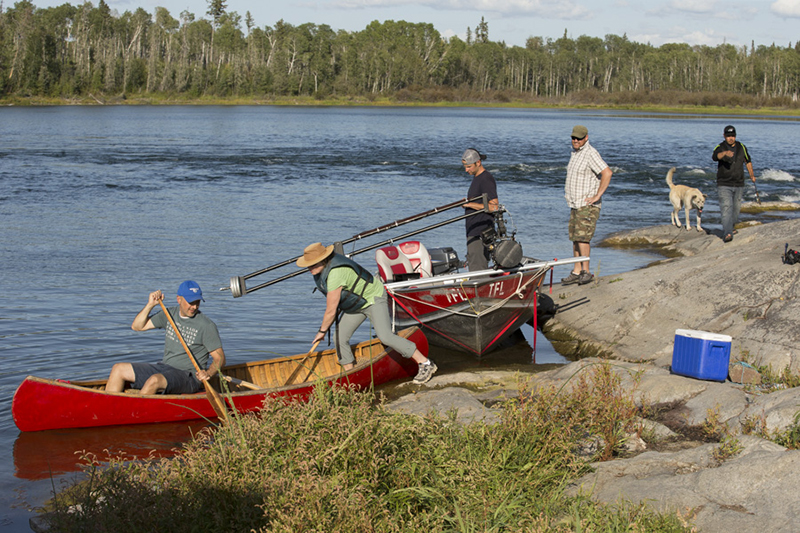 Dustin and Joy will have to paddle around in the warm Saskatchewan sunshine, while the camera crew follows them around, getting underwater footage of their paddling technique. As jobs go, this is not a bad one. 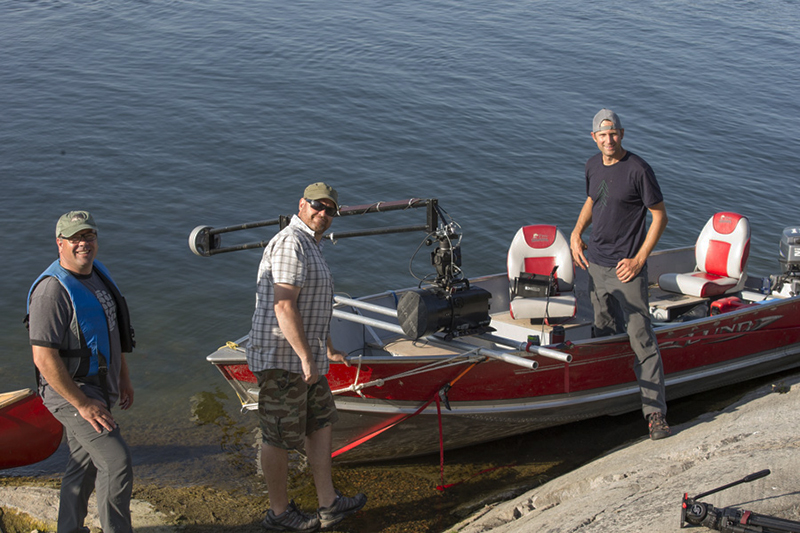 Meanwhile, our canine observer has found someone whose fishing skills are much more practical. And tasty.