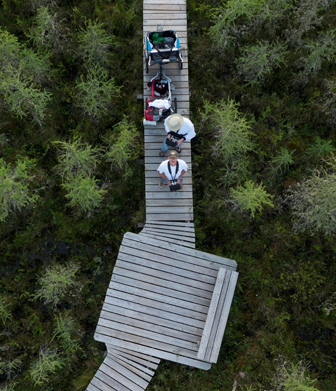 As we did last summer, Java Post is currently working with Phoenix Group on the latest advertising campaign for Tourism Saskatchewan.

Part of the new commercials are being shot from the air by the Java Post Aerial Photography team.

While shooting in the Boundary Bog Trail area near Waskesiu, Saskatchewan, our flight crew caught themselves on camera in what UAV (unmanned aerial vehicle or "drone") operators refer to as "dronies." They're like selfies, but shot with a drone camera. 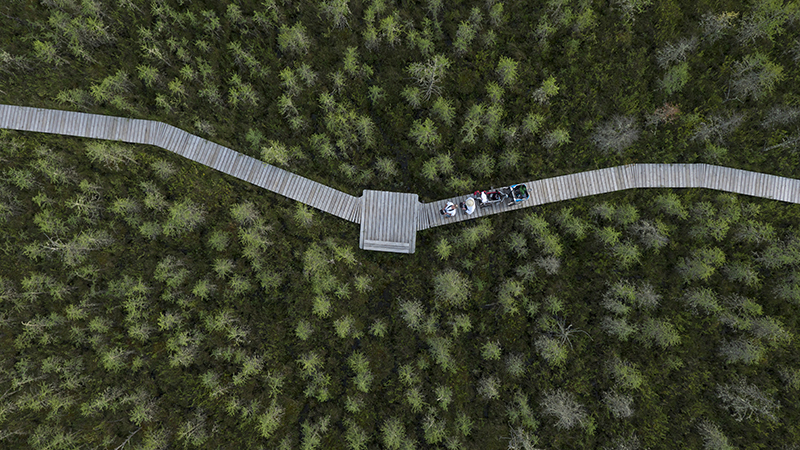 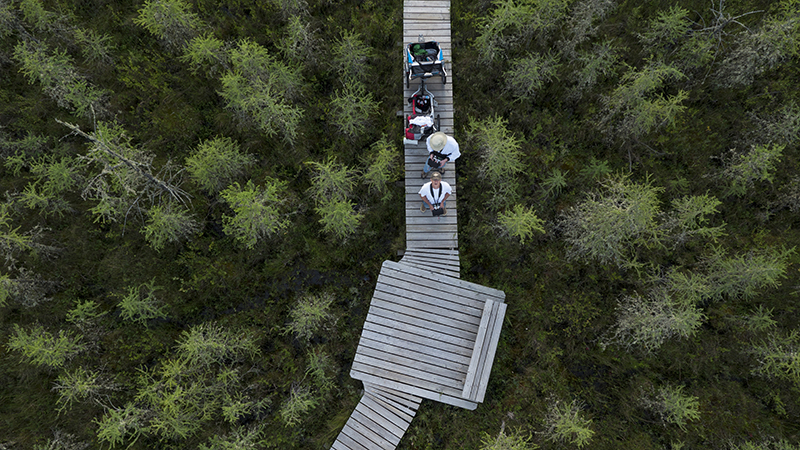 From this angle, it almost looks like the wooden pathway is mounted on the very tops of the black spruce trees. 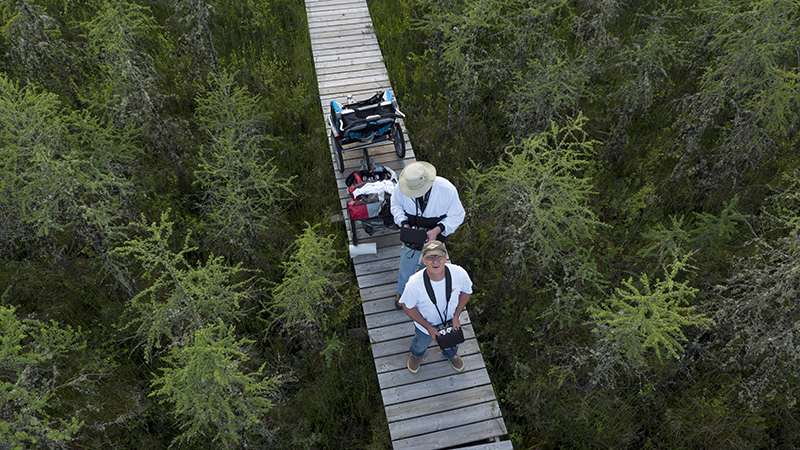 In the foreground is one of Java Post's certified UAV pilots, Jack, bringing the UAV in for a landing on the wooden pathway. Behind Jack is Trevor (also a certified UAV pilot) who is operating the UAV's camera. Behind Trevor you can see the two jogging strollers that were re-purposed to carry the UAV and it's controllers, batteries, and accessories. 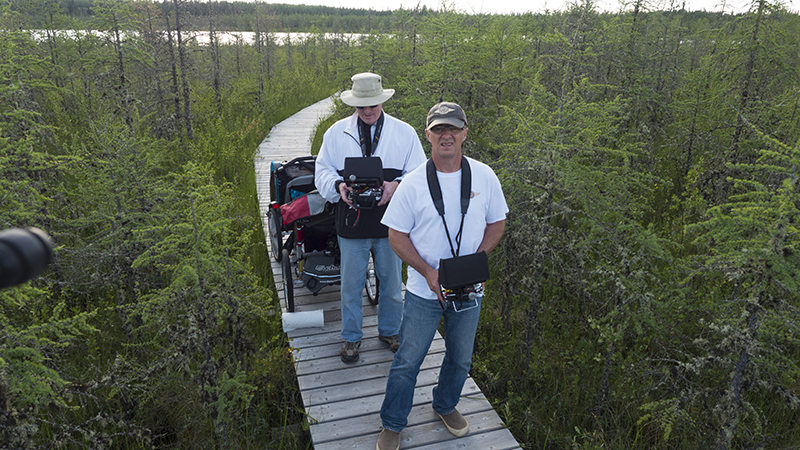 With the UAV's landing gear now extended  (one leg is visible to the centre-left of the photo above), Jack slowly brings the unit down onto the wooden pathway. It's a rather narrow landing strip, so to speak, but Jack has several hundred of flight hours logged with our UAVs, so, while challenging, it's all in a day's work.