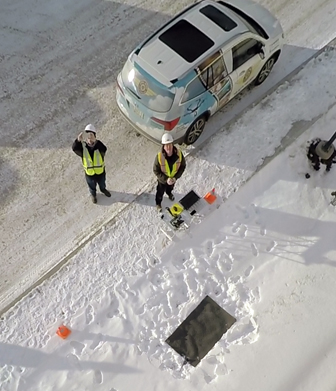 To see an example of how footage from this six-camera cluster looks when it's seamed together by Talking Dog Studios, CLICK HERE. Scroll your mouse around the image to enjoy a 360-degree virtual reality view.

Of course, when you're flying a rig that has six cameras pointing every direction, you're bound to shoot a few "dronies" (like a "selfie," only taken with a drone). Here are a few of the dronies we captured during a shoot in January 2017. 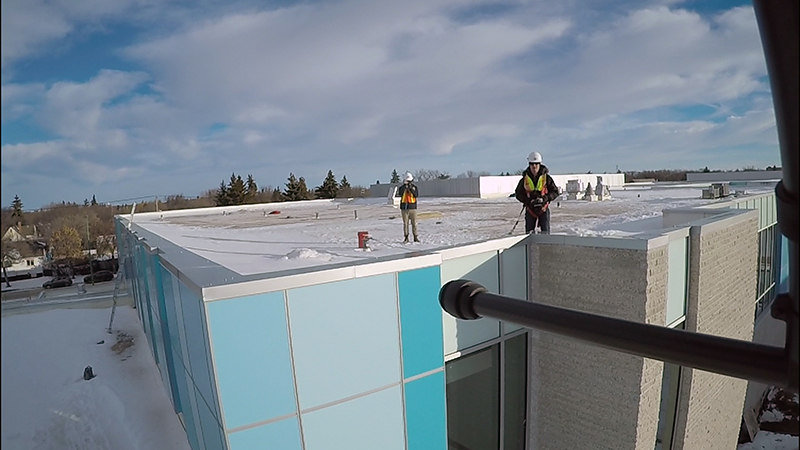 In order for our pilot, Jack, to keep the drone within his line-of-sight during the flight, the best place for our pilot is on the roof of the school. Our Java Post Aerial Photography crew took fall protection training to allow our pilot to safely work on the roof. In the photo above, the drone is still ascending to it's planned flight altitude and you can see the landing gear in the shot. Once the drone gets to the planned altitude, the landing gear will raise up out of the way. 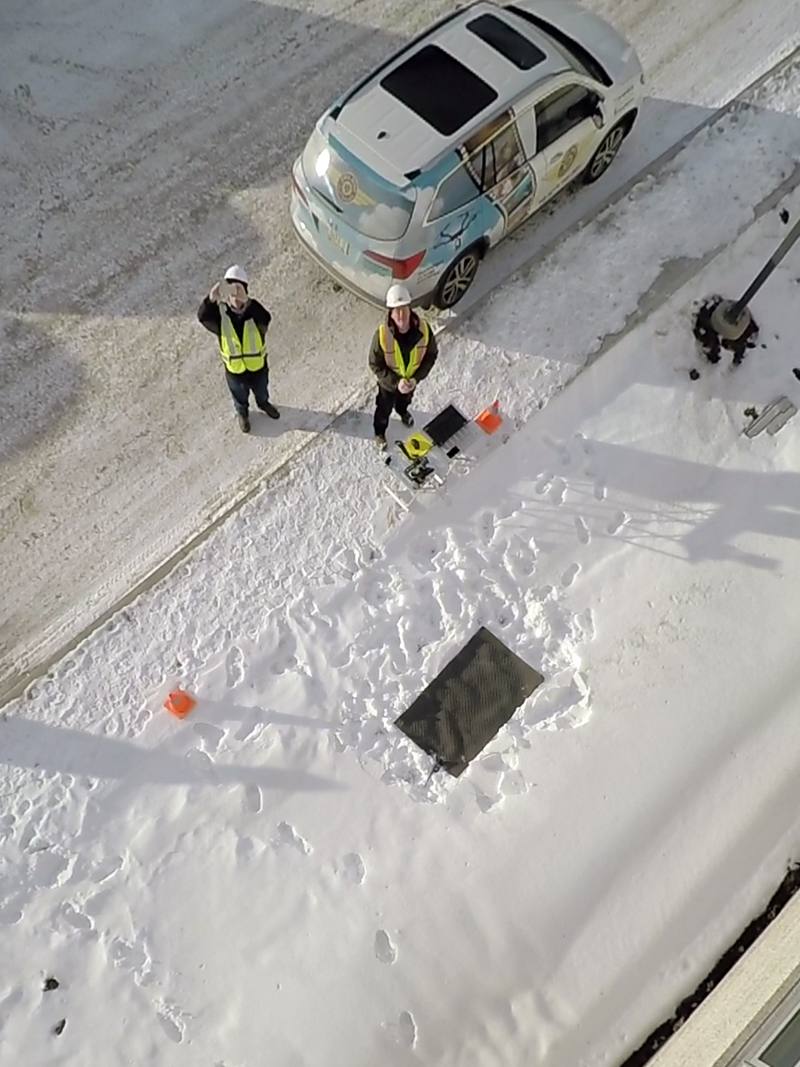 Down below is our ground crew, watching the drone rise into the sky. The black mat is the takeoff point and landing target. 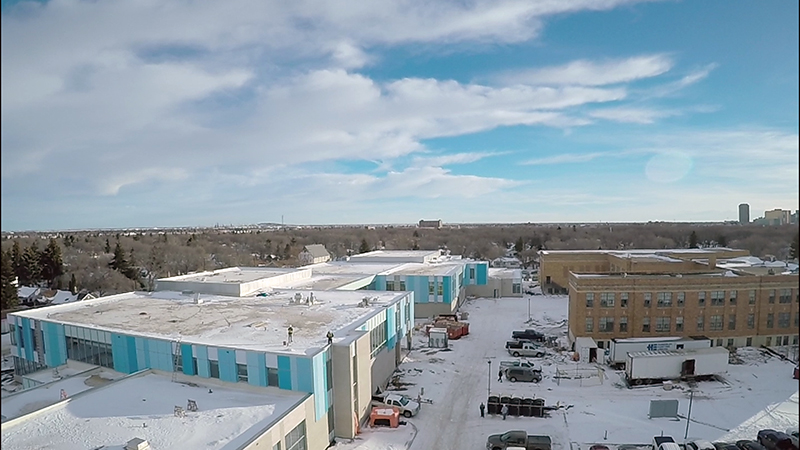 As our drone heads off on it's planned flight path, you can see our pilot standing (safely harnessed and secured) near the edge of the roof. 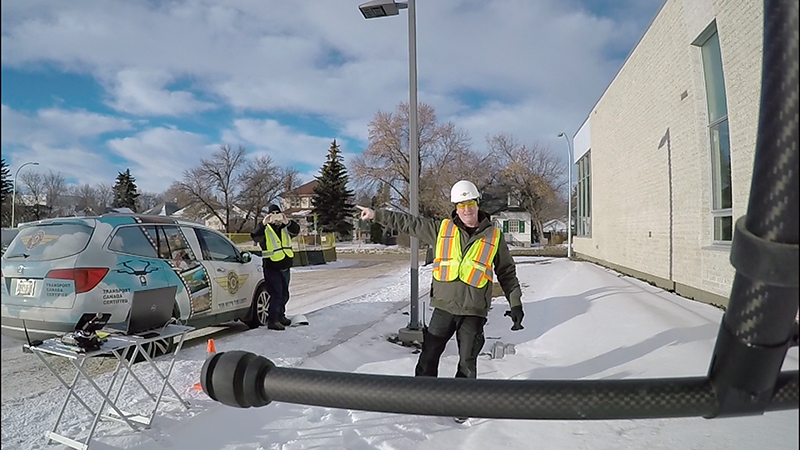 Flight over, it's time to bring our drone in for a landing. Java Post Aerial Photography secondary pilot/camera operator/UAV tech Trevor uses hand signals to help our primary pilot Jack bring the drone down right in the centre of the landing mat. 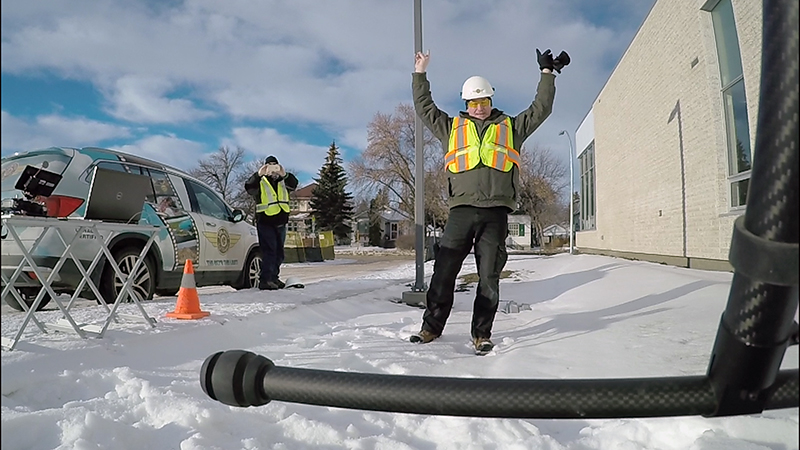 Arms straight up means the drone is coming in straight for a gentle touchdown.