Cook and Love with Luca in Florence, Italy, with Java Post Production.

In April 2019, Java Post Production boss "Java Jack" Tunnicliffe and his partner Kim Hall enjoyed a getaway to Italy. While in Florence, they took a cooking class led by the charismatic chef Luca Morgillo. Here's a short video showing some of the fun Jack and Kim had cooking with Luca. 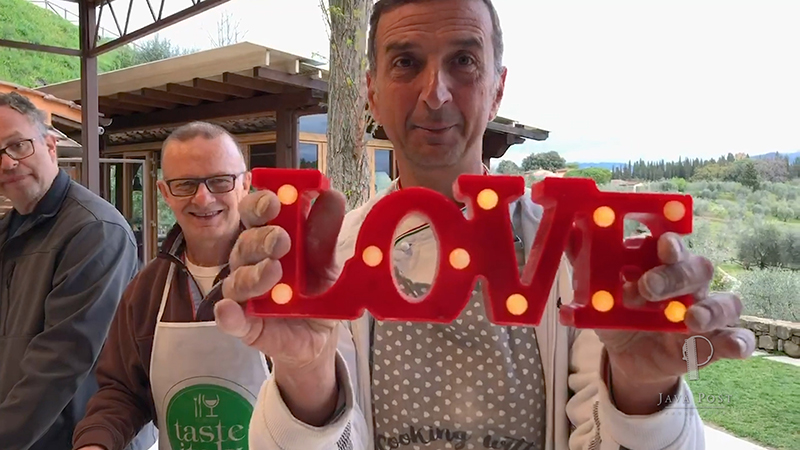 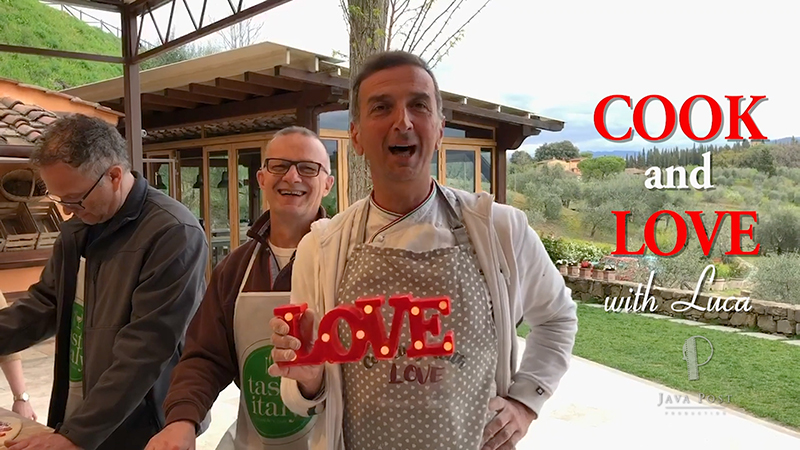 After watching Luca in action on camera, we all are wondering: "Why doesn't this guy have his own Food Network show?" 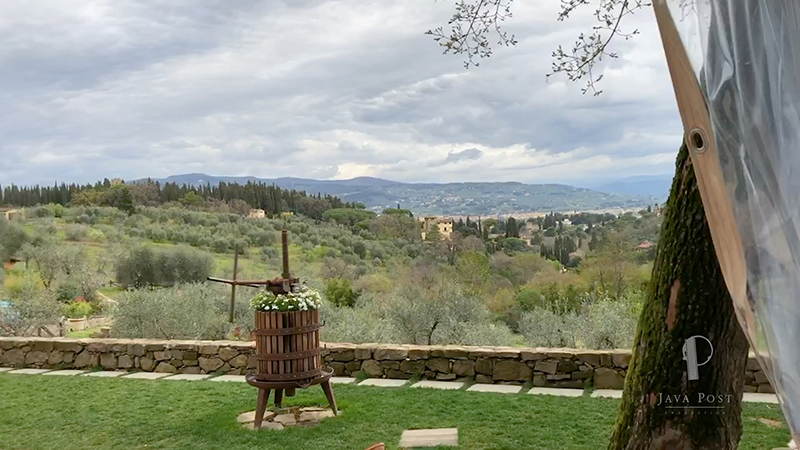 From the site of the cooking class just outside Florence, Italy, the view is lovely. 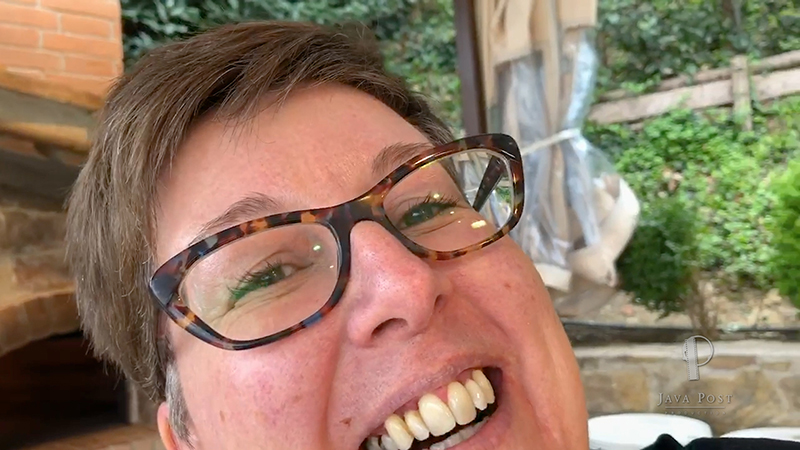 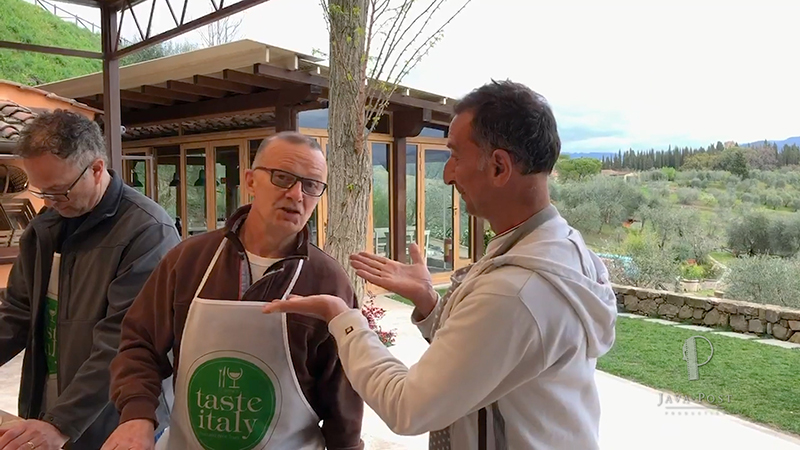 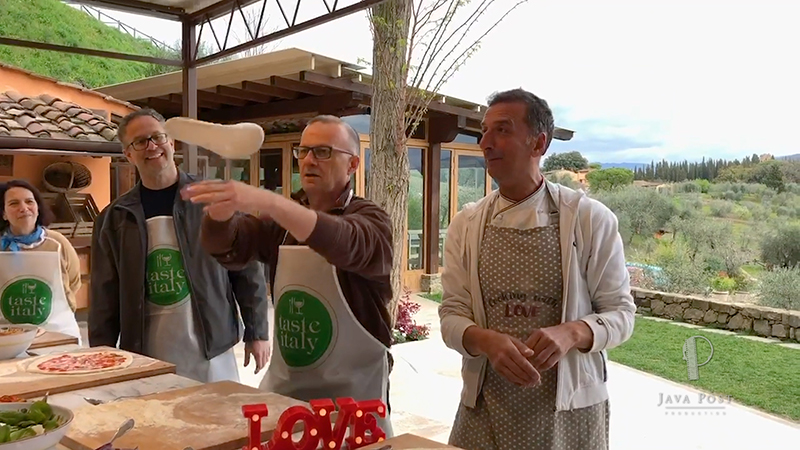 Jack's authentic Italian pizza dough takes to the air under the watchful eye of chef Luca. How many pizza crusts has Luca witnessed hitting the ground due to ham-handed tourists, we wonder? 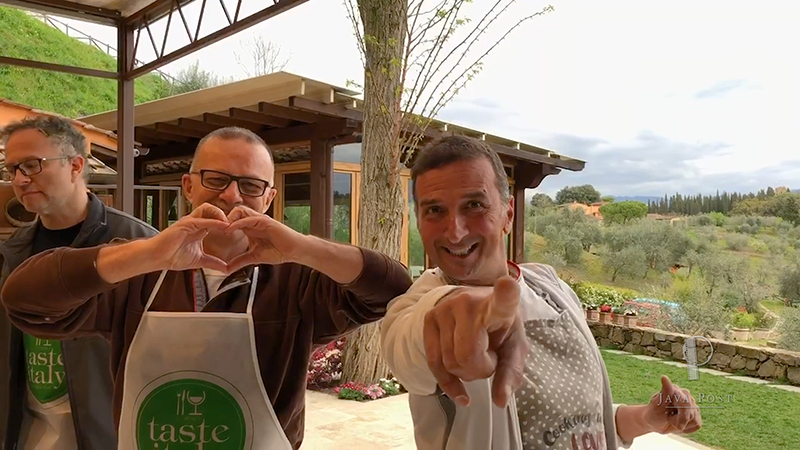 Jack and Luca send their hearts out from Florence to you. 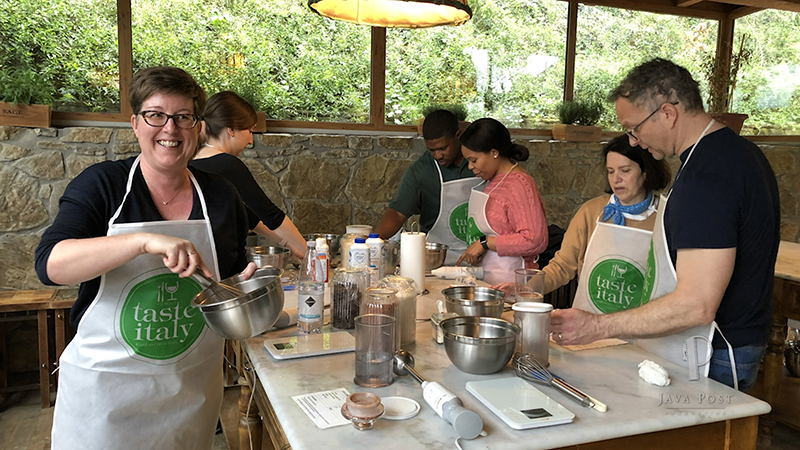 In addition to making pizza, Jack and Kim (left) learned how to make gelato. Jack assures us that their gelato was the best in the class. 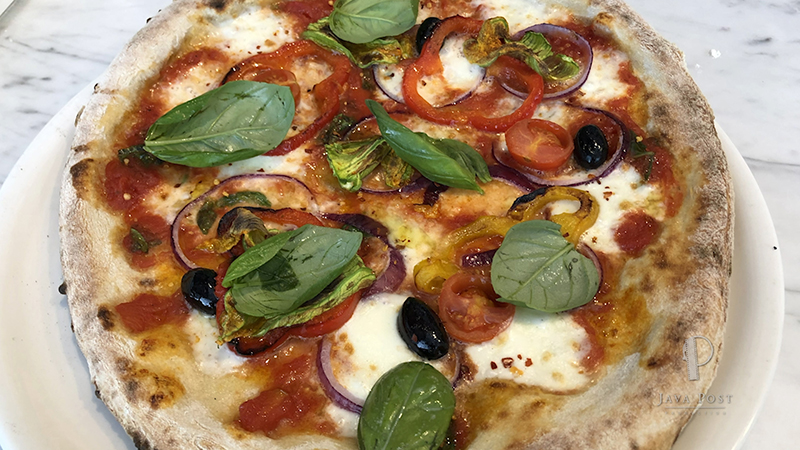 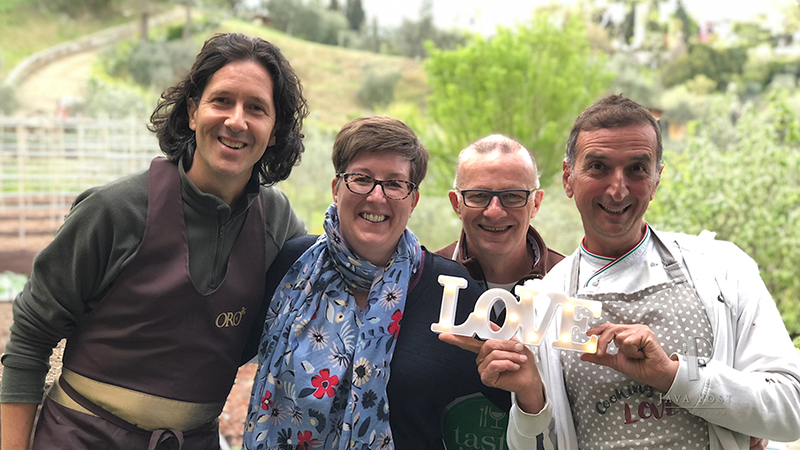