On Canada Day, July 1st, the Java Post Aerial Photography flight crew was down at Wascana Centre in Regina, Saskatchewan, using one of our UAVs (unmanned aerial vehicles, AKA "drones") to record the fireworks being launched over Wascana Lake. Several local media outlets were interested in broadcasting our footage, and we're not shy about good publicity. 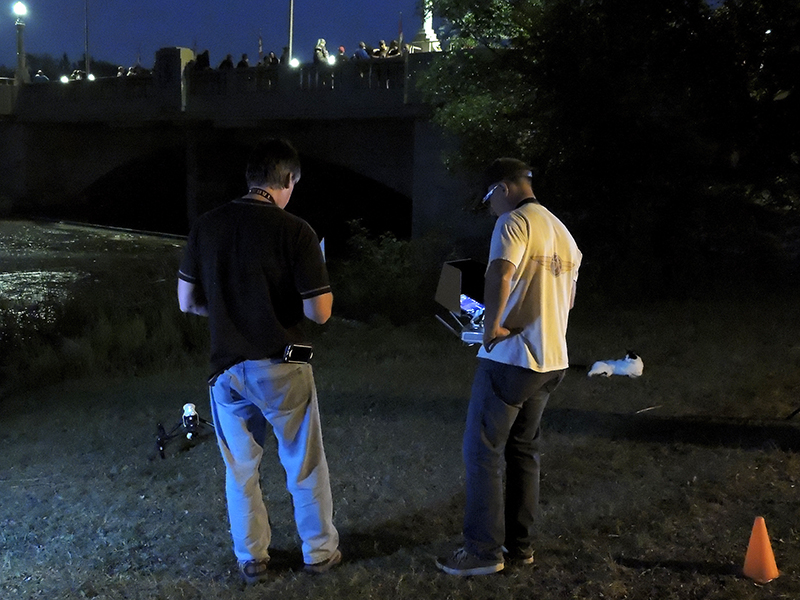 Here is the Java Post Aerial Photography flight crew, Trevor Bennett and Jack Tunnicliffe. Both Jack and Trevor are experienced and certified UAV pilots. For this project, Jack piloted one of our UAVs - in this case it was our DJI Inspire 1 - while Trevor acted as the camera operator, shooting 4K Ultra HD video.

Additionally, because of Java Post's flight experience and professional reputation, our open permit from Transport Canada also provides Java Post with special permission to fly within the otherwise-restricted 9-kilometre aerodrome operating radius. This is a service not offered by many other UAV drone photography companies, which makes Java Post ideally suited to photograph an event such as this, within city limits and within 9 kilometers of an airport. 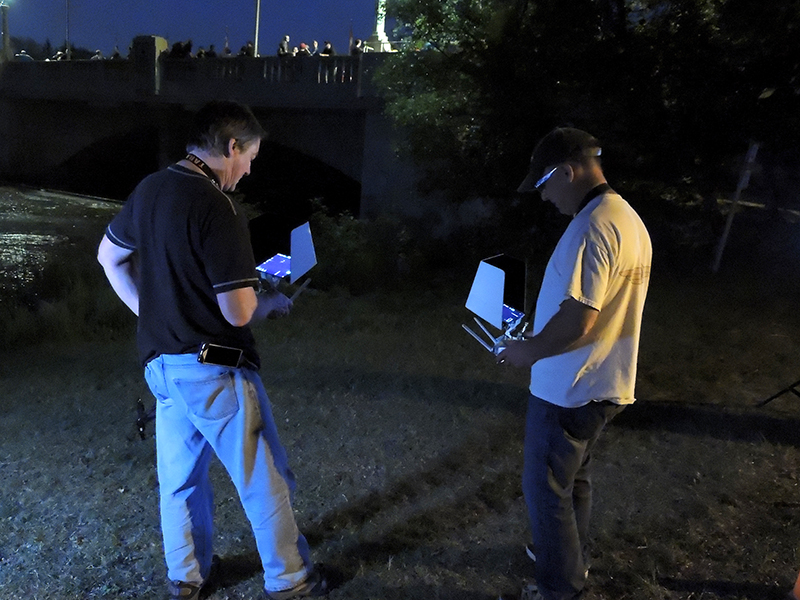 Our launch and landing location was just to the west of the Albert Memorial Bridge on Albert Street, part of which you can see in the upper left of the photo above. Because this was a night flight, we were required to have our launch/landing site lit up, as per Transport Canada regulations. Although our two high-power production lights are not in the shot, you can see how well-lit Jack and Trevor are, compared with the trees and bridge in the background. When our crew turned our lights on, they attracted quite a few stares from the spectators on the bridge, who were wondering just what was up. Don't mind us, folks. Just your friendly neighbourhood aerial photography crew, out for a night flight. 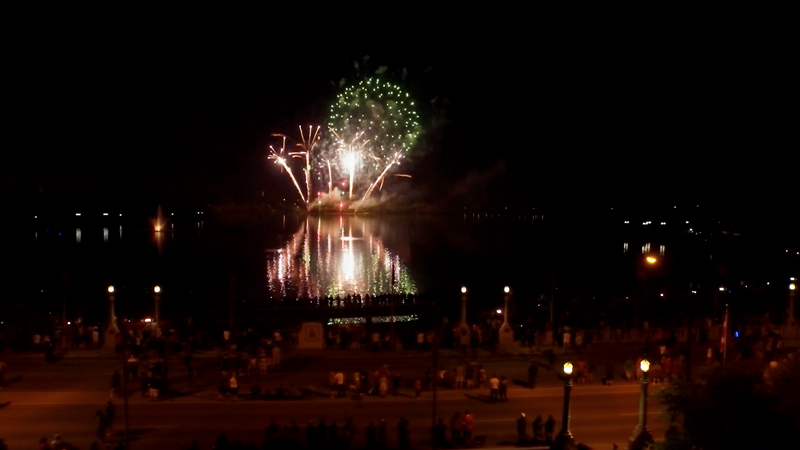 Flying one of our UAVs - in this case, our DJI Inspire 1 - just to the west side of the Albert Memorial Bridge, we were able to have the spectators, the bridge lights, and the reflections in the water in the foreground of our shot. From a photographic perspective, this gives the image far more three-dimensional depth and gives the footage a sense of "place."

Had we taken our UAV across the bridge and out over Wascana Lake towards the fireworks, the fireworks would have looked just as lovely, but then the image would just be coloured fireworks against a nondescript black sky, and there would be nothing in the image to give the viewer a sense of where the fireworks were taking place. 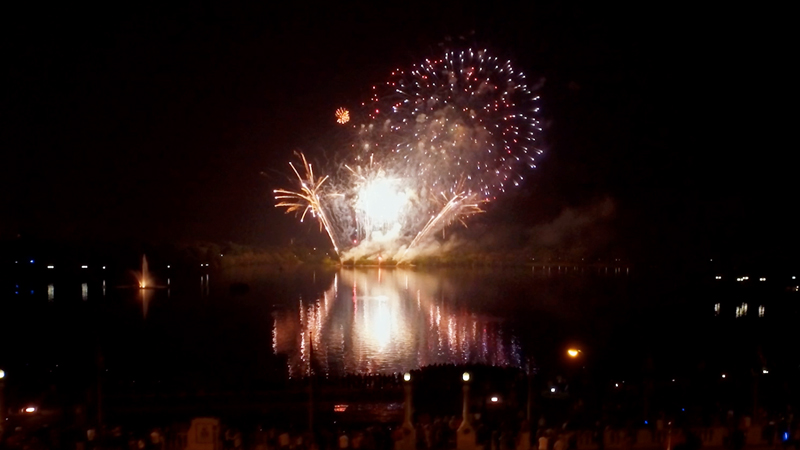 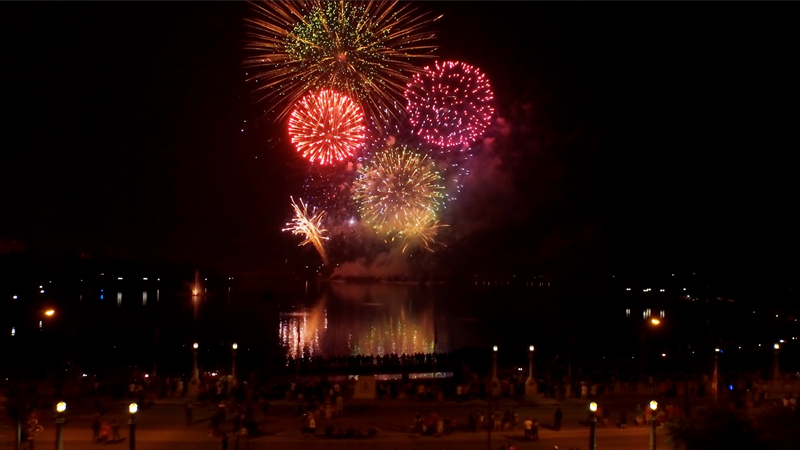 Oooooo!...Ahhhhhhh! (Isn't that what people always say when they watch fireworks?)