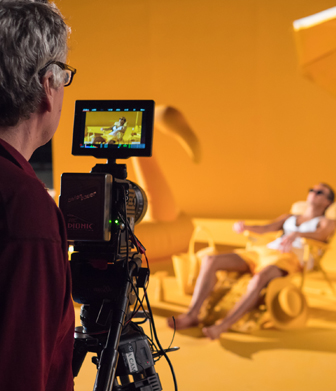 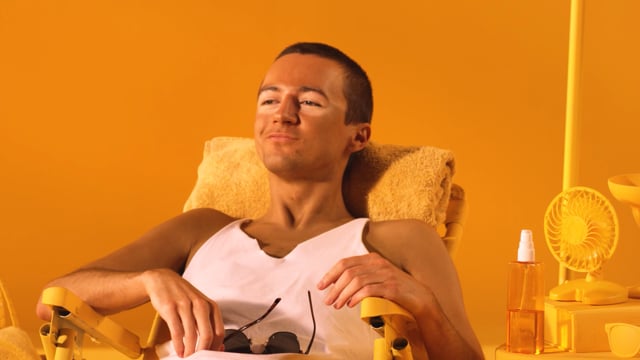 Part one of our behind-the-scenes look at this fun, colourful commercial for SaskTel, which was produced by Java Post Production, working with director Stephen Hall and the creative team from MGM Communications.

The colours of the sets, props, and costumes match SaskTel's corporate colours.

Click on the RELATED PROJECT to see the finished commercial.

Special thanks to Geoffrey Park for some additional behind-the-scenes photos. 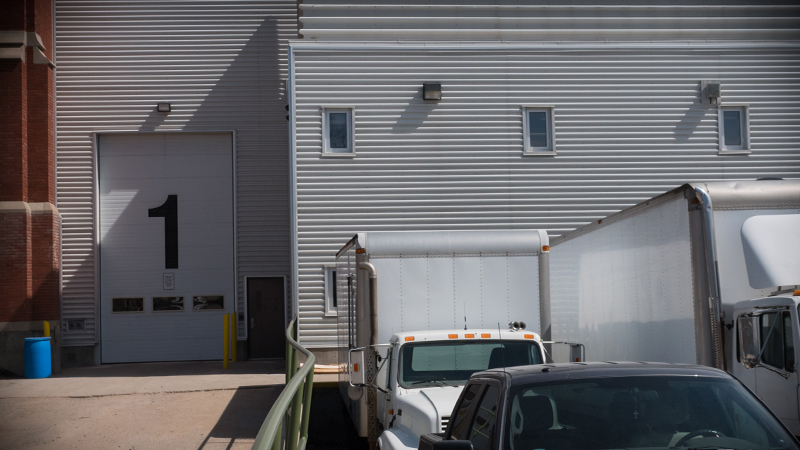 The equipment trucks begin unloading at the Creative Saskatchewan Soundstage in Regina. 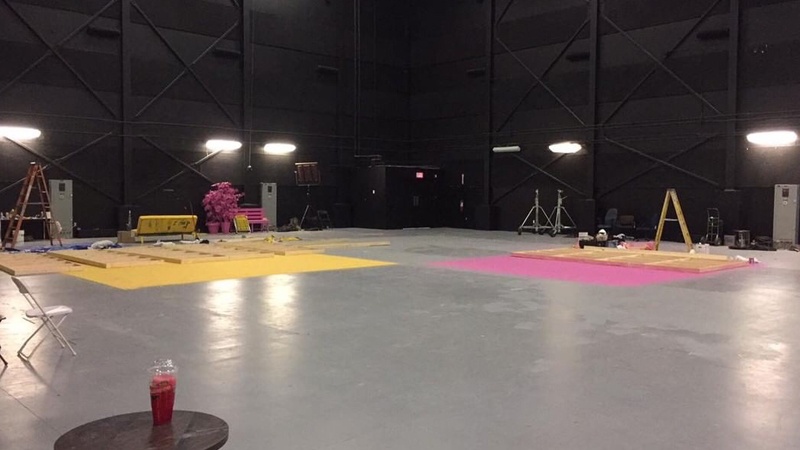 Our crew needs the space to create two colourful sets, one in yellow and one in pink. 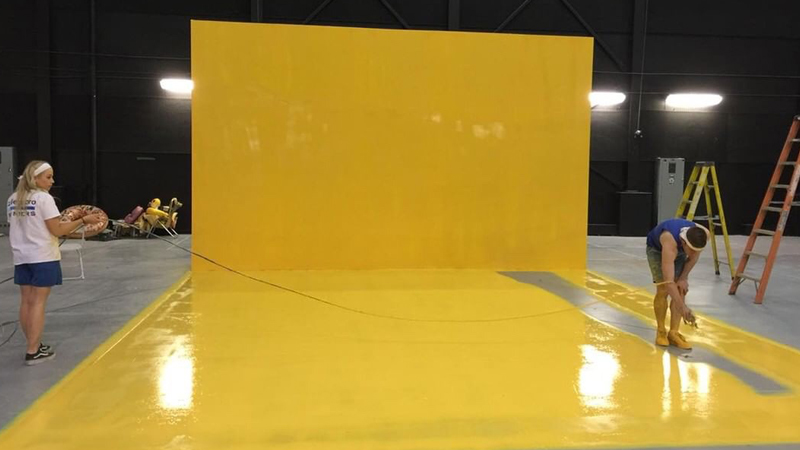 Rather than shoot against a green, chroma-key screen and add the yellow and pink background colours in later, this commercial will be shot against painted backdrops and painted floors. 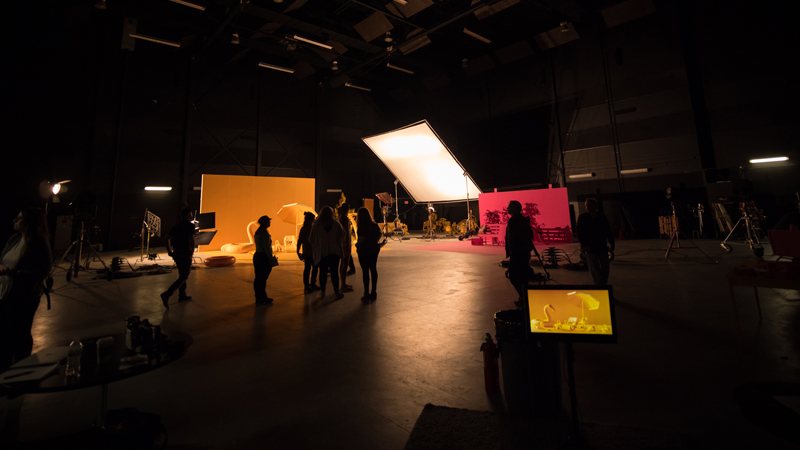 Once the two basic sets are completed and painted, the set decorators get to work, along with the DOP (Director of Photography) and the lighting crew. 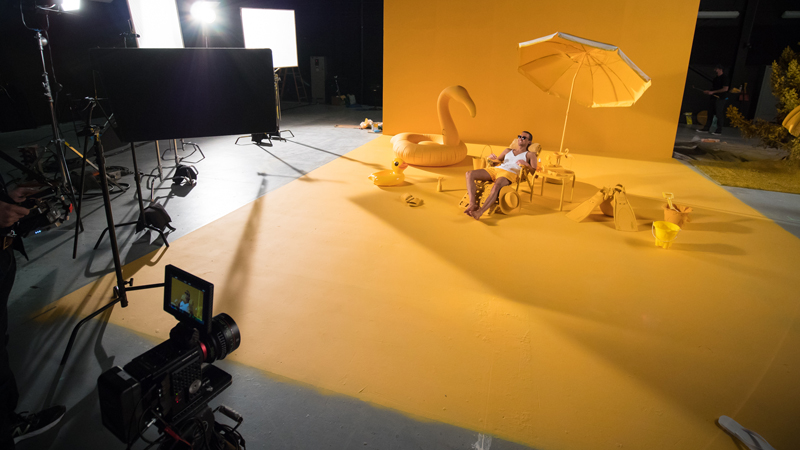 The first scene to be shot features a young man sunning himself in a stylized outdoor beach-style setting. 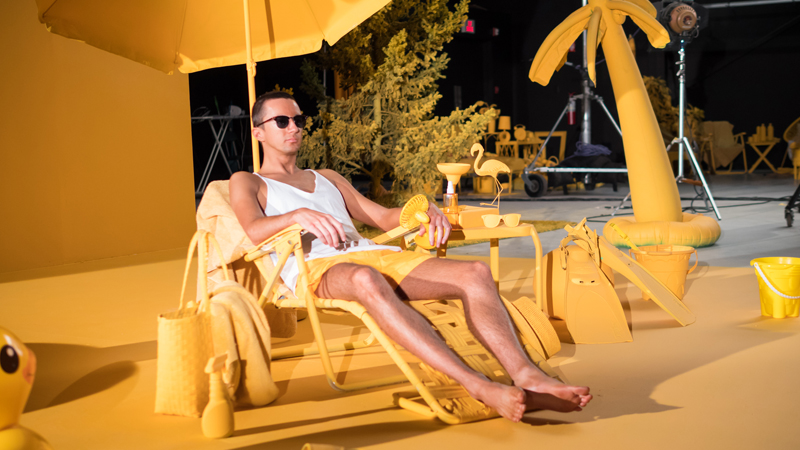 You'll note that all the furniture and props have been painted to match the colour of the background and floor. This project kept a lot of people busy, using up a lot of paint. 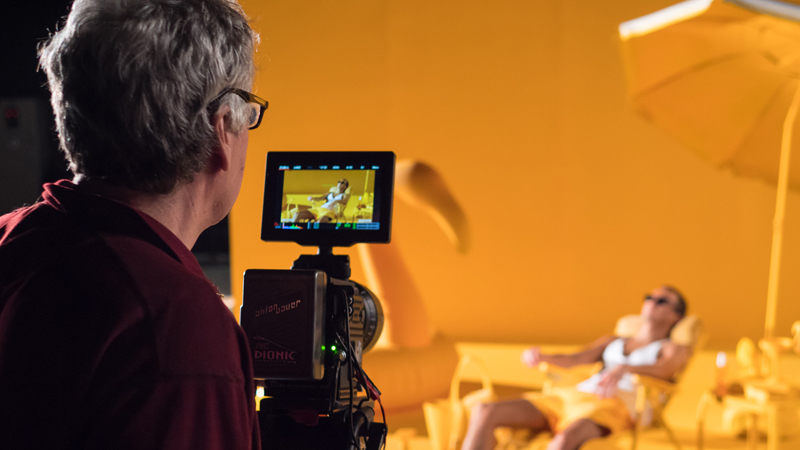 DOP Mark Dobrescu focuses in on our actor. 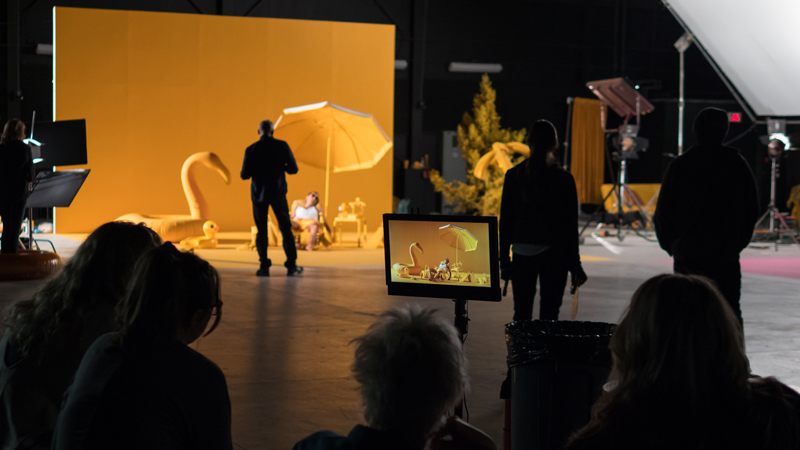 Behind the camera, members of the MGM Communications creative team view the action on their own monitor. 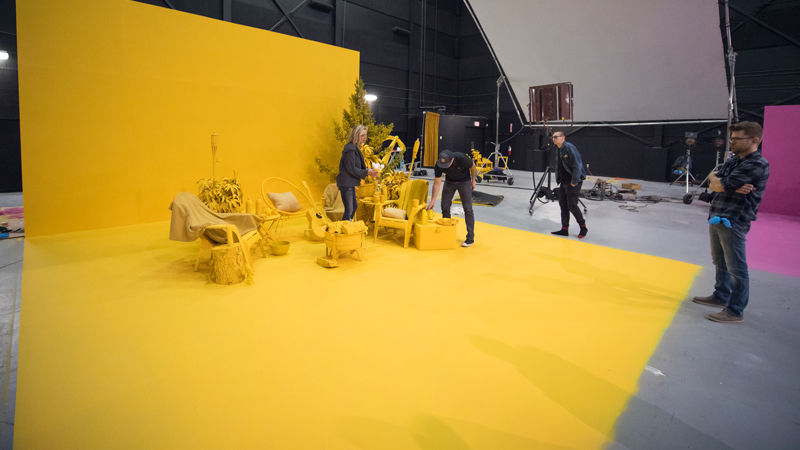 Once our "beach" scene has finished, the set decorating team moves in different furniture and props for our next scene. Which we will pick up in part two of our behind-the-scenes look at this SaskTel commercial.