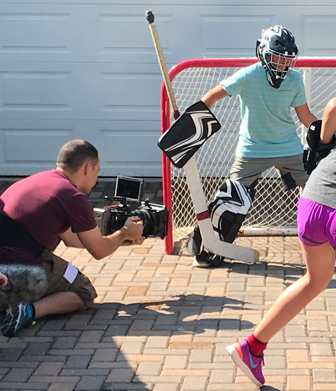 Behind the scenes with Java Post on the "We Built It" campaign for SaskTel. 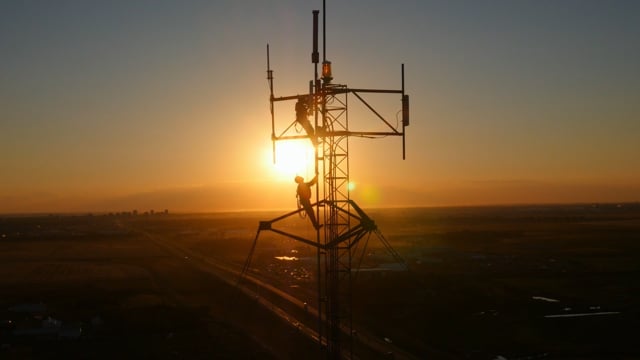 SaskTel We Built It

Not long ago, Java Post Production worked with Director Stephen Hall and MGM Communications to create this advertisement for SaskTel's award-winning wireless, television, and internet networks.

Below are some behind-the-scenes images taken during the shooting of this project. To see the finished commercial, click on the Related Project link above. 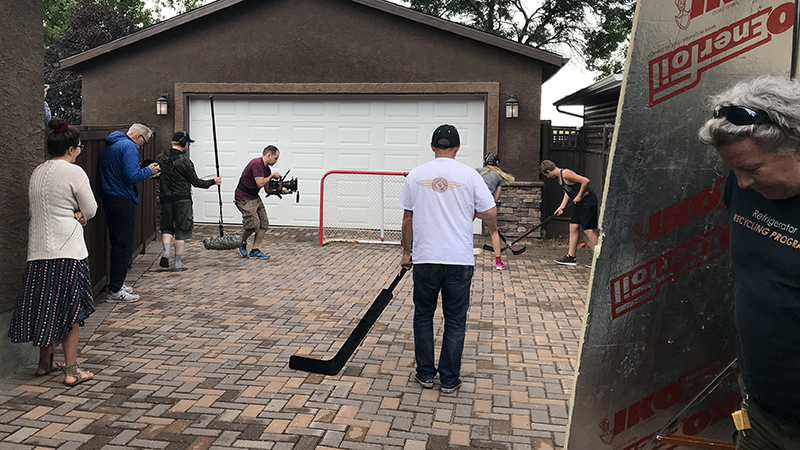 Set up in a home driveway location for a little shinny action. Director Stephen Hall (in blue jacket) watches his monitor as producer/camera operator Randy Shumay focuses on the action. Java Post boss, Jack Tunnicliffe (in white Java Post Aerial Photography t-shirt) stands out of frame with a goalie stick to keep any wayward hockey ball from heading to the street. 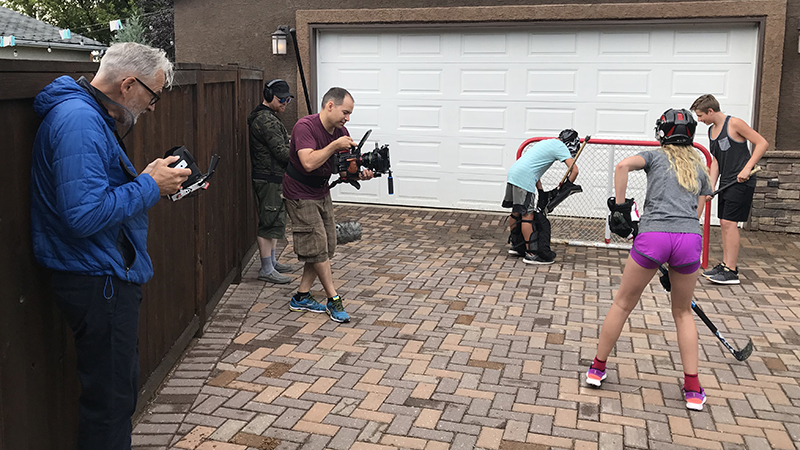 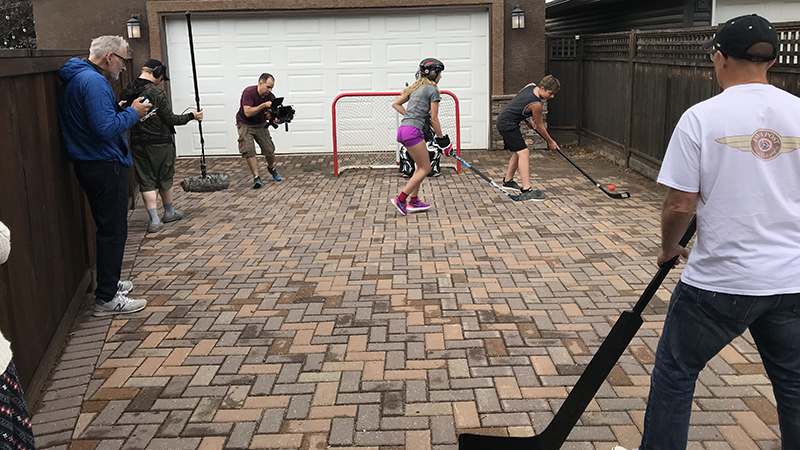 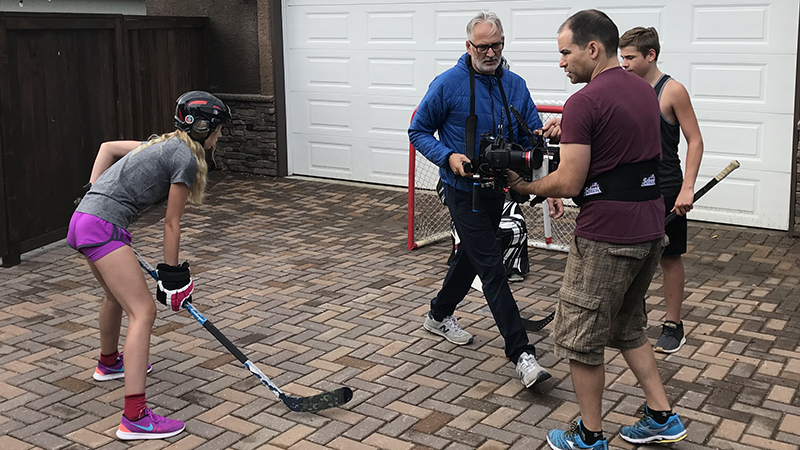 Stephen and Randy coordinate some hockey action with our young actors. 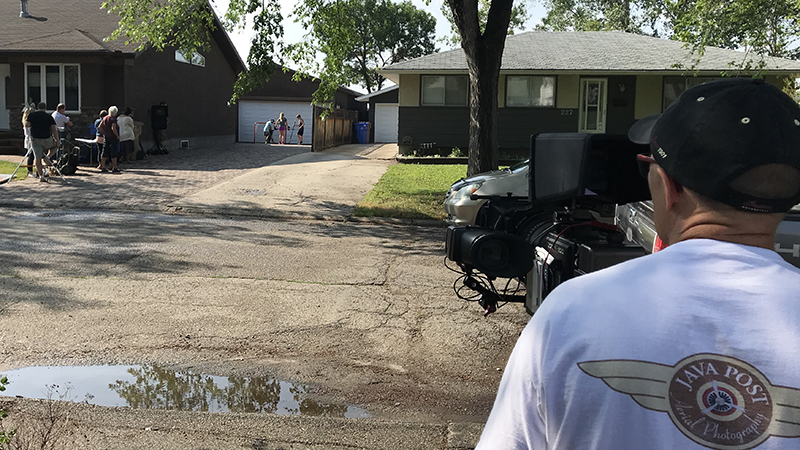 For a different angle on the hockey scene, Jack sets up across the street to capture a compressed telephoto shot. 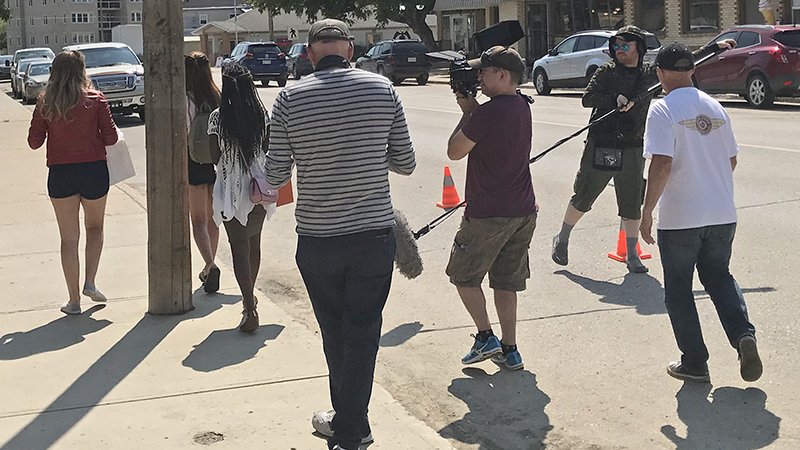 We then relocated to Moose Jaw for a shot involving three young women walking down the street, using their cell phones. Here we see our crew, including our boom microphone operator, following behind the three actresses. 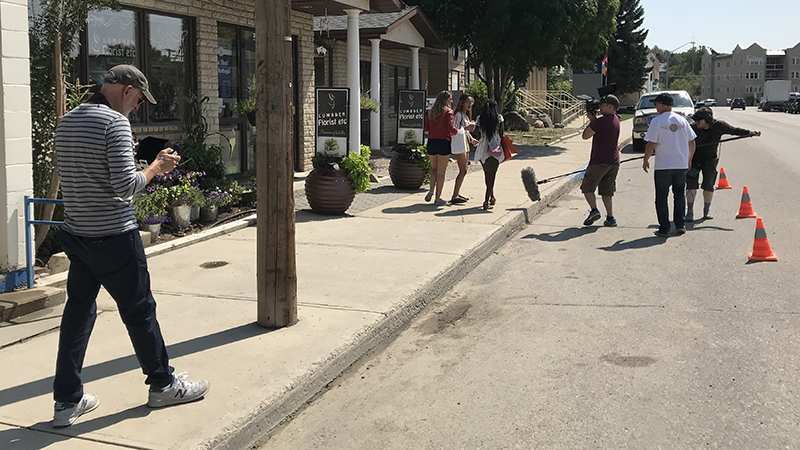 As Stephen watches on his monitor, the Java Post crew records our young women. For safety, the curb lane of the street is blocked off to traffic. 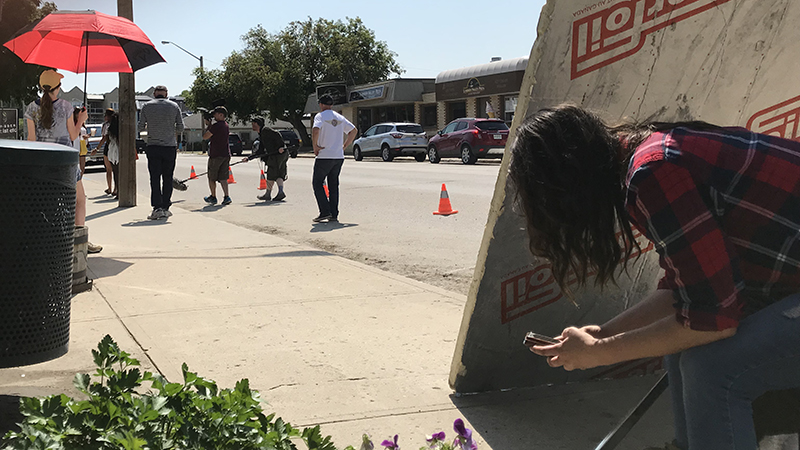 As the crew continues to record this scene, producer Crystal Van Pelt (right) sits behind a large reflector board and texts ahead to our next location, double checking that everything is ready for when the crew arrives. 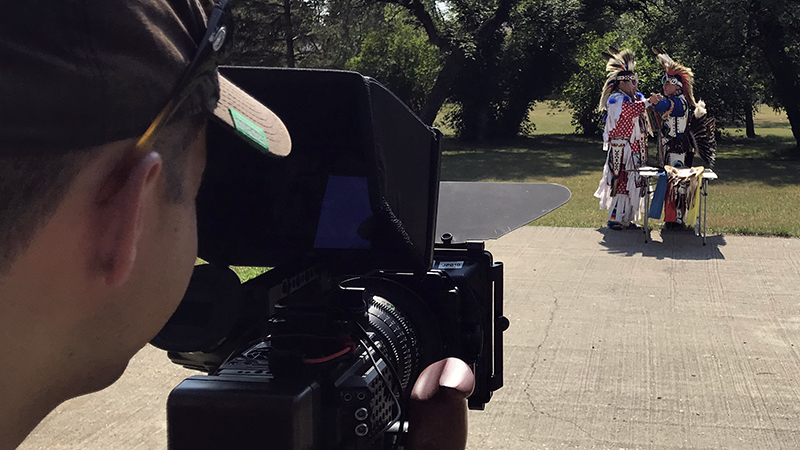 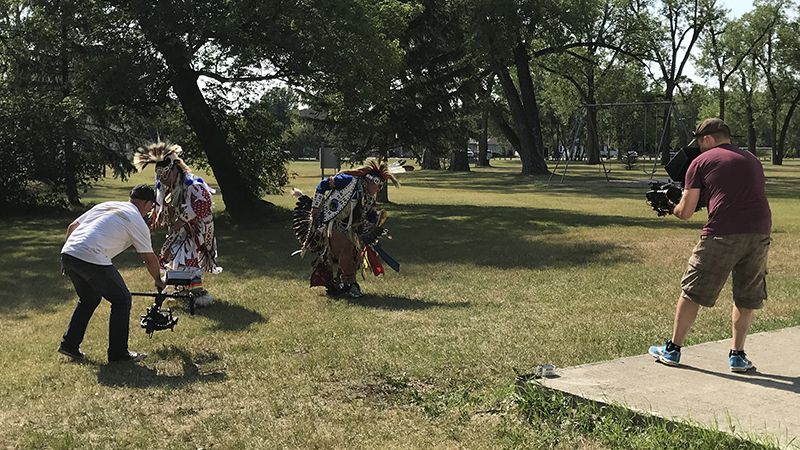 While Randy (right) captures the ceremonial dancing from one angle, Jack (left) operates a second camera to record a lower, more stylistic point of view.