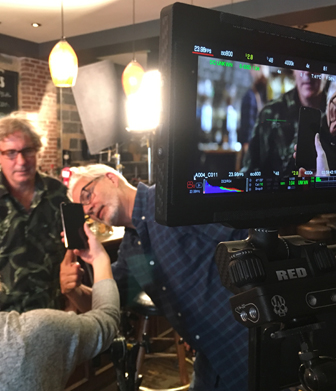 Behind the Scenes with Java Post on the SaskTel "smartHOME" commercial. 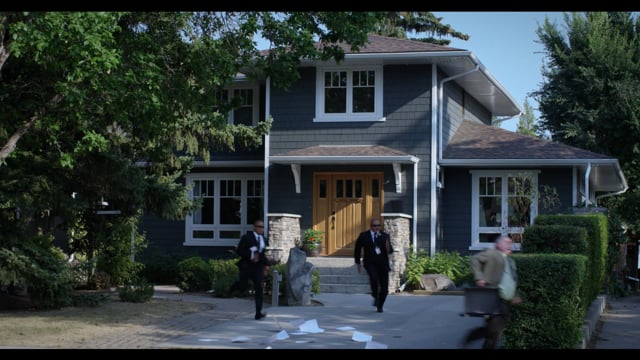 The concept involved a female homeowner walking through her house, trailed closely by her entourage of eager assistants (electrician, security guards, etc.). Each assistant represents the personification of one aspect of the SaskTel smartHOME telephone app, and they each respond rapidly to her commands.

Here are a few behind-the-scenes images, along with images of the how the finished scene appeared in the commercial. 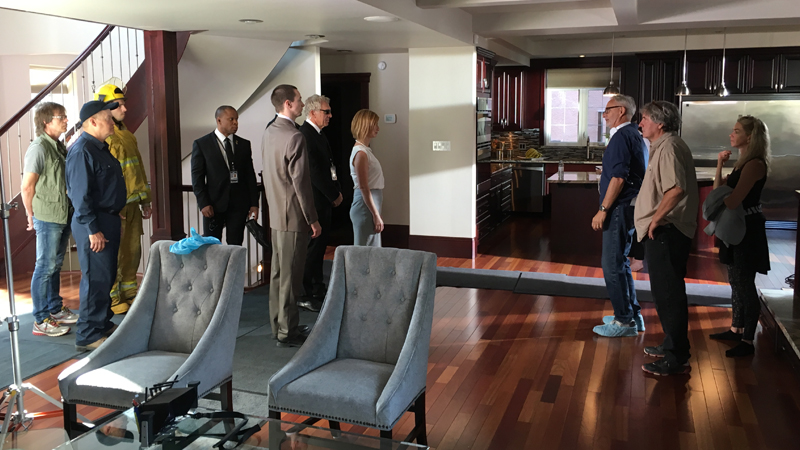 Director Stephen Hall (right, in blue shirt) and Director of Photography Mark Dobrescu (right, in tan shirt) block out an opening scene with the actors, where they will all walk briskly towards the hand-held camera. 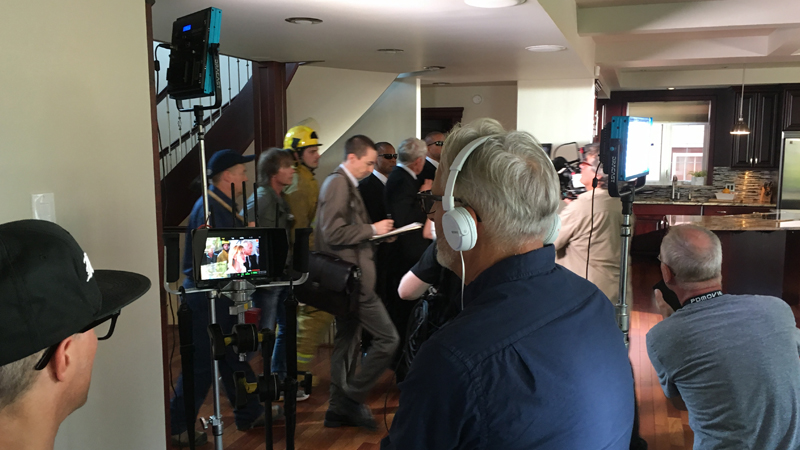 With his headphones on to monitor the actors' dialogue, Stephen watches the scene unfold in the monitor. In the background, Mark operates the camera as the group of actors walks toward him. 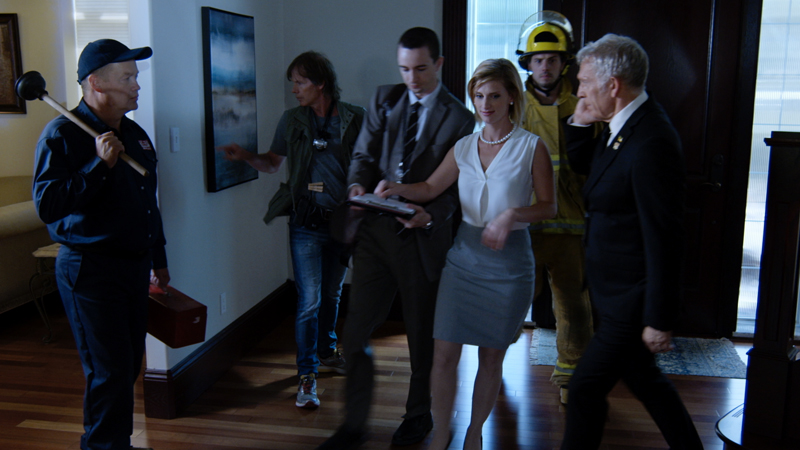 This is how the wide shot of that scene appears in the finished commercial. 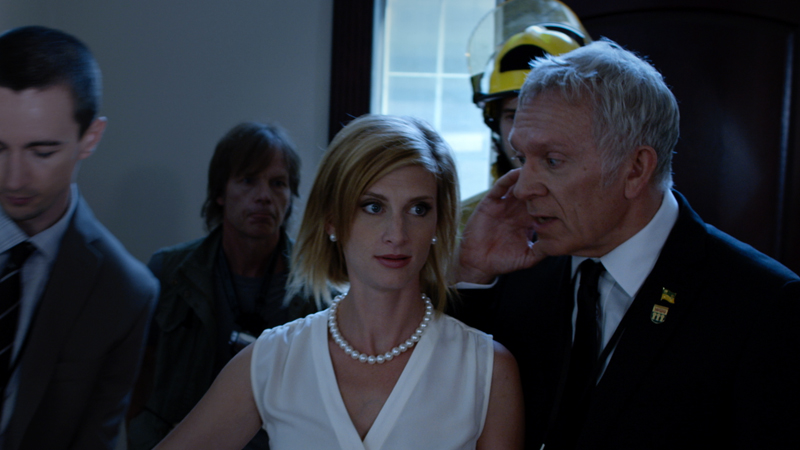 In a close-up shot, the homeowner's head of security informs her of a suspected salesman at her front door. 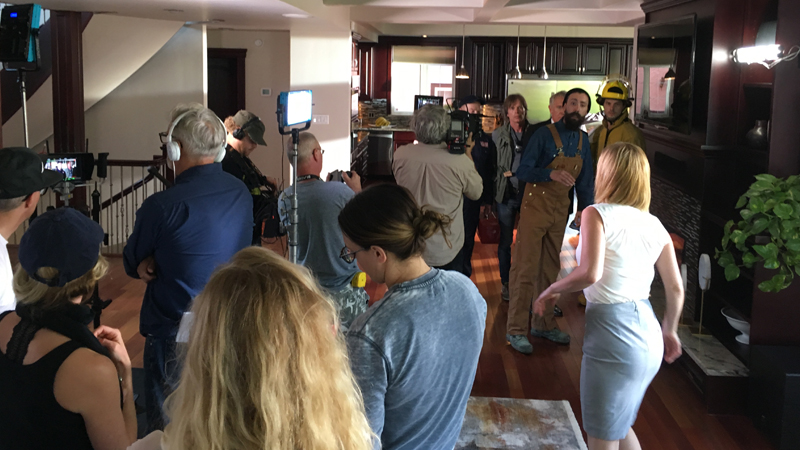 In a continuation of our previous scene, our homeowner walks into a different part of her house, where she has a brief conversation with her "electrician" assistant. You can see in the photo above that, with the large group of actors - not to mention the camera crew and other behind-the-camera personnel - our house location was a little bit crowded. 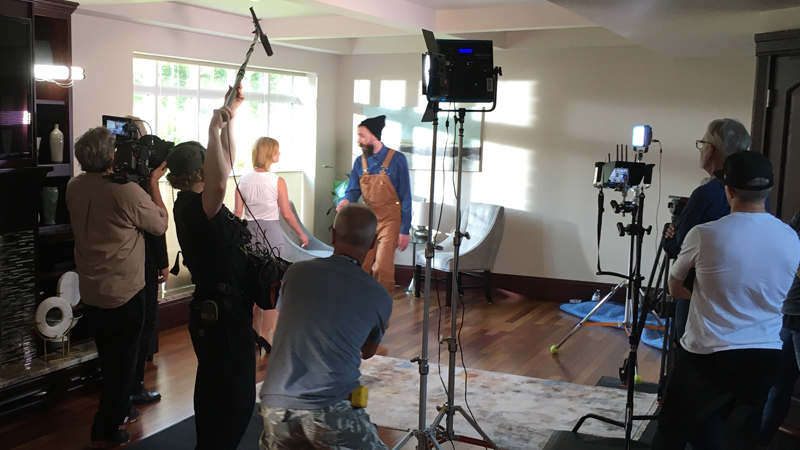 A different behind-the-scenes angle of the scene where our homeowner speaks to her overall-clad "electrician." Our DOP Mark is on the far left of the shot, with our boom microphone operator just next to him. 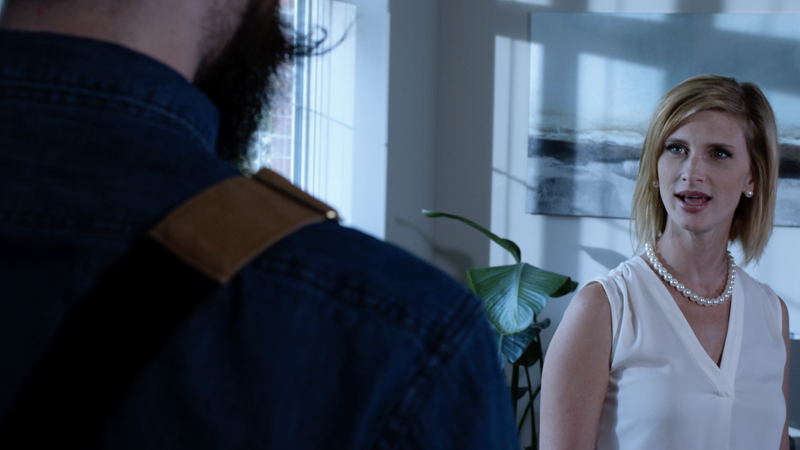 And here's an image of how that shot appears in the finished commercial. 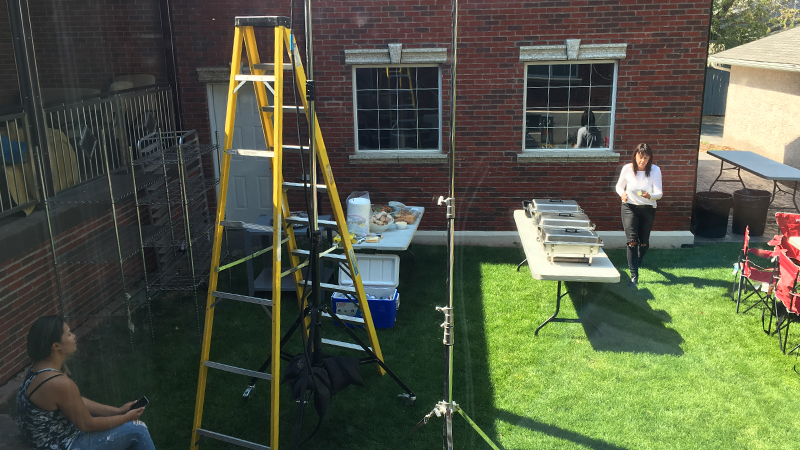 Outside our location, tables are set for the crew lunch break. 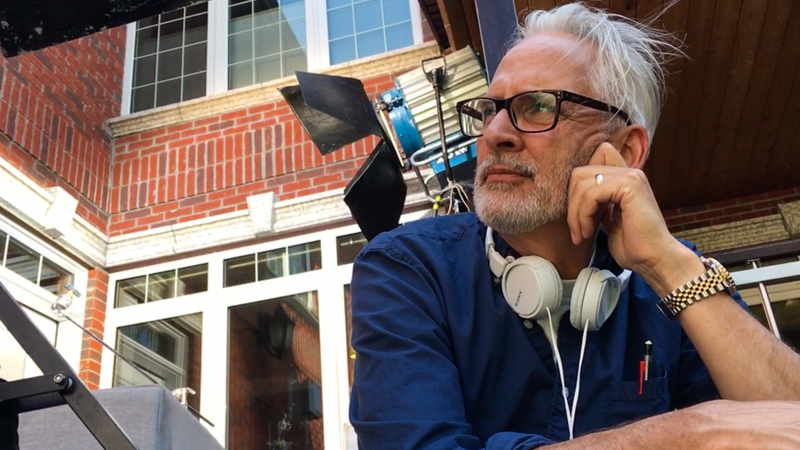 Our director, Stephen Hall, caught in a pensive moment during the lunch break. 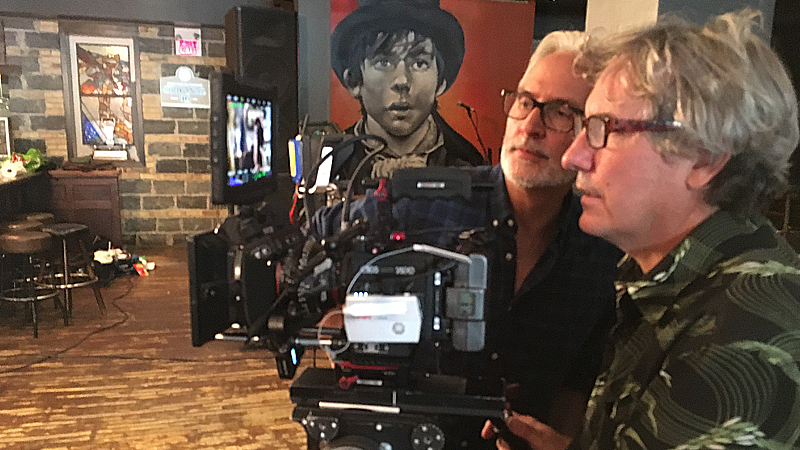 Now in the coffeehouse location that ends the commercial, Stephen and Mark frame up a shot. 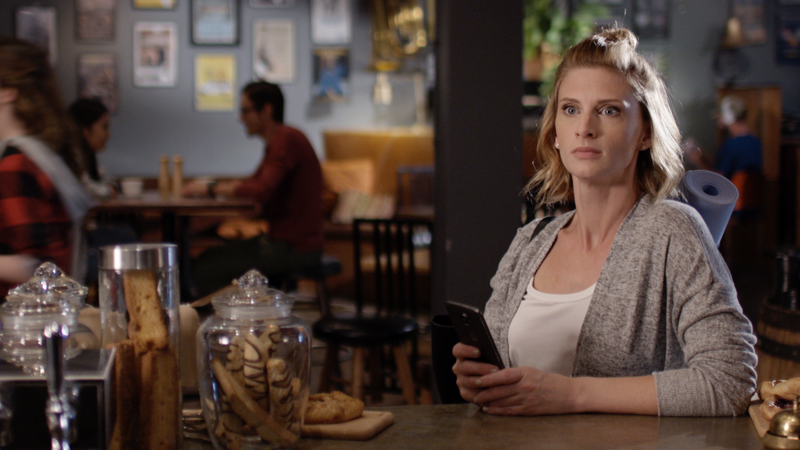 The end of the commercial reveals that our all-business homeowner is actually sitting in her favourite coffeehouse...and, instead of issuing commands to an entourage of assistants, she's actually been controlling all her home lighting and security through her SaskTel smartHOME app. 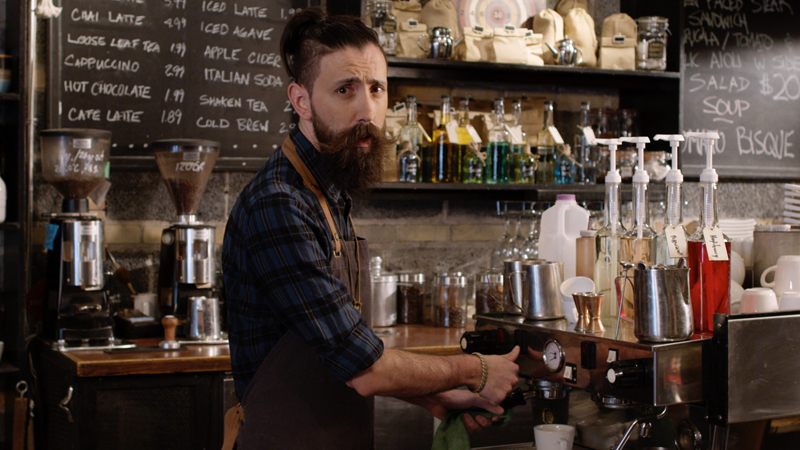 Her "electrician" is actually the barista, who has no idea what she's been talking about. 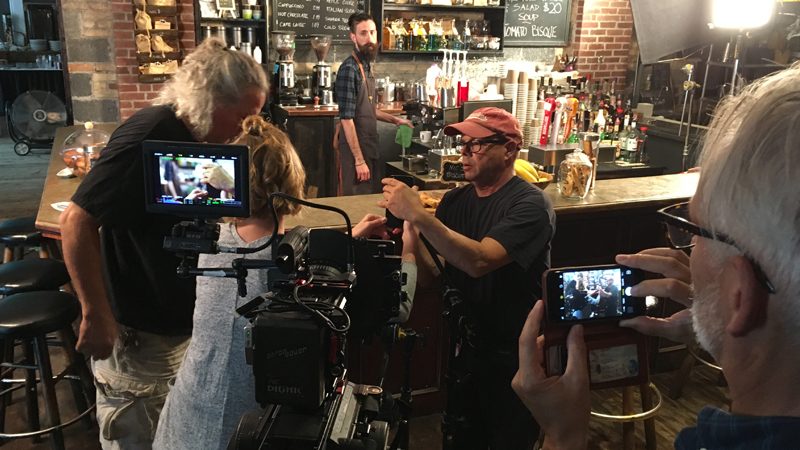 For the very last shot in the commercial, technicians adjust the placement of the actor's hand holding her cellphone, while Stephen looks on from the right. 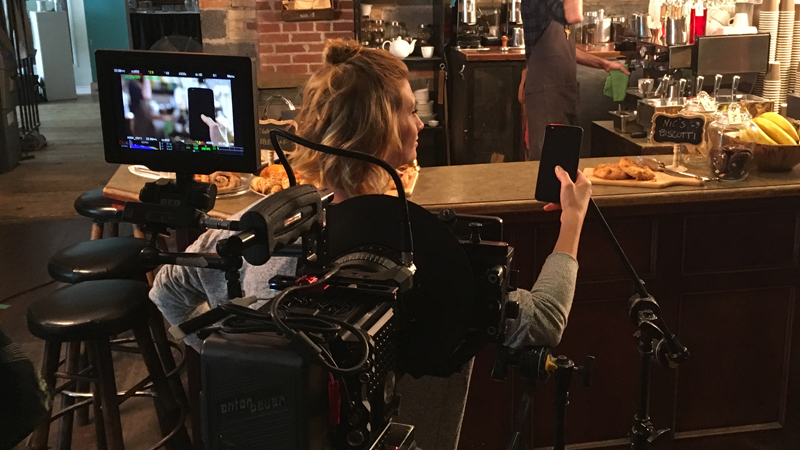 While the shot takes place, nothing is actually on the actor's phone screen. It's just blank. Java Post Production will add all the phone graphics to the screen in post-production. It's kind of what we do...in fact, "post-production" is two thirds of our company name.

Also, note the black metal stands supporting the actor's hand and elbow. This is to ensure that the phone is in the precise position we need for the shot and to keep the phone from shaking in the actor's hand. Movie magic, folks! 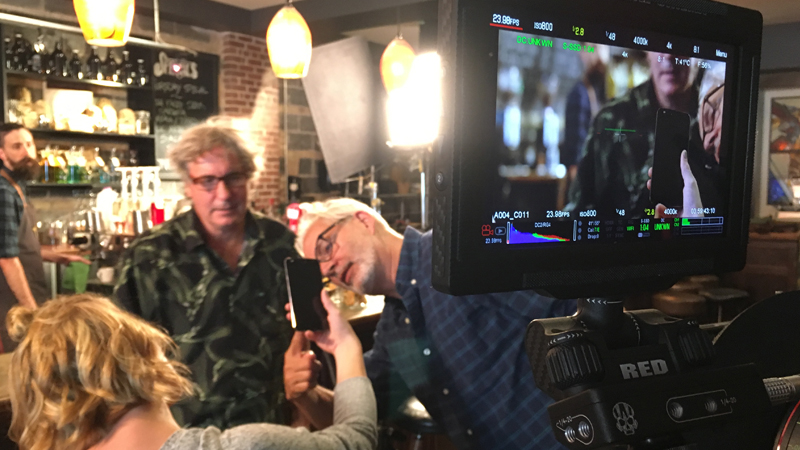 Small final adjustments are made. To the right of this photo, you can get an idea of how the final shot will appear on the screen. 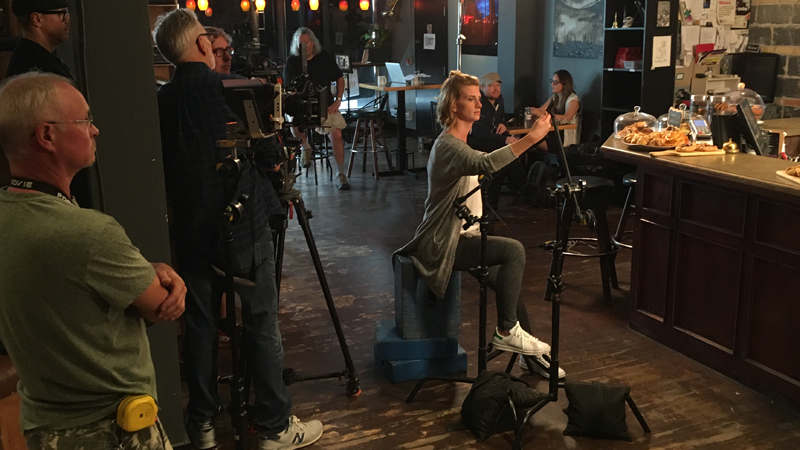 Ah...the glamour of an actor's life...sitting on a few blue wooden boxes with your arm held completely still by a couple of metal stands while a room full of strangers tell you how to swipe your thumb across a cellphone screen. 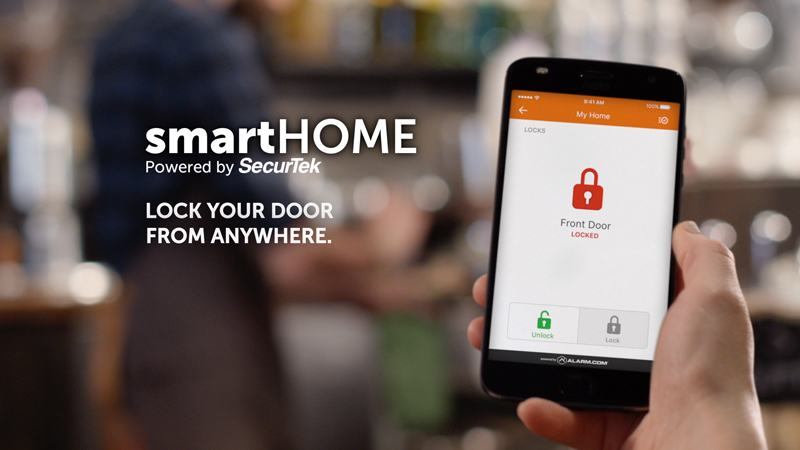 And - with graphics added to the phone screen - this is how the final shot of the commercial looked.