Behind-The-Scenes with Java Post Aerial Photography on the set of the movie, "Sudden Death."

A quick behind-the-scenes peek of the Java Post Aerial Photography crew on the set of the movie "Sudden Death" being shot in Winnipeg Manitoba. 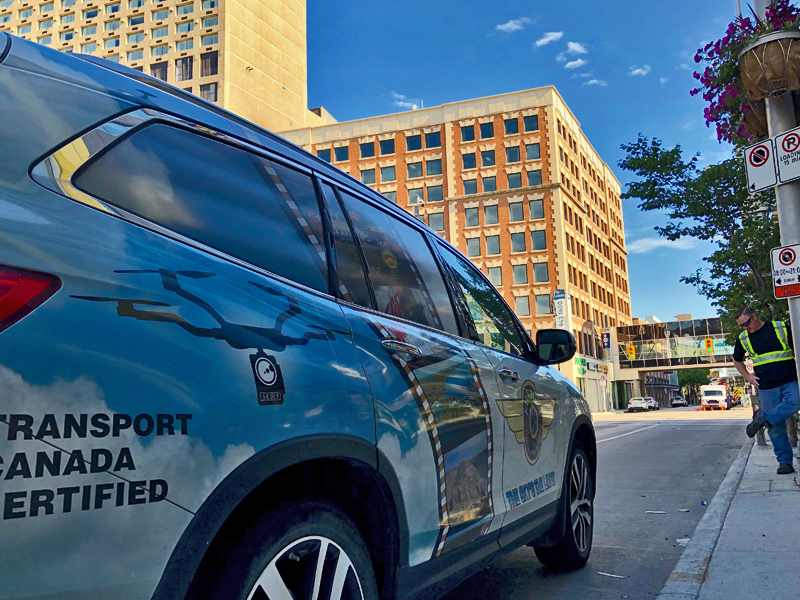 The Java Post Aerial Photography vehicle parked in downtown Winnipeg for the scenes we will be shooting. To the right of the photo, our camera operator and drone technician, Trevor Bennett, is either checking his shoes for signs of debris...or he's practicing his Irish dancing. 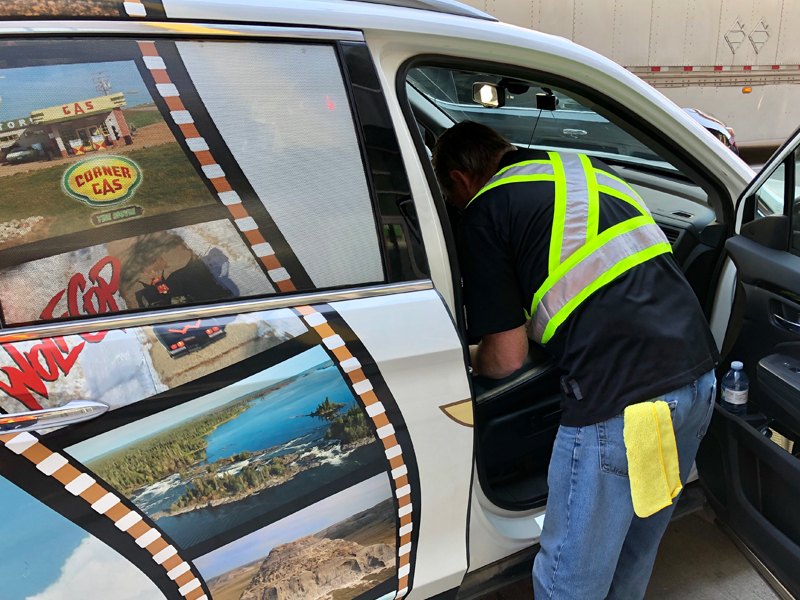 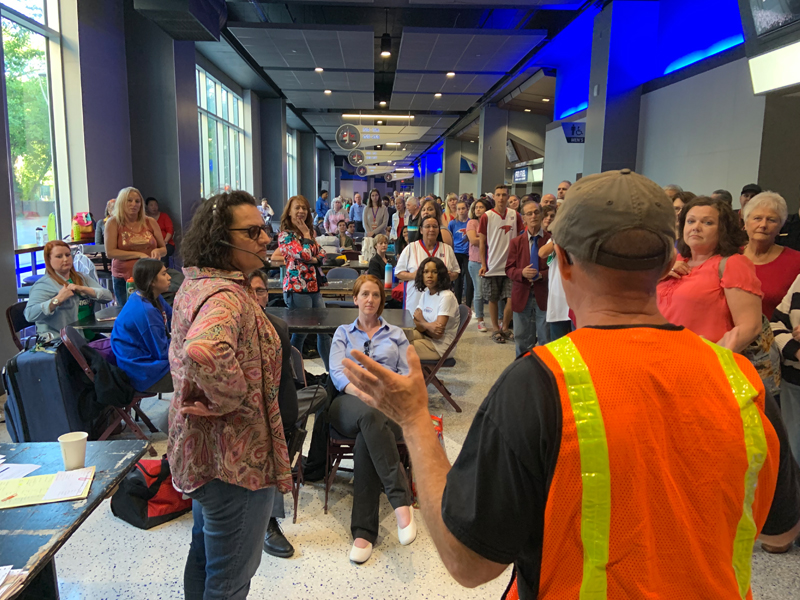 Prior to the commencement of shooting, our drone pilot Jack (foreground right, in the safety vest) gives a safety orientation to all the background actors who will be involved in the scene. 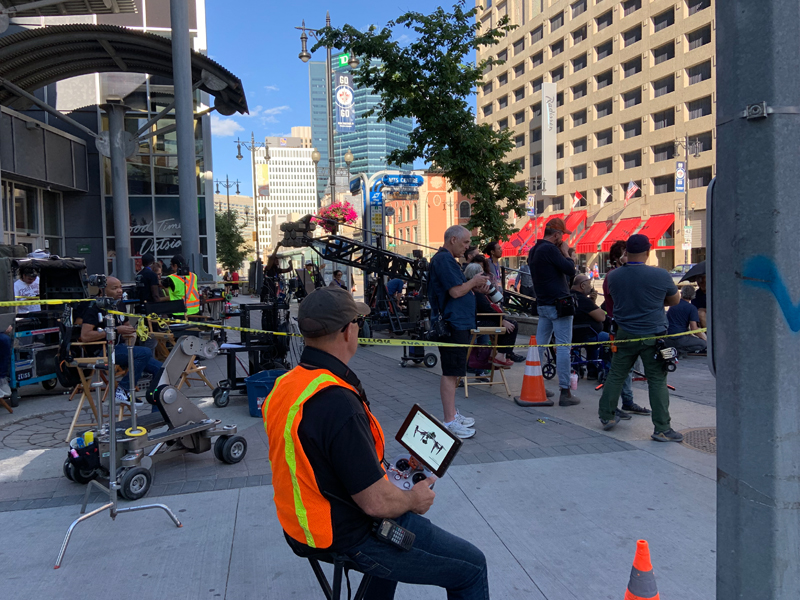 With downtown streets closed off by Winnipeg Police, the shooting can begin. Here, Jack sits and waits for instructions to launch. Those not familiar with how a movie is made would be surprised at how much waiting is involved. 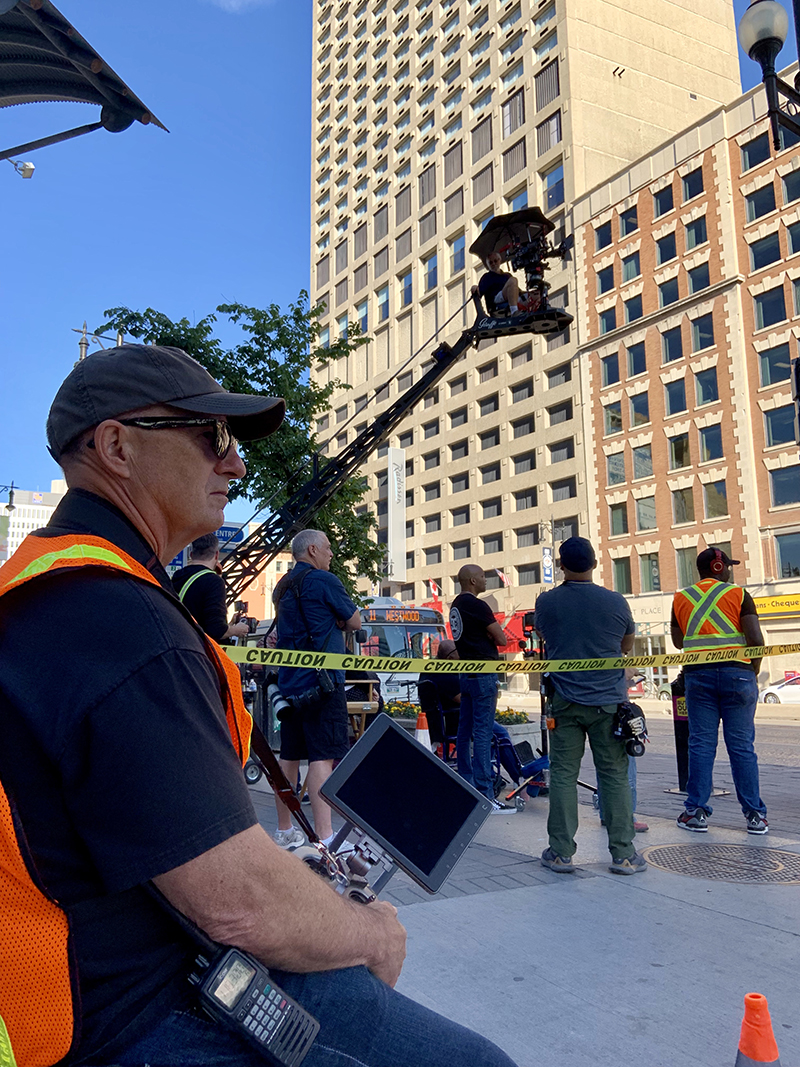 In the background, the camera crane is lifted into position. This scene - very heavy on action, with vehicles speeding around streets and so on - was shot with multiple cameras. The Java Post Aerial Photography drone camera will be one of them. Just as soon as Jack gets the go-ahead. Until then, our flight crew is on stand-by. 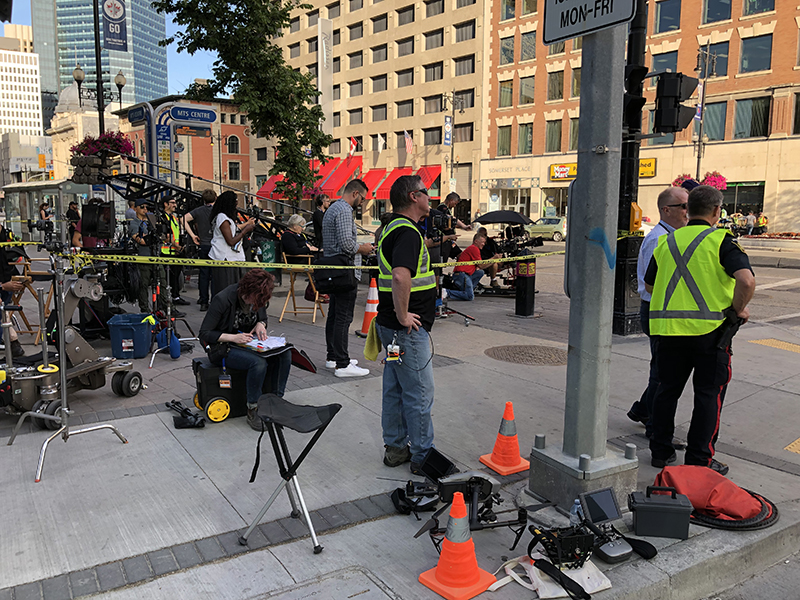 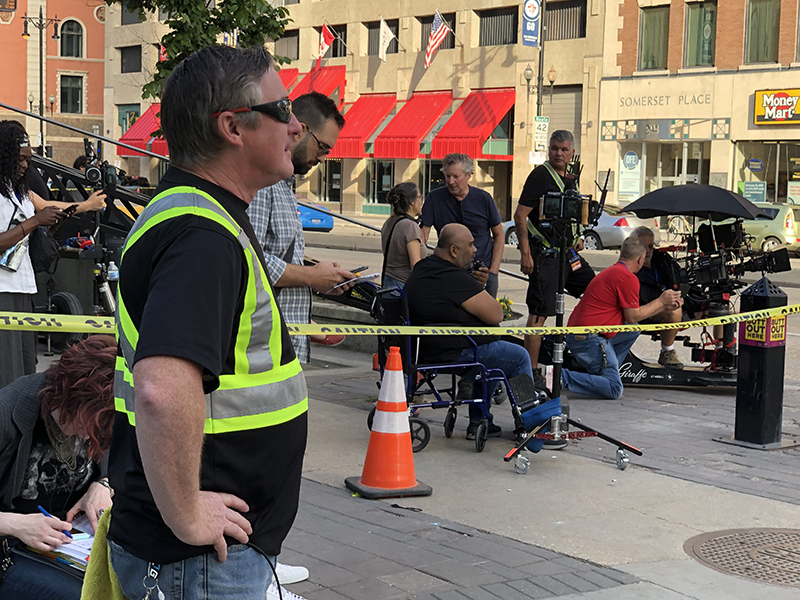 He may not look it, but Trevor is like a coiled spring, ready to explode into drone camera operating action at any moment. You can almost smell how coiled he is. Or that could be whatever was on the bottom of his shoe in that earlier photo. 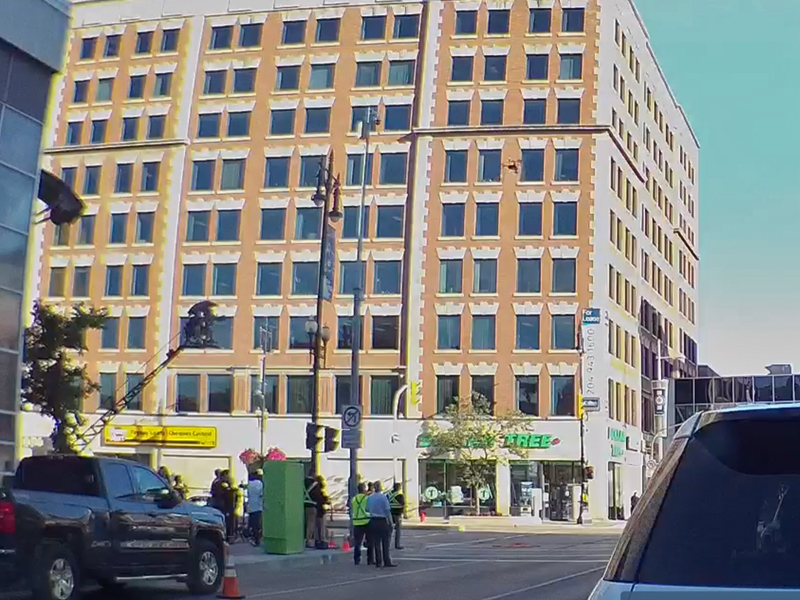 It's time for Java Post Aerial Photography to get to work, In this photo, look in the upper left. Two windows in from the corner of the building, you can see our drone in flight. 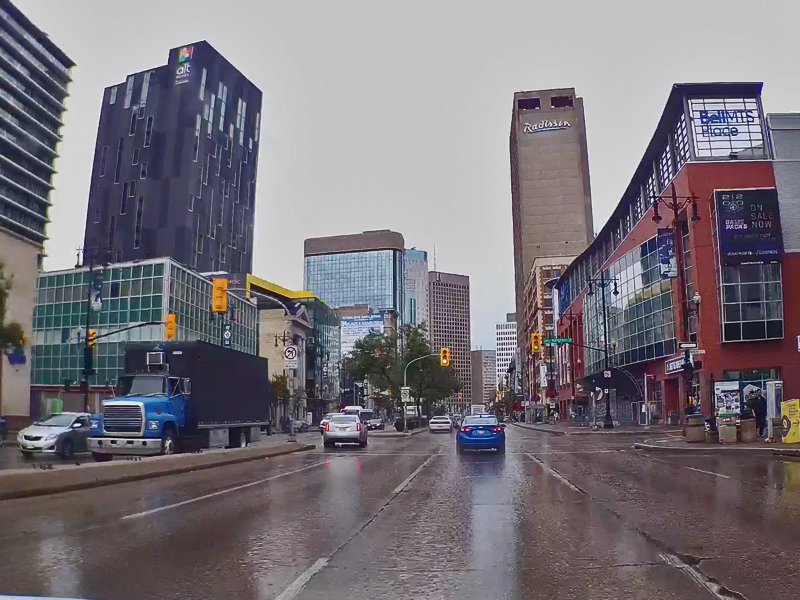 Thankfully, the rain held off until the day after our scheduled shooting day, as our crew departed Winnipeg. 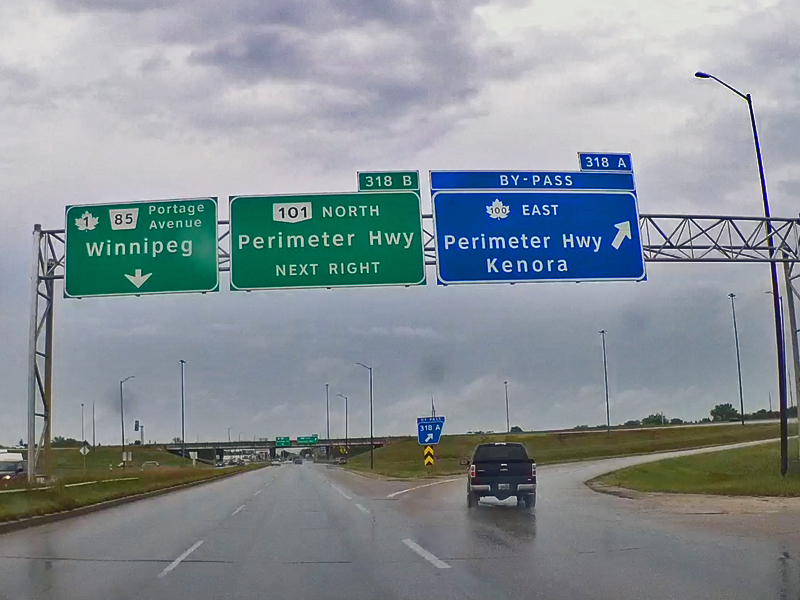 On the road headed home to Regina. A big thanks to the producers and crew of "Sudden Death" for inviting us to shoot your aerial footage. We had a lot of fun working with you and we look forward to seeing the finished movie.