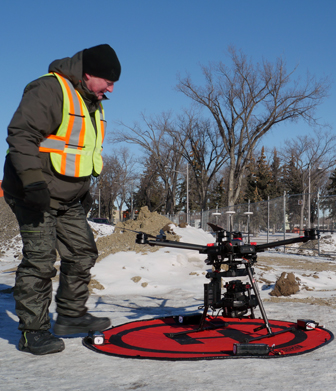 Behind the scenes shooting drone aerials at Mosaic Stadium with Java Post. 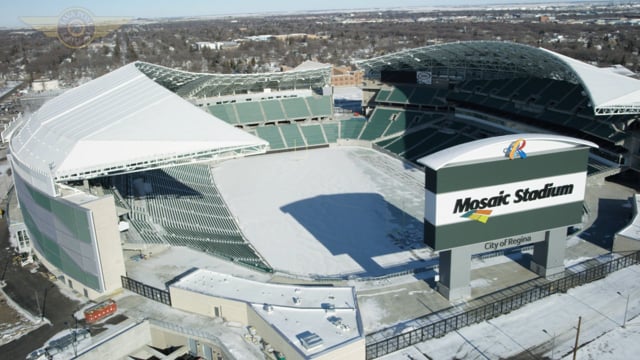 The Java Post Aerial Photography crew recently did some flying around the newly-constructed Mosaic Stadium in Regina, Saskatchewan, Canada. This coming June, Mosaic Stadium will open as the new home of the Canadian Football League's Saskatchewan Roughriders.

While we were conducting our flight operations, CTV Regina reporter/videographer Wayne Mantyka came out to record the proceedings for a news story.

Below are a few behind-the-scenes photos of our crew at work. To view some of the aerial footage we shot that day, click on the "related project" video. 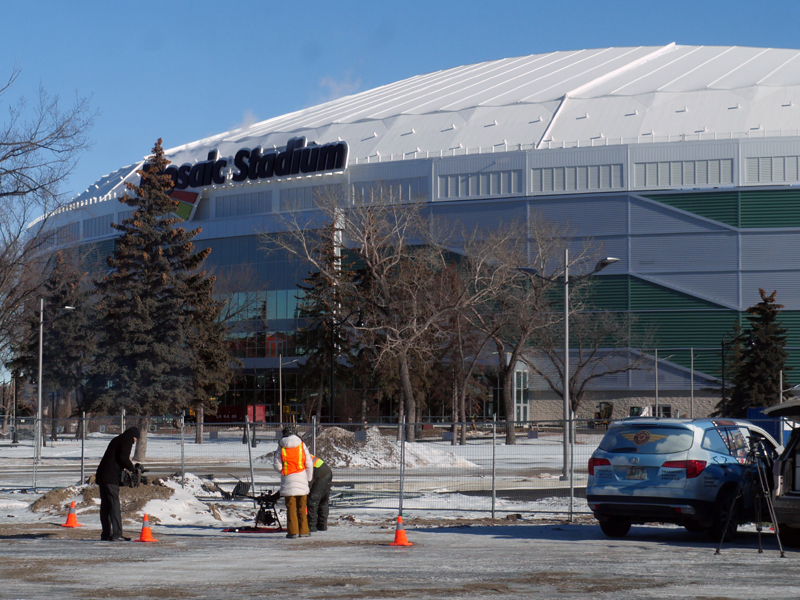 With the newly-constructed Mosaic Stadium in the background, our Java Post Aerial Photography crew preps for launch. 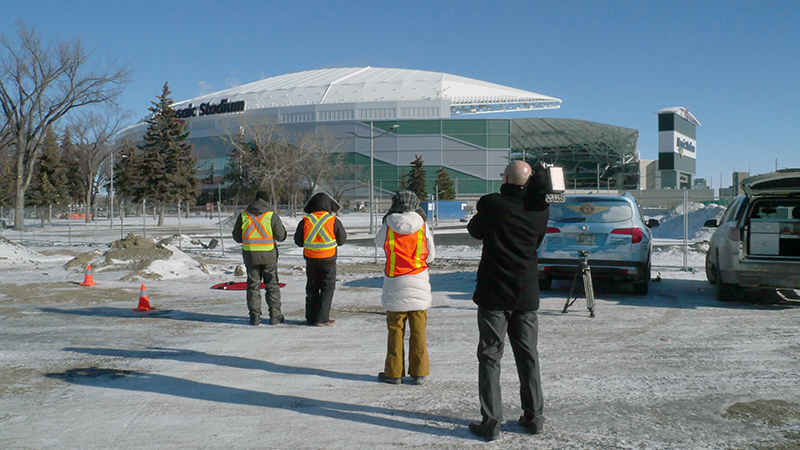 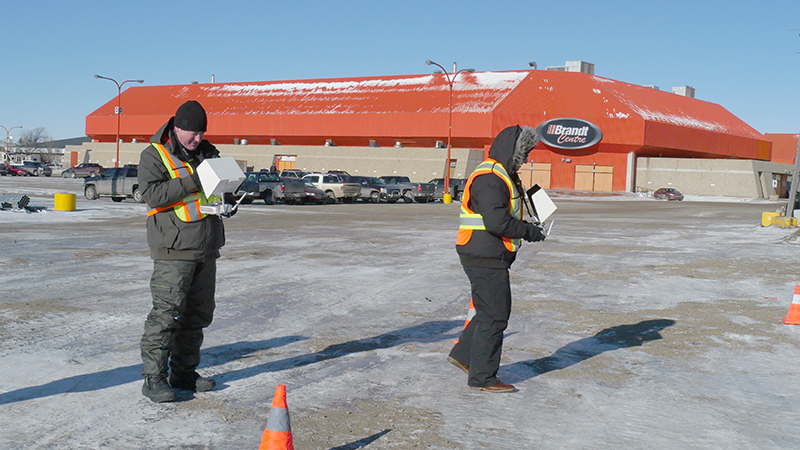 Left to right: our secondary pilot/camera operator/UAV technician Trevor Bennett and our primary pilot, Jack Tunnicliffe. As you can tell from their clothing, it was a very cold day. 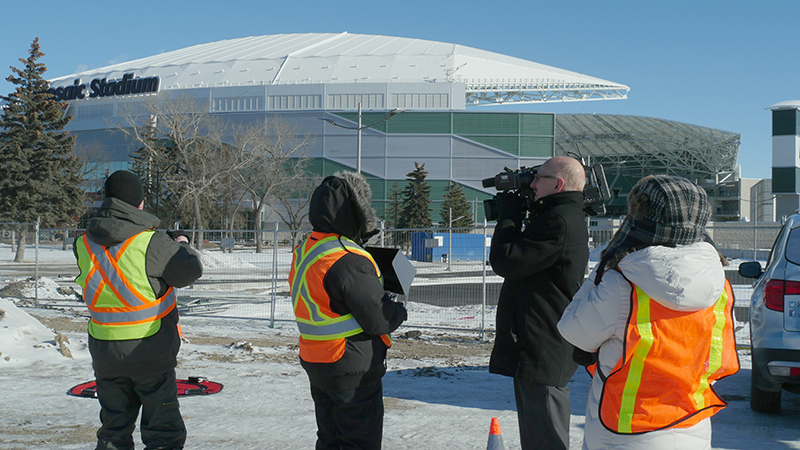 CTV Regina's Wayne Mantyka gets a close-up shot of our drone operators at work. 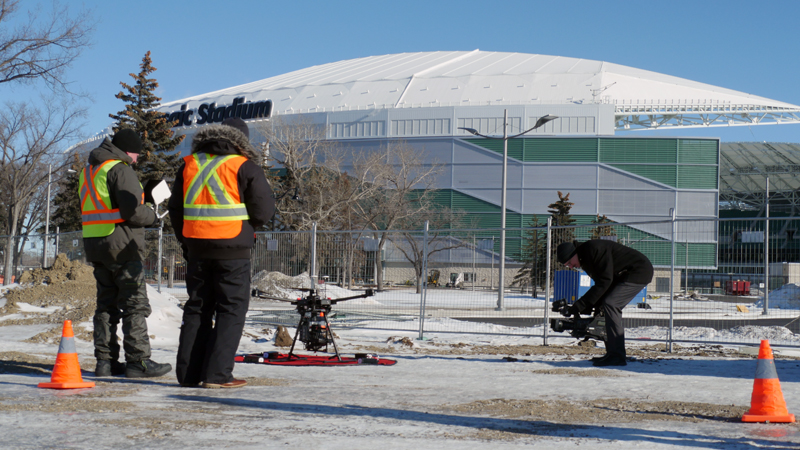 As we prepare to launch our DJI Matrice 600 and REDCAM RAVEN camera, Wayne crouches down for a drone-level shot. Don't worry Wayne, we won't power it up until you're well clear of the launch area. 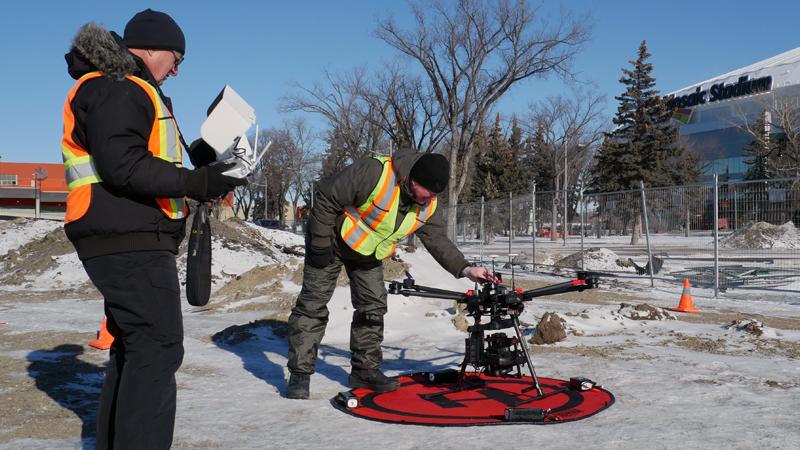 As Jack looks on, Trevor preps the drone for launch. 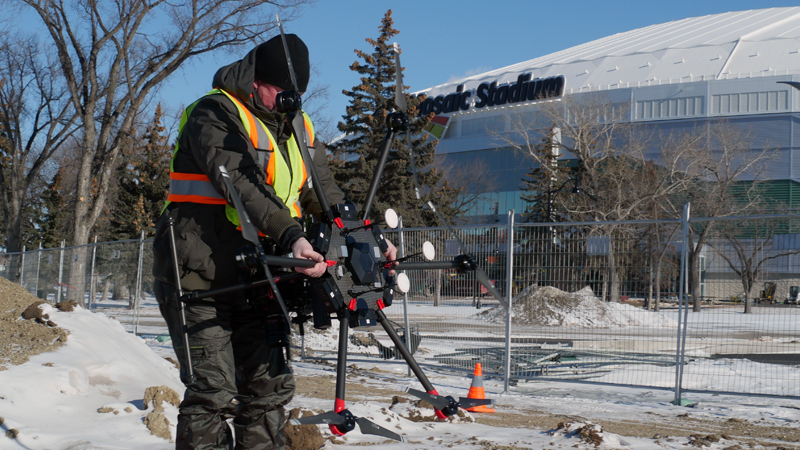 This shot gives you an idea of the size of our DJI Matrice 600. Trevor is actually calibrating the GPS antennae on the drone, holding the drone in different directions to allow the antennae to lock onto various GPS satellite signals before launch. 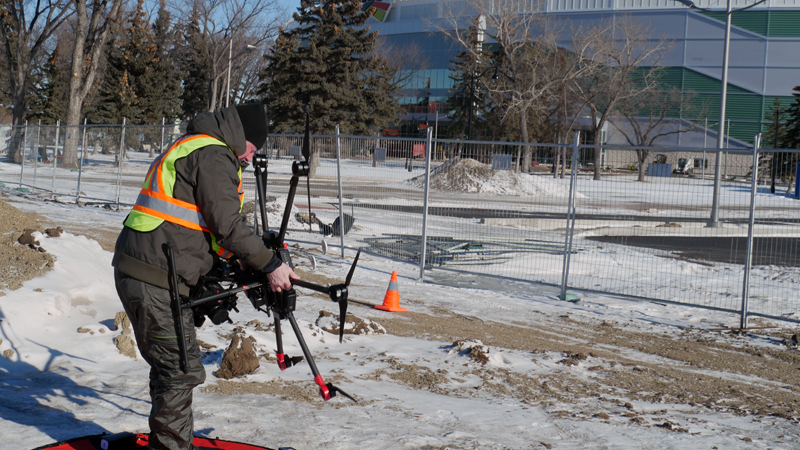 It looks like Trevor is showing the drone where it's supposed to fly. "Go fly over there around that stadium." :) 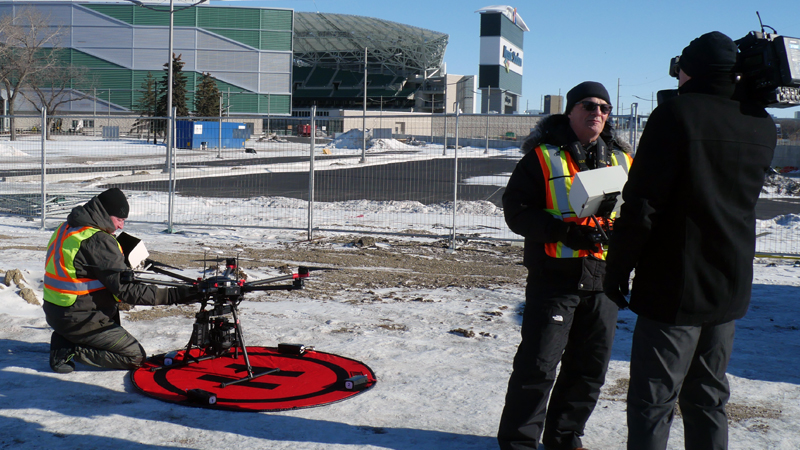 While Trevor works, Jack does an interview with Wayne. After all, there are perqs that come with being the boss. 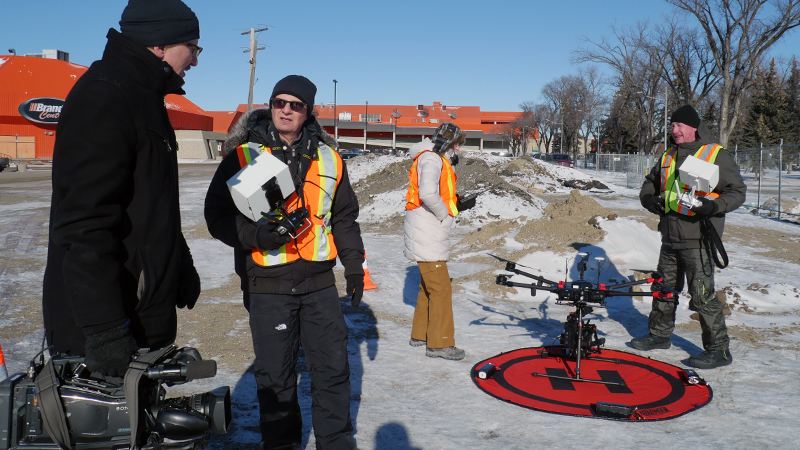 And that's a wrap! Thank you to Wayne Mantyka from CTV Regina for coming out to do a story on Java Post Aerial Photography,