Java Post Production recently undertook the creation of four 15-second commercials for DirectWest, promoting their MySask411 search app. Taxi is the advertising agency for the campaign.

Two of the commercials required the skills of our Java Post Aerial Photography crew. Watch this video for a behind-the-scenes look at the aerial shooting of one of the DirectWest commercials, which involved flying our UAV (unmanned aerial vehicle, AKA "drone") above a riding lawnmower. At the end of the video, you'll see the finished commercial.

Below are a few behind-the-scenes photos taken on location at a farm yard near Regina, Saskatchewan. 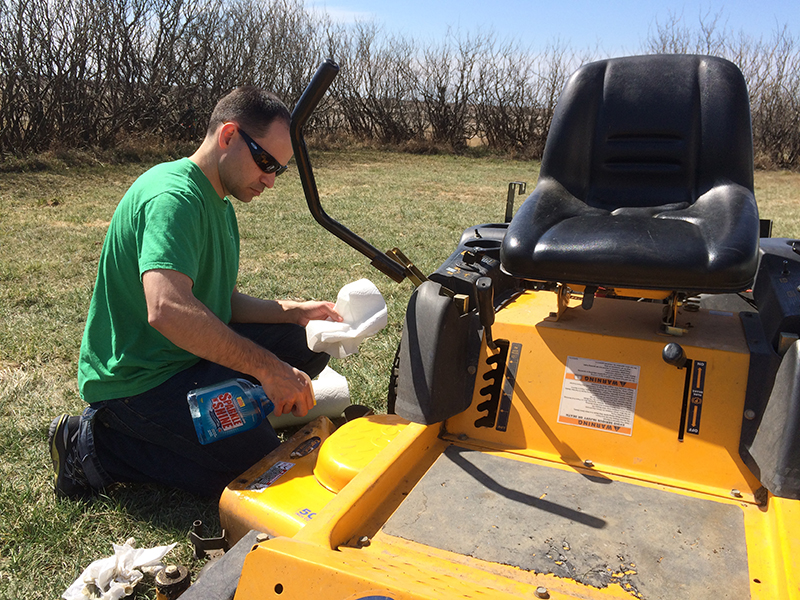 The riding mower gets a pre-shoot clean up from Java Post's Randy Shumay. We need the mower ready for its close up. We don't care if Randy gets dirty, since he's not going on camera. 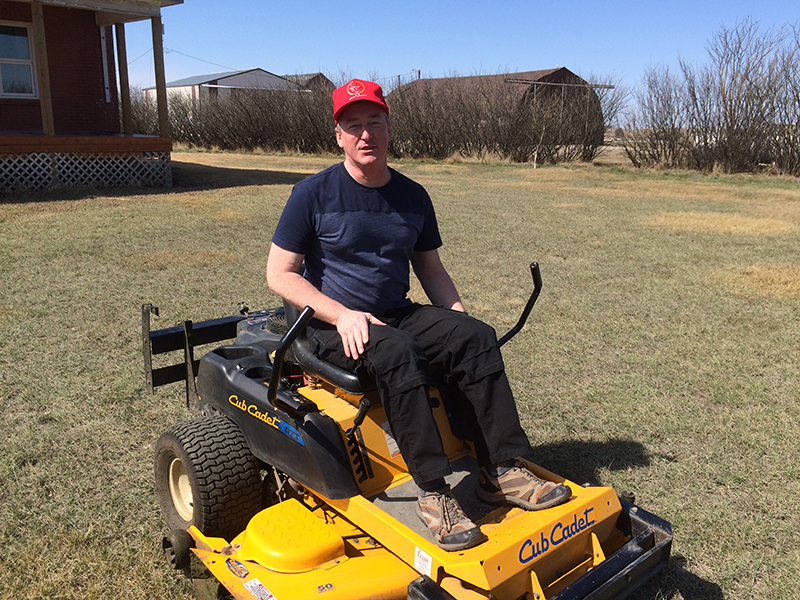 In his first acting role, the part of "lawnmower driver in red hat"  will be played today by Java Post Aerial Photography UAV technician and gimbal operator Trevor Bennett. Having Trevor do this makes sense for several reasons: 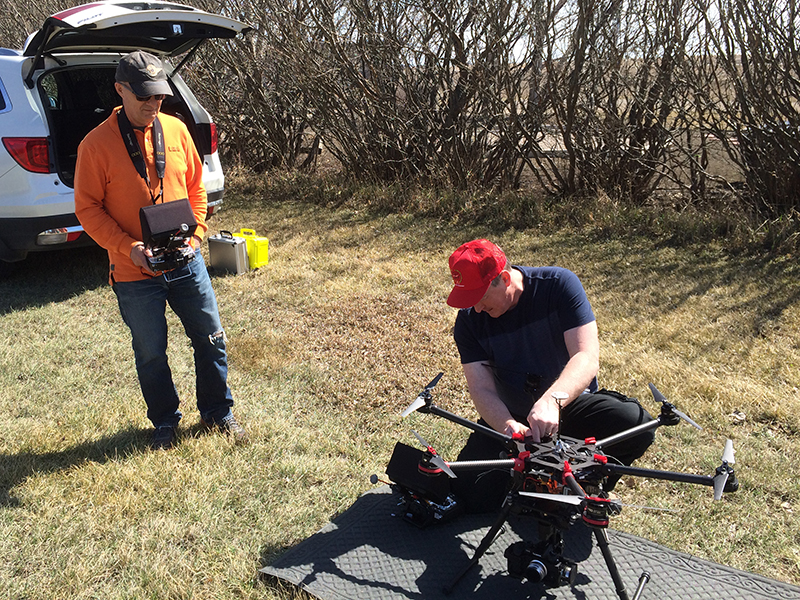 However, before he can begin his thespian tour de force, Trevor has to be his usual UAV technician self and prep the UAV for flight. Java Post Aerial Photography senior pilot Jack Tunnicliffe looks on. 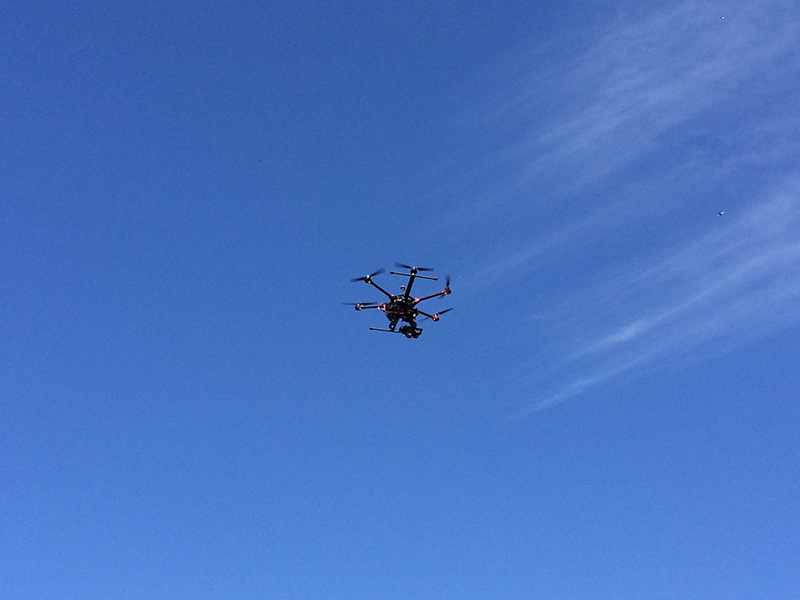 With the UAV in the air, the next step is positioning the drone and framing up on the shot on camera. 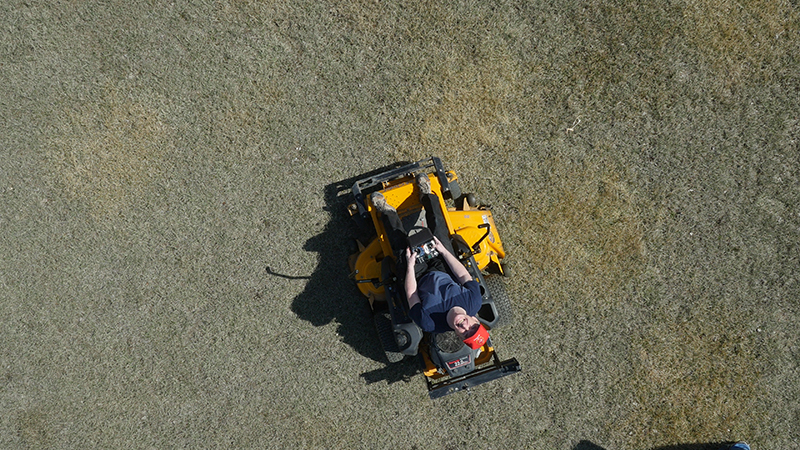 Here we see the camera's view as we put Trevor to work again by handing him the gimbal controller so he can line up the first shot, right over his head. 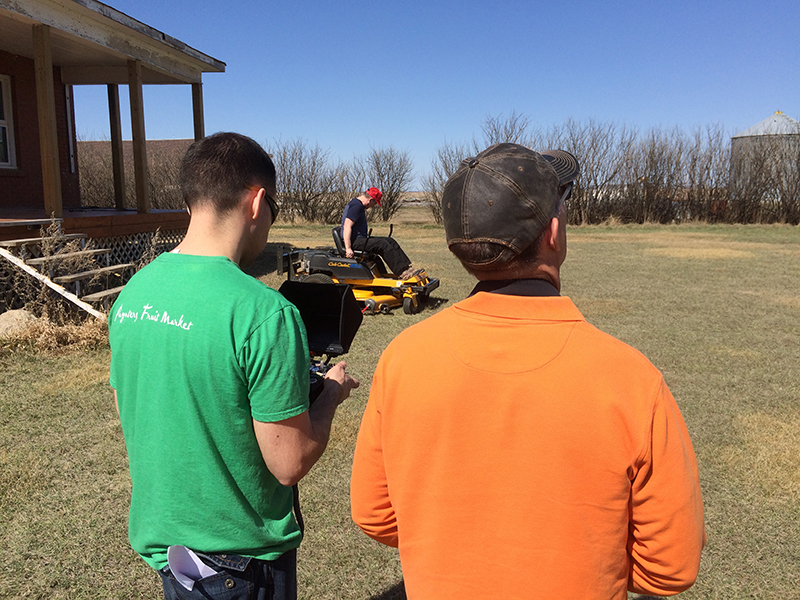 With the first shot lined up, Randy (left) steps in to control the camera gimbal while, in the background, Trevor gets ready to act like he's driving a riding mower. Or should we say Trevor is not acting, he's e-mow-ting? #LawnmowerActingPun 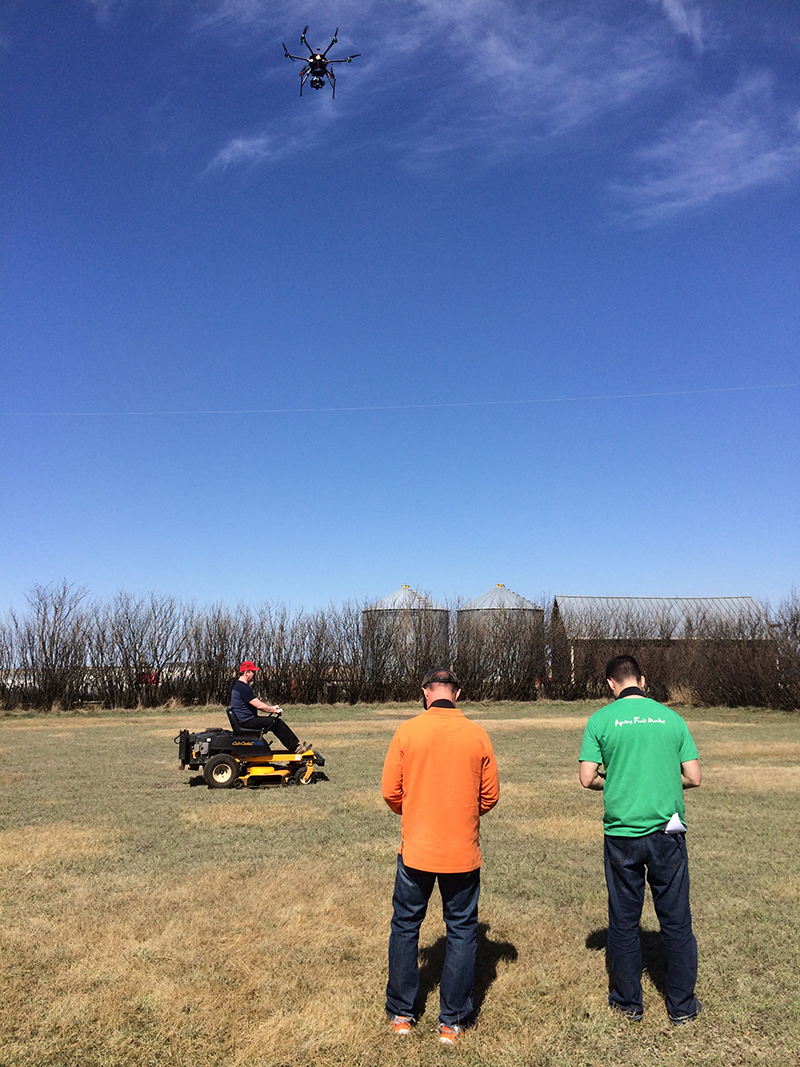 Trevor makes a few mowing passes directly beneath the stationary UAV, while Jack and Randy look down to watch their camera and UAV monitors. Or perhaps Jack and Randy are bowing their heads in prayer, hoping the UAV doesn't come plummeting down into Trevor's lap? Naah! They're watching the controller monitors. 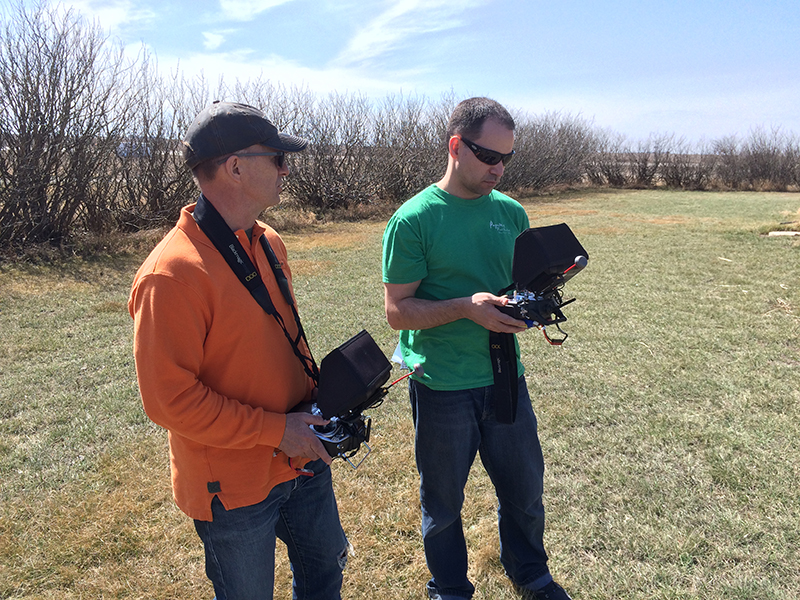 Jack and Randy discuss if any adjustments are needed for the next mower pass. It's a pretty simple static shot looking straight down at the ground so there are only a few ways you can shoot it. 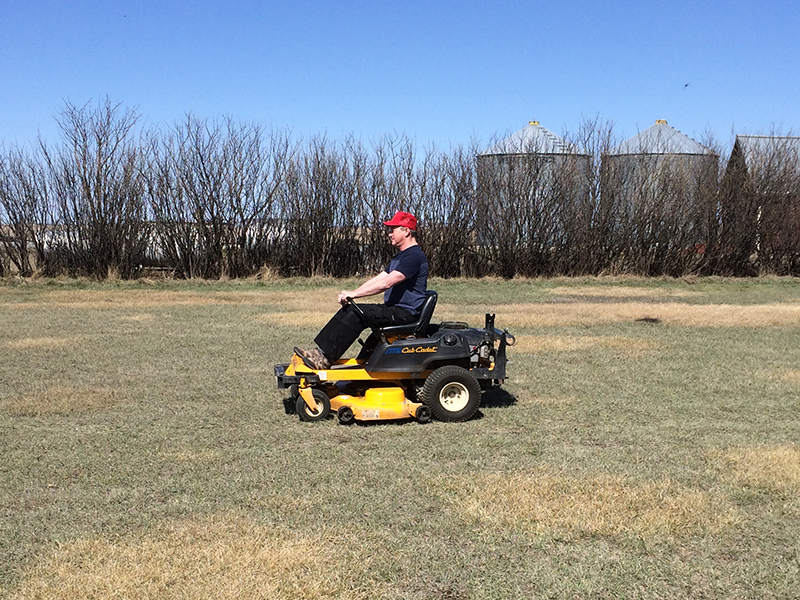 Trevor, doing what has to be considered Academy Award-worthy lawnmower acting, makes another pass across the grass. 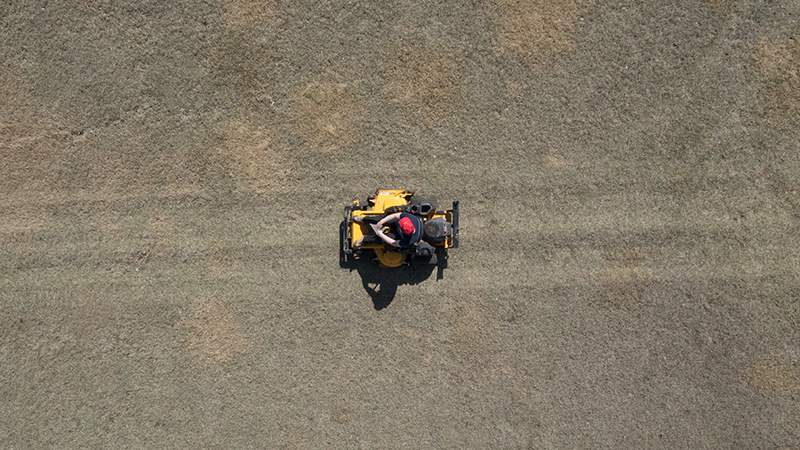 And here is what the aerial camera saw. That's some fine mowing, Trevor. Don't worry, we'll add in the green grass during post-production. 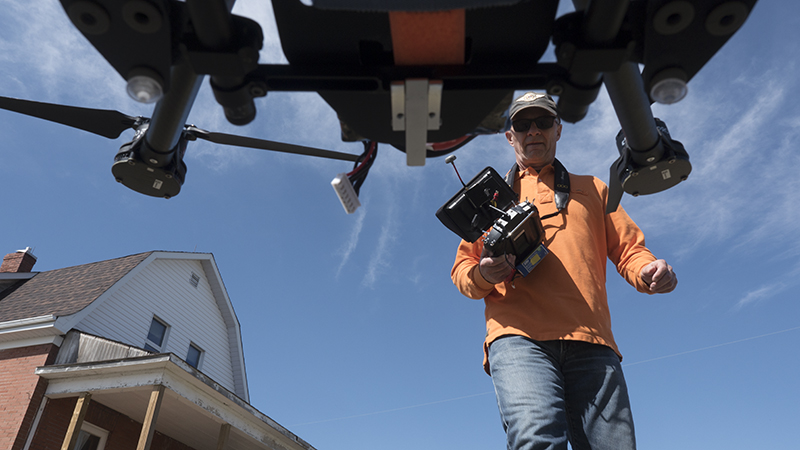 And here's the very last thing a UAV camera sees before it's turned off: our pilot, Jack.

There's a joke in there about Jack and "the last thing you see before you're turned off." but we'll leave that for another time.