A peek behind the scenes with Java Post at the single-take shoot for SaskTel's "VIP85" commercial. 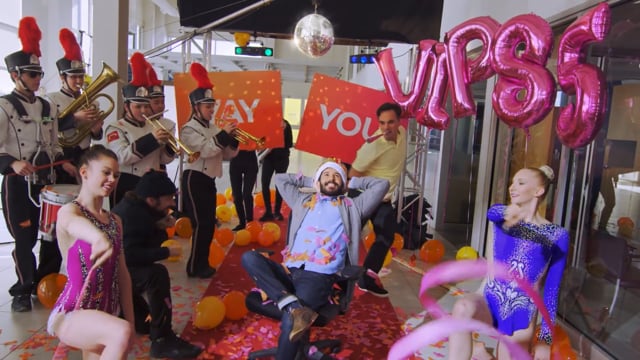 Let's take a behind-the-scenes look at the shooting of the "VIP85" commercial for SaskTel. Produced by Java Post Production for MGM Communications and directed by Stephen Hall, everything had to happen in one continuous shot. And there was a lot happening. In the video above you can watch two of our attempts to get everything to happen right WHERE we needed it to happen, at exactly WHEN we needed it to happen.

Click on the Related Project video to see the finished commercial.

Below, you can see some behind-the-scenes photos taken during the shooting day. 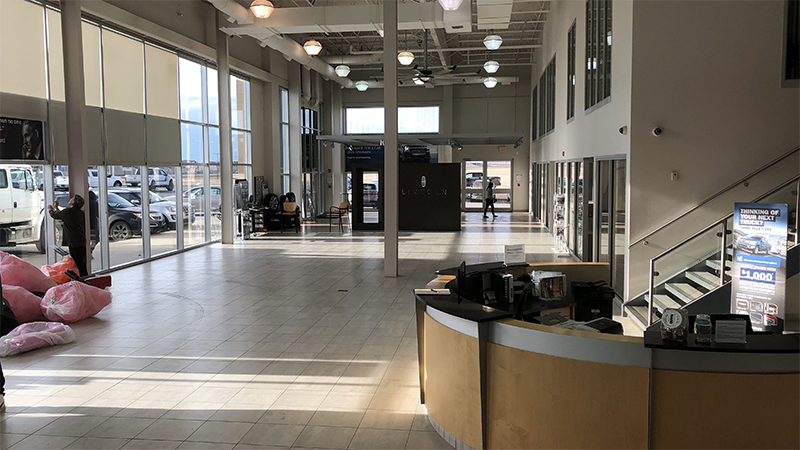 Our filming location - the large indoor display area at a local automotive dealer, temporarily emptied of vehicles for our benefit - before our crew members got their collective hands on the space. 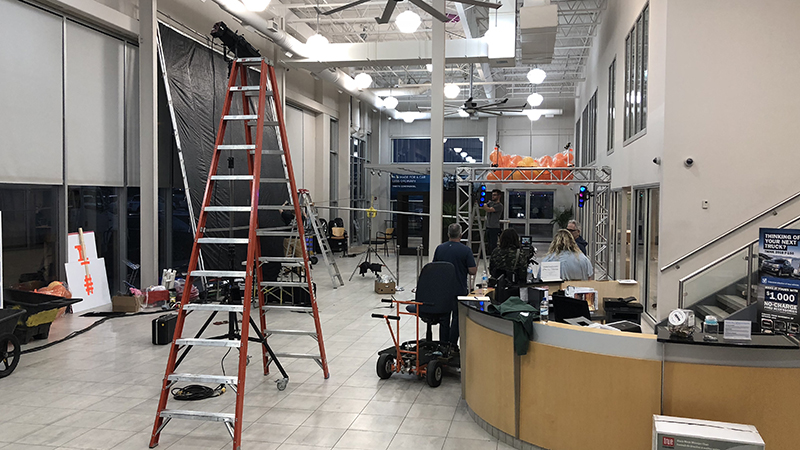 The same location, a little while later. 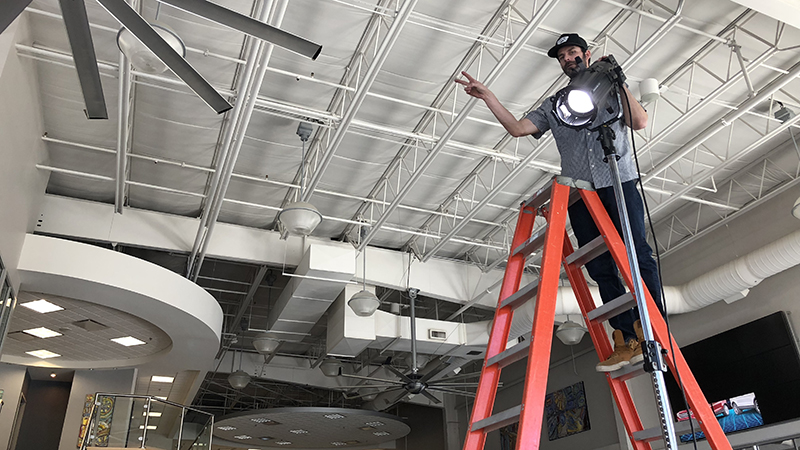 In this business, the ladder of success usually has a lighting fixture at the top of it. 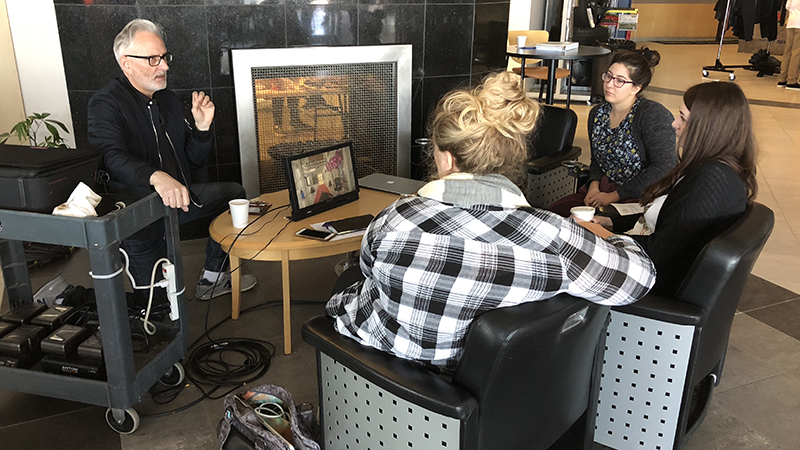 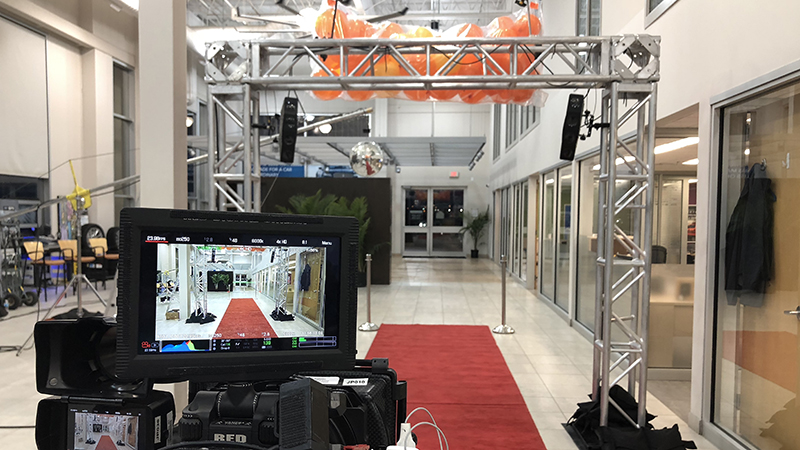 Viewed through the camera monitor, the scene is almost set for shooting. 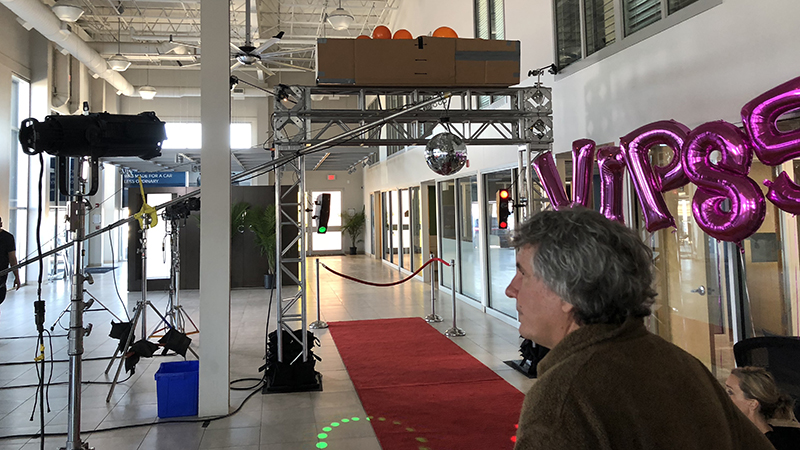 Director of Photography (DOP) Mark Dobrescu checks out the set up. 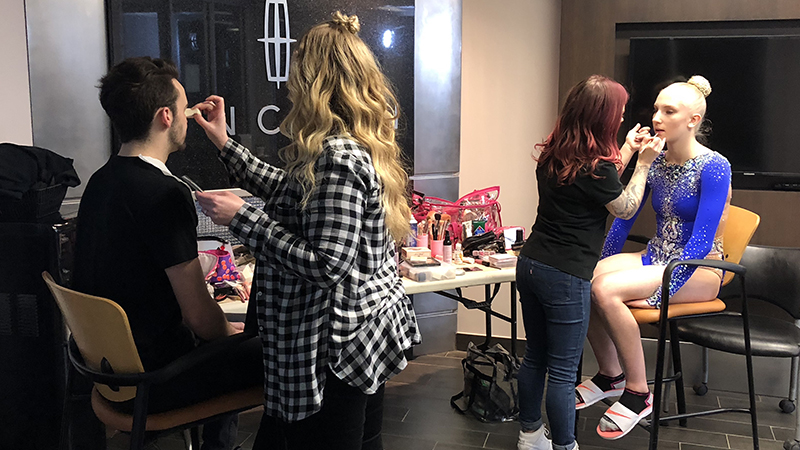 Meanwhile, our on-camera talent is busy with wardrobe and makeup. 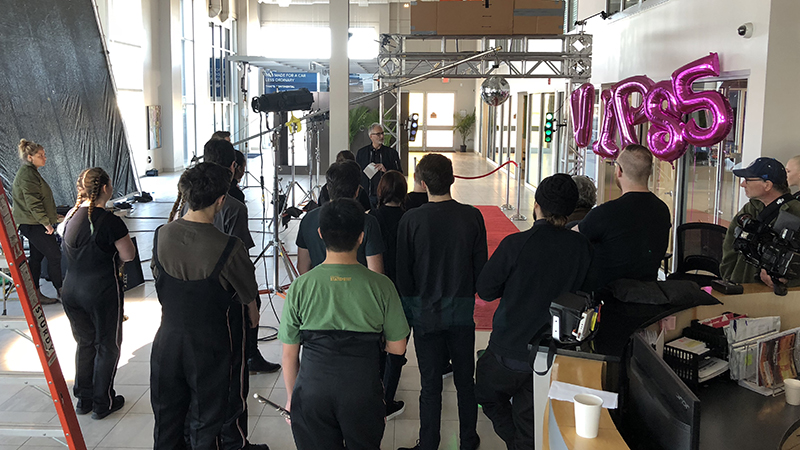 Prior to rolling camera on the first take, director Stephen Hall (centre of shot) gathers the crew to review the shooting plan. 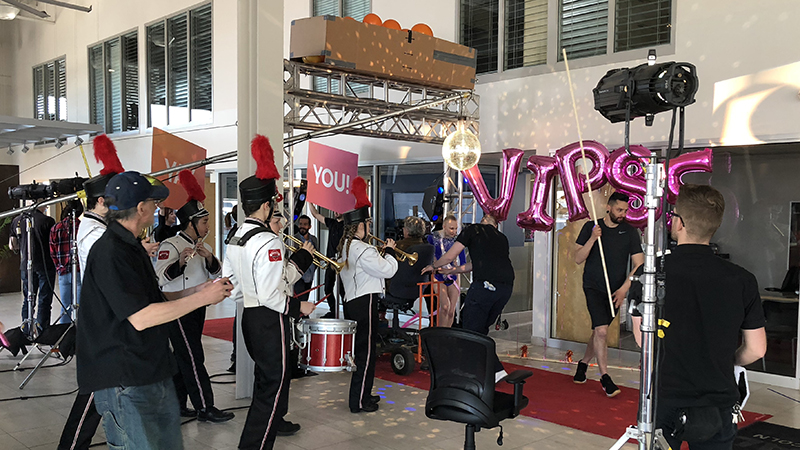 And here we go! There are lots of actions from lots of people (both cast and crew) that have to be carefully coordinated and timed if this is going to all come together for the camera lens. 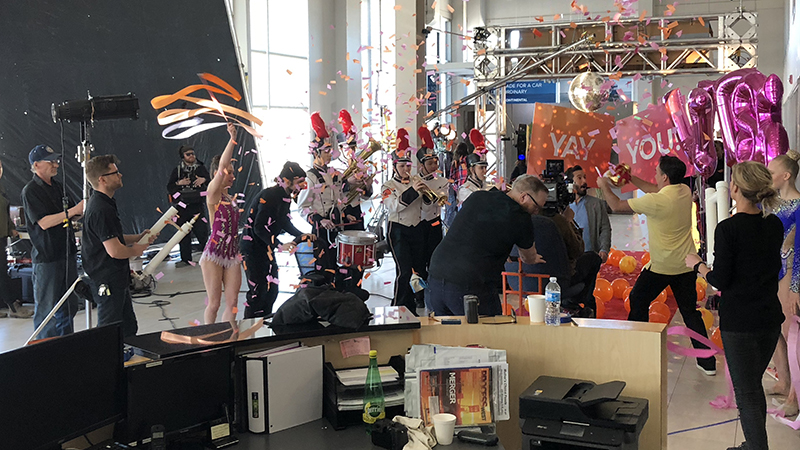 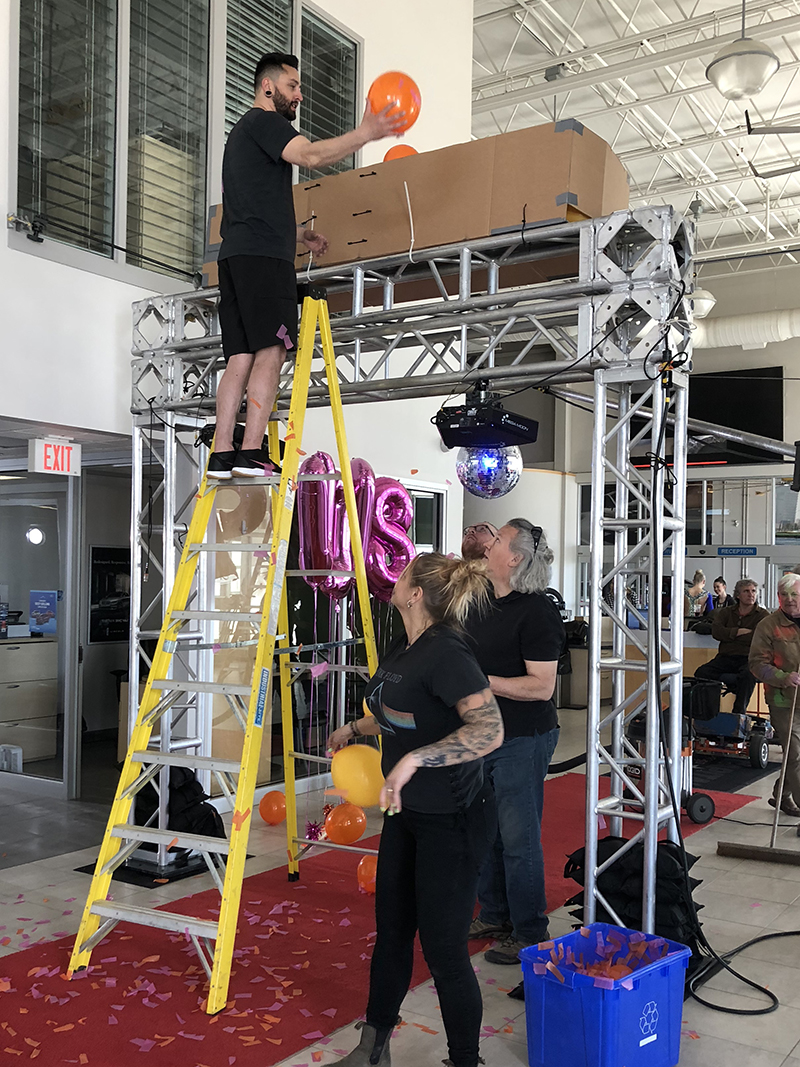 And then it's time to reload the balloons and get everything set again for the second take. 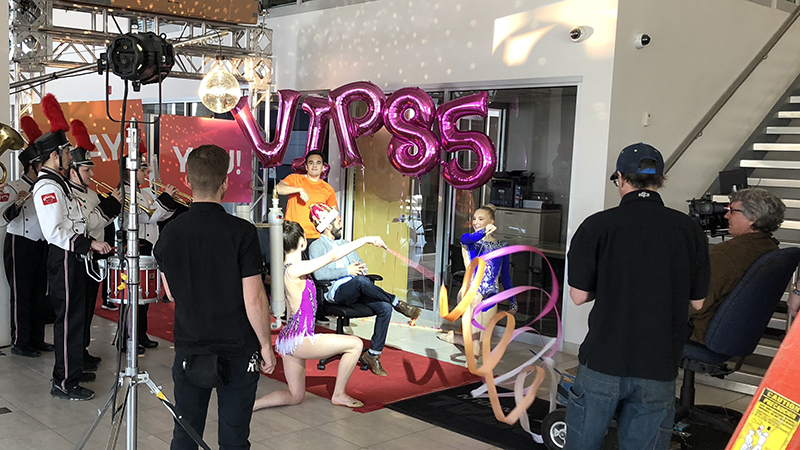 As the camera held by DOP Mark Dobrescu (far right) dollies backwards down the red carpet, all the action (on-screen and off) is repeated until we get a single, continuous take that makes the director, client, and agency representatives happy. 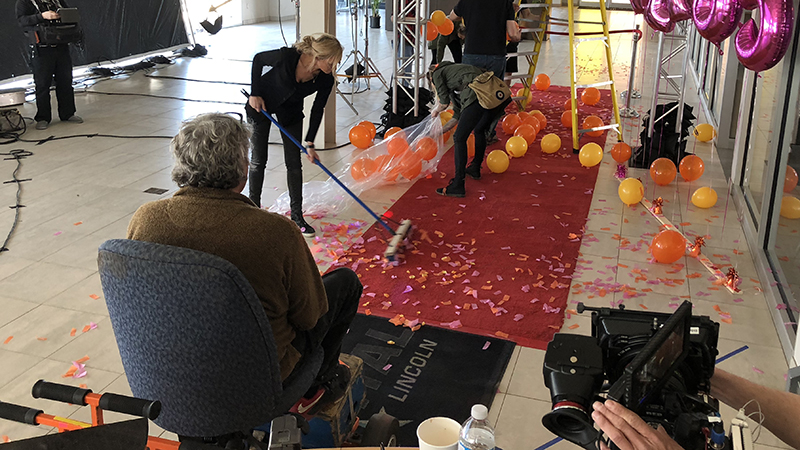 In between takes, the brooms come out to sweep up all the streamers and confetti so it can be reused in the next take. This is the glamorous side of show business that we don't talk about much. :)