Courtesy of our friends at Talking Dog Studios, here's the 360° virtual reality test video Java Post Aerial Photography took a few days ago. We hung six GoPro cameras from one of our UAVs (AKA "drones") to capture overlapping camera images, which Talking Dog Studios then stitched together into an immersive, 360° image.

If you are watching this on a desktop, drag your computer mouse up/down/left/right on the video to get the 360° view.

Also, the YouTube app on your phone should have a toggle to let you watch the video in "Cardboard Mode." (No, I don't know what that is, either. Crazy kids these days and their Star Trekky stuff...)

The direct link to the video is: https://youtu.be/KC4W0YCoHAU 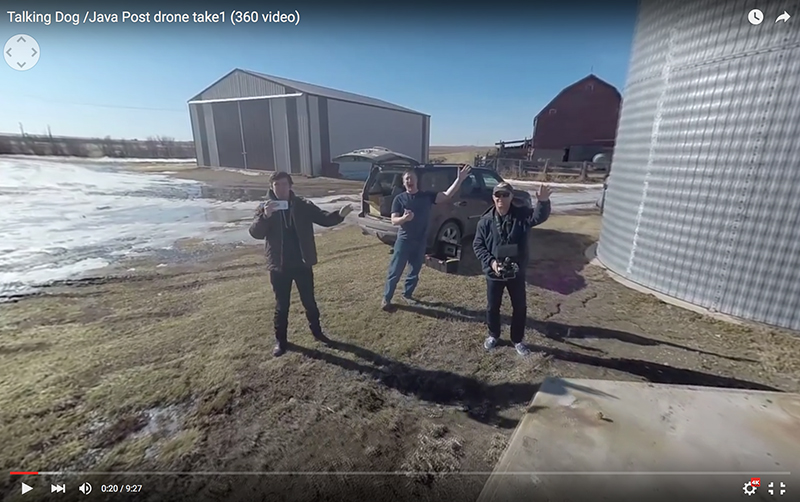